Money Doesn’t Grow on Trees… but It Does Float in Mykonos!

You have seen him paint on buildings, paint on cars, he even paints Hermes Birkin bags, but never have you seen this float in Mykonos!!!

The picturesque beaches of Mykonos Island are usually filled with sun-tanned tourists, bikini-clad celebrities, and never-ending parties throughout the summer. Until now, this Mediterranean paradise has never seen anything more. However, as of today, the famed celebrity graffiti artists Alec Monopoly in partnership with Eden Fine Art Gallery have installed the largest floating sculpture these beached have ever seen! 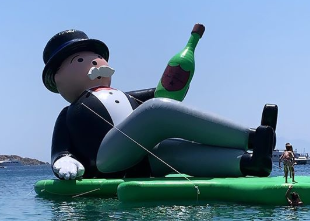 A giant version of Monopoly’s signature character, Rich Uncle Pennybags, has just joined the crowds of cosmopolitan tourists on the beach of Nammos Village, Mykonos. Floating in the clear blue seas beneath the brilliant Mediterranean sun, this floating sculpture truly portrays a day in the life of the glamourous tourists on the island. 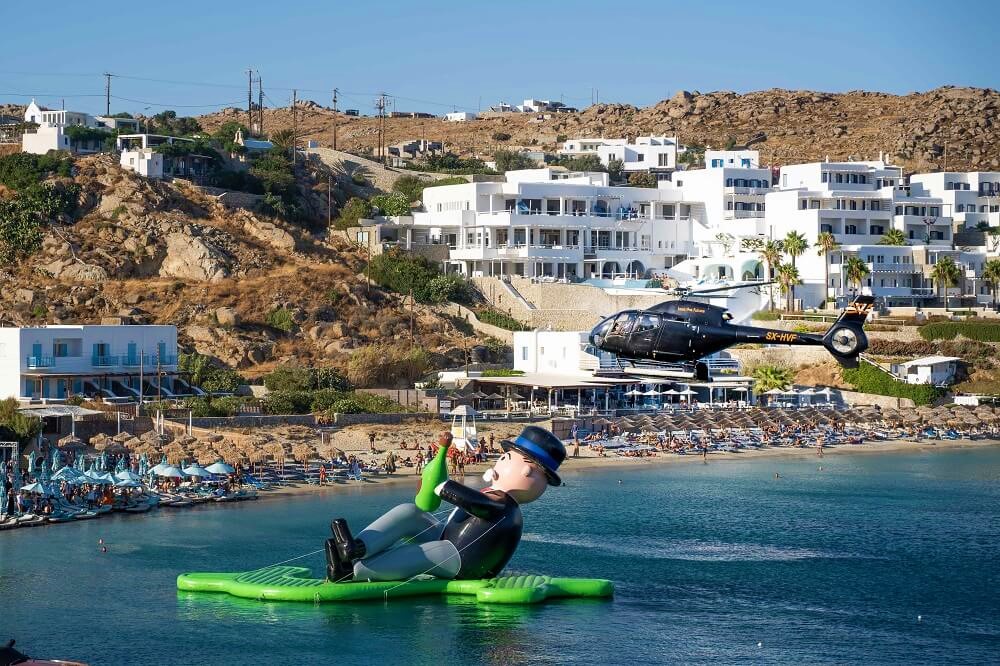 Rich Uncle Pennybags, who also goes by The Monopoly Man, marks a turning point in Alec Monopoly’s career as an artist. The character was first used by Alec in 2008 to depict Bernie Madoff, the face of corporate greed and billion-dollar bailouts. Since that first depiction, Rich Uncle Pennybags was commissioned many more times and eventually grew to represent more than just the financial collapse of 2008. Now his image has shifted to represent capitalistic materialism, the drive to achieve success, and how that success is expressed through the screens of social media. Alec himself has taken on the pseudonym ‘Monopoly.’ Along with the name, the top hat and golden chains, Alec Monopoly himself represents the culture he depicts in his artworks.

“The life I live is my artwork.” – Alec Monopoly 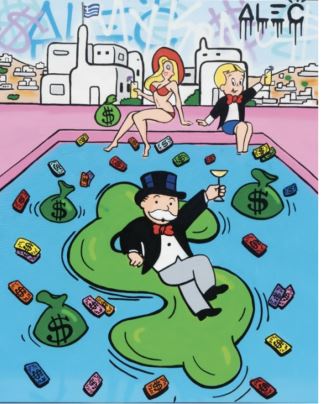 Originally from New York City, Alec Monopoly is now a global sensation. With over 1M followers on Instagram, Monopoly has established himself as one of the foremost artists of the graffiti genre. Every one of his artworks is original and portrays his light-hearted approach with bright colors and bubble letters, always making the viewer smile.

No stranger to Mykonos or the public lifestyle than comes along with the fame, Alec has already posted online his arrival to this popular island, and the massive floating sculpture that can be viewed from every hotel and restaurant in town.

The brightly colored character is the largest installation this Mediterranean paradise has ever seen! The work was launched as an integral part of the exhibit $PF Monopoly, set to kick-off with Alec Monopoly himself live painting on the sculpture while guests and travelers look on from the nearby Psarou Beach in Nammos Village. This float in Mykonos is expected to go viral, nothing like this has ever been done before. 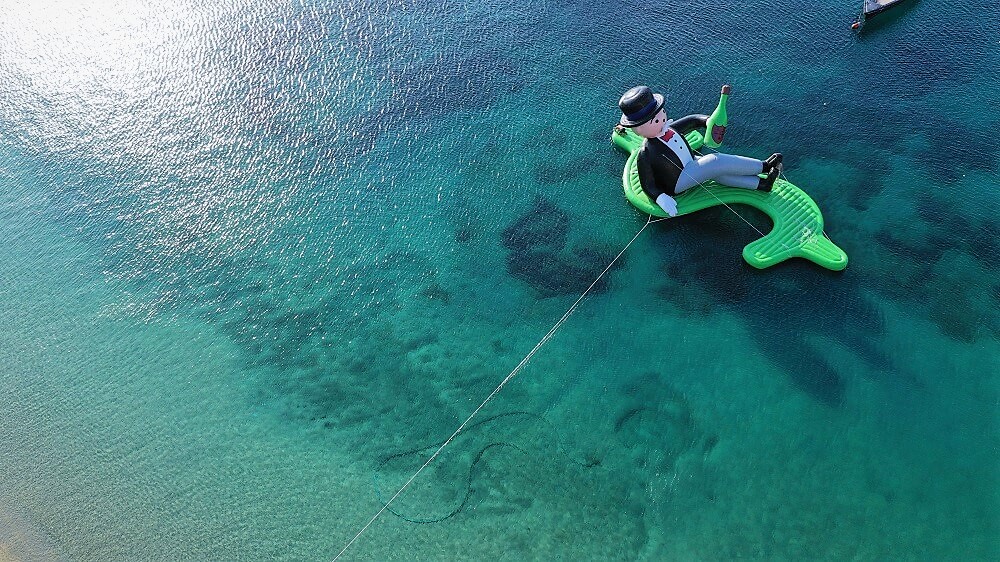 Monopoly’s celebrity status has already drawn eyes as visitors to the island are excited to get through the doors of Eden Fine Art Gallery to view his latest works, but nothing can compare to the too-big-to-ignore Pennybags lounging on his $ float in Mykonos, nearby the gallery. In Monopoly’s recognizable portrayal, this character is working on his tan with a bottle of champagne in hand, not unlike Alec himself. 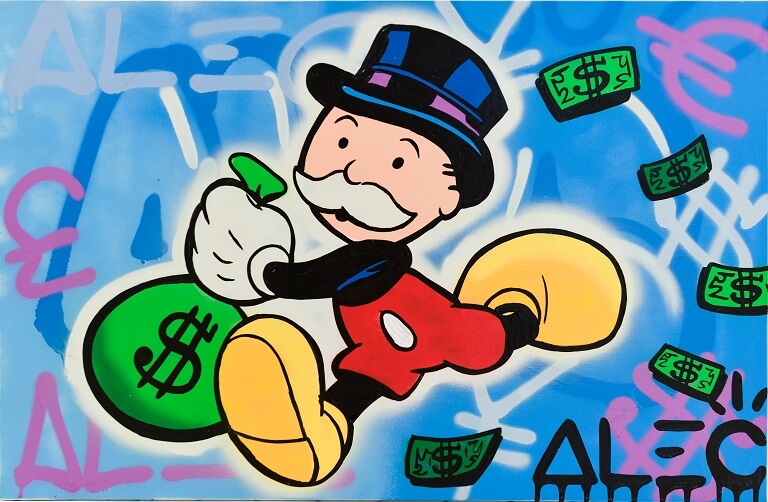 Art collector and daily tourists alike are waiting excitedly to see this unparalleled spectacle as Monopoly pulls off the most audacious live painting event ever before seen! Follow #edenlive on Instagram to see what will become of this exceptional installation!

Alec Monopoly at the Eden...

Art Basel Week 2021 will take place in sunny Miami Beach from Nov. 30th 2021. Find out everything you need to know about the hottest events, artists, and celebrations.

Eduardo Kobra at the Hôt...

Eduardo Kobra's special exhibit at Paris's Hôtel Plaza Athénée features work from his unique collection that until now has only been accessible to view as mural wall art across the world.

For digital sculptor Gal Yosef, the world of animation and cartoons serves as inspiration for his own unique creations.