Born in the south of Italy, Angelo Accardi grew up surrounded by both modern and traditional art. Although he studied fine art at the Art Academy of Naples, he never completed his training. Preferring to learn by example and practice, Accardi opened his own studio. Angelo Accardi illustrates surreal visions of everyday life under realistic backdrops of urban and natural landscapes. There is never a single meaning, but a whole story behind each painting. Ironic, striking, and playful, Accardi’s unique perspective and avant-garde style is a result of his diverse inspirations. 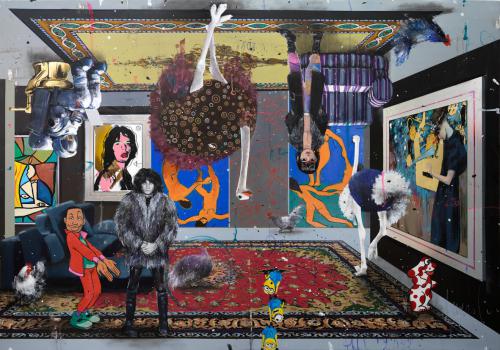 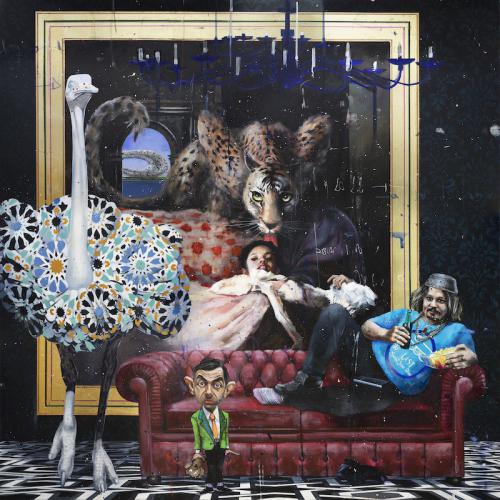 A Big Shark in the Hall

Flowers on the Back 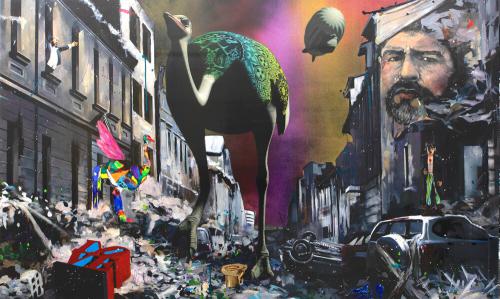 An Ostrich in a New City 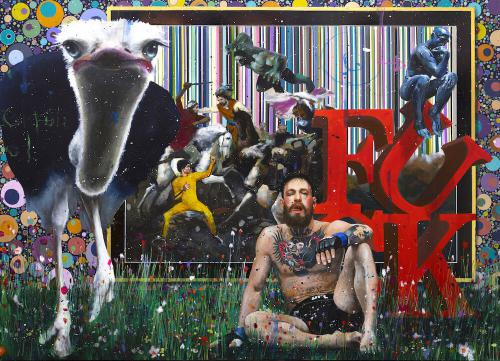 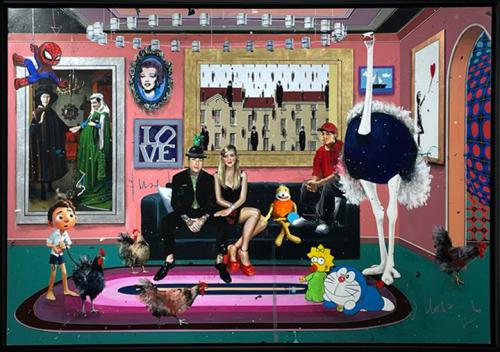 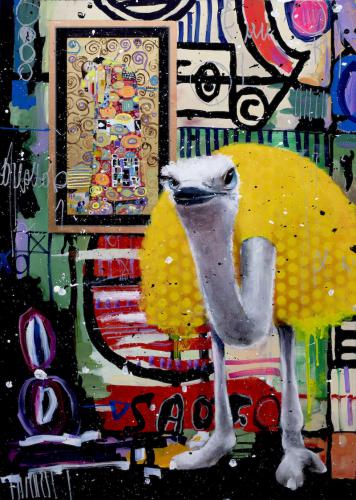 Basquiat on the Wall 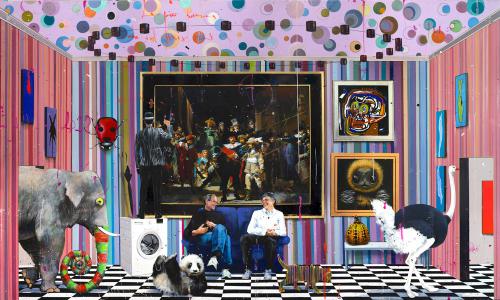 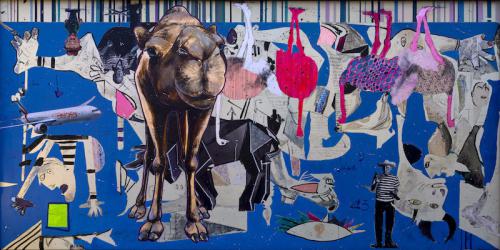 Who is Angelo Accardi ?

Originally from a small town in the south of Italy Angelo Accardi moved to Napoli to study fine arts at the Art Academy of Naples. Shortly after, in the early 90s, he set up his personal studio close to his childhood home to embark on his pursuit of painting and sculpture. In the course of his artistic development, Accardi has been on a constant search for new sensations using mixed media to depict figures against differing social backgrounds.

Accardi’s debut on the art scene was strongly characterized by what in Italian art is referred to as “figura,” a representation of the human body, as well as by pictorial and symbolic art. His focus is on the study of humankind and the space we inhabit. Accardi draws from this focus in every one of his collections as he illustrates surreal visions of everyday life under realistic backdrops of urban landscapes.

The cycle of works called Human Collection depicted on an attenuated atmosphere, suggesting the softness of cotton wool – where the figures are masterfully veiled as if by a sheath of moistness – marks a fundamental passage in his artistic development. Ironic and surrealistic, Accardi’s unique perspective and Avant-Garde style has exhibited at galleries as well as several solo and group exhibitions worldwide.

In the last three decades, Accardis’ artistic path led him to contemplate social representations through collections like Misplaced, Human Collection, and Blend. These collections reveal the contradictions in every day, working with commonplace objects and backdrops making the created scene more relatable. Using humor, symbolism, and tributes to famed artists before him Accardi represents culture, history, and even a prediction of the future.