Most of us have seen a mural at one point or another. You may pass murals every day on your daily commute. Murals can be observed globally everywhere, from the smallest of towns to the largest biggest urban centers of the world. Murals have beautified cities for centuries and are an essential type of public art. 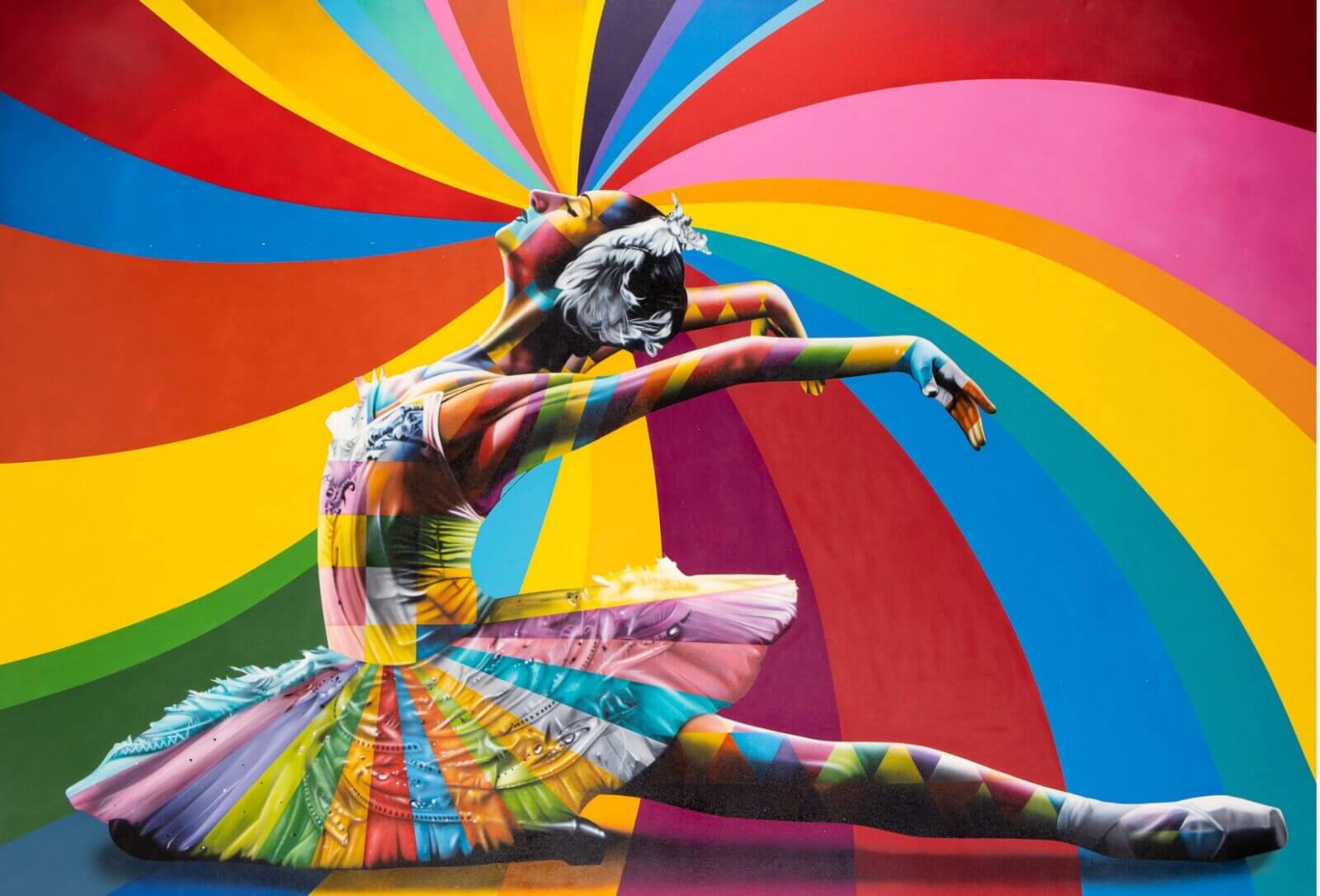 This article will explore what a mural is, why it's important, and how it differs from other types of street art and graffiti.

What is a mural in art?

A mural is an ancient form of artwork that consists of painting directly onto a wall or ceiling surface. The term mural can apply to paintings on fired tiles but usually does not include mosaic decorations unless the mosaic is part of the overall scheme of the image.

Murals have been around since the beginning of humankind when the first humans created cave paintings on walls. Murals have since been observed in classical architecture and cities when they became a dominant form of public art. While many of us see murals outdoors, they can, in fact, be created on surfaces both outside and inside of buildings or structures.

What is the purpose of a mural?

Murals can serve many purposes. Traditionally murals were intended primarily to beautify public or private spaces. However, murals have also become a medium for political or social commentary over time. Murals can also be used to memorialize or record a historical event.

Murals can transform a public space by adding color and beauty to otherwise plain building walls and streets. In many places, the walls of urban cities are ugly and go unnoticed. But with the addition of murals, we can entirely transform spaces that were once austere or downtrodden.

Once industrial areas, London's Shoreditch and Brick Lanes districts have been turned into tourist attractions with murals and street art. Murals are used to attract new local businesses and boost an area's economy by making it an art destination.

Murals can also memorialize people or events. For example, in Berlin, the once divisive Berlin wall's remains now serve as an open-air gallery. Of the 105 murals on this wall, many were painted in 1990 as a memorial to the reunification of Germany.

Murals also have strong connections to politics and social commentary. In Northern Ireland, for example, murals depict the region's political and religious divisions.

Political murals like these are not created to be beautiful. Instead, the themes of such political murals can protest or be controversial, divisive, and thought-provoking. Some of the murals in Belfast and Derry depict the Irish Hunger Strike, Ballymurphy Massacre, and Battle of the Boyne.

Why is mural an art

Mural art has long been considered a significant art form. It is a socially engaging art that's often public. Because people of all social classes can widely view murals, they can play an important role in bridging the gap between politics and art.

For centuries, public artworks like murals or public sculptures were the only artworks that the general public and lower classes could view. They could be used as a visual history or used to sell ideas or products, inform or convince and even manipulate with propaganda.

Murals employ many of the same techniques as canvas paintings and are usually created by painters. However, more modern forms of murals may be carved, projected, or created using spray paint.

How are murals made?

Contemporary murals can be created using many different methods; however, traditionally, murals were painted and created using tried and true techniques and processes. Often the creation of a large-scale mural requires more than one artist. For example, when Michelangelo painted the infamous Sistine Chapel murals, he had the help of thirteen assistants. 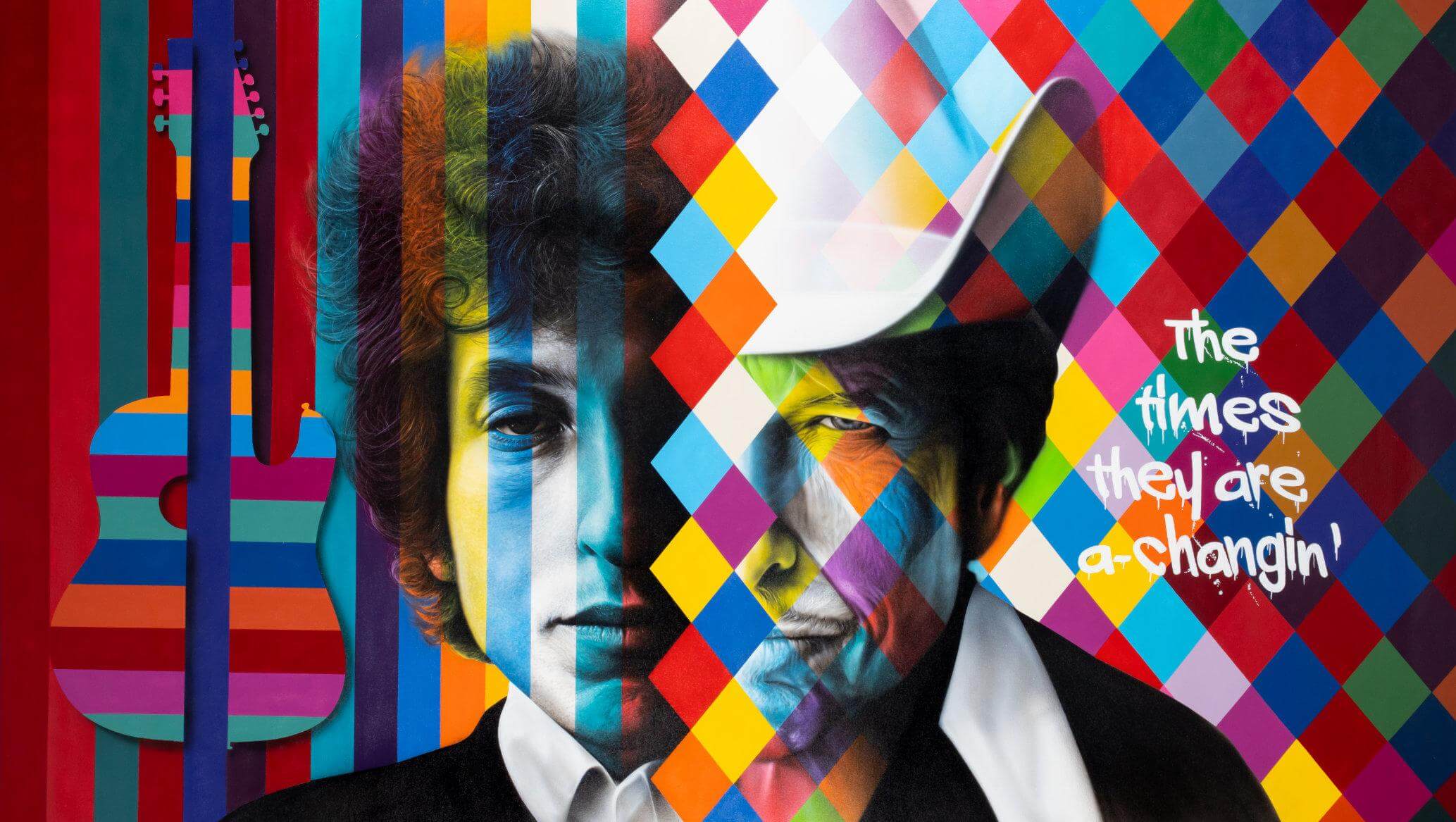 Before painting onto a surface, it must be properly prepped. Prep typically involves applying a gesso layer onto the area to prime it before painting. When an artist creates a large mural, they first produce a small-scale version of the artwork. This may be shown first to the commissioner of the mural.

Once the planned image is determined, the artist or their assistants will chalk out an area with a numbered grid. Then, the grid translates the scaled-down image into a bigger version on the mural site. The image may be digitally projected onto a wall for contemporary murals instead of traditional methods.

Once the outline of the scene is marked out, the mural is painted, often using a glaze painting technique. This technique uses multiple layers of thinly applied paint to create a final image.

How are Frescoes made?

There are other techniques for murals commonly seen on Fresco murals. Frescos are one of the oldest and most common types of murals. The term fresco refers specifically to a mural painting technique applied to pigment on fresh wet lime plaster.

In this technique, the pigment is combined with water to merge the dry-powder pigment to the plaster. As the plaster sets the painting becomes an integrated part of the wall.

Many famous murals from the classical and renaissance periods are frescos. Those that have survived the centuries are usually indoor murals. Examples of such Frescos include The Sistine Chapel, The School of Athens, and Hall of Constantine. Mural examples from older periods are often religious and frequently commissioned for places of worship.

Who created the first mural?

Murals are arguably the oldest known art form, and the original creator of murals is unnamed. The oldest and first known murals date back to 30,000 BC. These early paintings were found in the Chauvet caves of France and the artist is unknown.

Some of the biggest and oldest collections of murals are found in Egyptian tombs dating back to 3150 BC, murals in Pompeii from 100BC-AD79, and murals in Minoan places from 1700-1600 BC. The artistic period when these first ancient murals paintings were created is known as the Upper Paleolithic times.

Both graffiti and murals can be forms of public art, and both are created on walls and similar surfaces. However, a mural is not the same thing as graffiti or street art. There are many differences between these two art forms; for example, graffiti has a negative connotation and is usually created illegally, without permission. A mural is usually commissioned, often by a public agency, and is typically viewed with a positive attitude.

Both murals and graffiti are painted directly onto walls and ceilings, but the two art forms use different techniques and processes. Murals are typically created using traditional techniques, paint, and brushes. Graffiti, on the other hand, is generally created quickly using spray paint.

Culturally it's typical for graffiti to be painted over by the owner of the wall (e.g. a shop or business) or be tagged over by other graffiti artists. It is not common or acceptable to paint or vandalize a mural. Learn more about the differences between these art forms in our guide Graffiti Vs Mural.

Street art is more closely tied to murals, but often street art is produced without permission and may utilize graffiti-style techniques. Street art can also include other mediums, such as yarn bombing or sticker art, distinguishing it as a different art form than murals.

What are the types of murals?

With advances in art and digital technology, there are now more types of murals than ever before. Contemporary murals come in four general forms: fresco, mosaic, encaustic, stained glass, or photography.

There are many famous murals around the world. Some of the oldest and most recognizable are the renaissance frescoes by Michelangelo created at the Vatican. Early mural examples focused on Europe, with examples found throughout a host of historical sites.

However, throughout the 20th century, Mexico and North America became the center of mural creation. Diego Rivera's murals "Detroit Industry," "Zapatista Landscape," and "Pan American Unity" are all examples of murals in modernist painting styles. 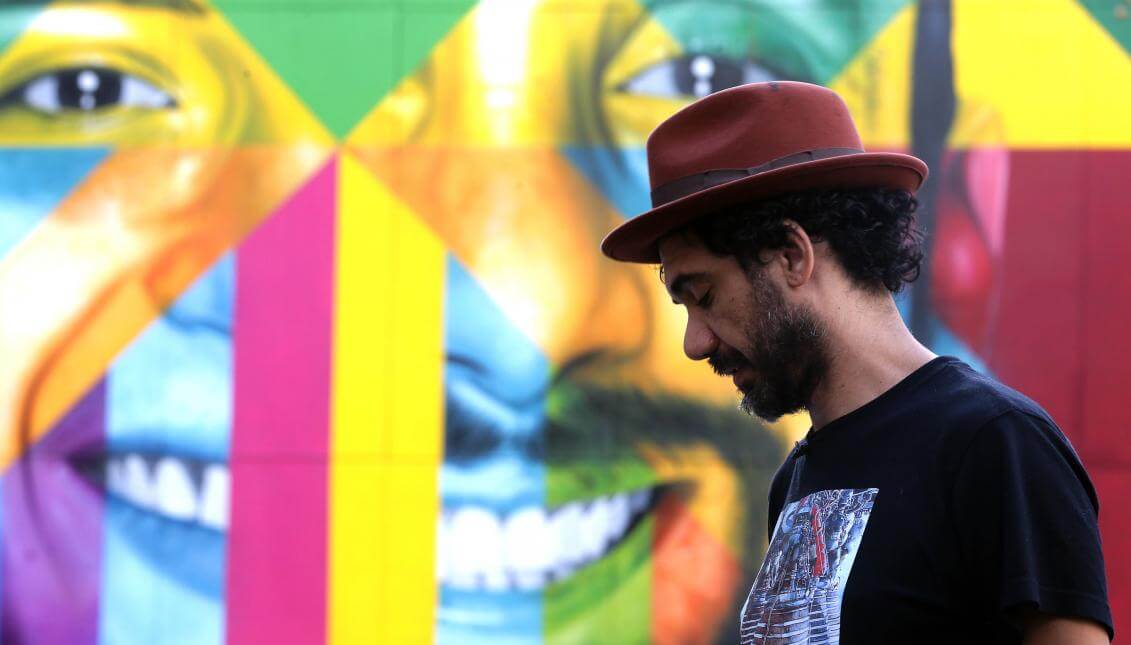 Contemporary mural examples are observed in the works of Eduardo Kobra, whose larger-than-life murals have garnered attention in the 21st century. Eduardo Kobra's early works can be viewed in Brazil, but later pieces are found across the USA, Mexico, Europe, Russia, Japan, and India. Kobra's work "Las Etnies" (The Ethnicities) lined the Olympic Boulevard at the Rio Olympics in 2016 and gained the artist global acclaim. Other examples of Eduardo Kobra's work include "Colors of Freedom," "Einstein on a Bicycle," and "Christ Redeemer".

Murals can't be easily sold and purchased because they are integrated into the surfaces of buildings. Some frescos are removed from their original locations and displayed around the world, but this practice is controversial. If you want to own a mural, you will usually need to commission it.

Graffiti and tagging are two forms of contemporary street art that rose to popularity in the late 20th century.