What Is Public Art?

Public art is a visual art form specifically created to be enjoyed by the general public. It is the opposite of private artwork, which is sold and displayed in private homes and collections.

Public art can inspire future generations and be a valuable asset to many communities. This article will discuss public art, why it is so important and how it is created. 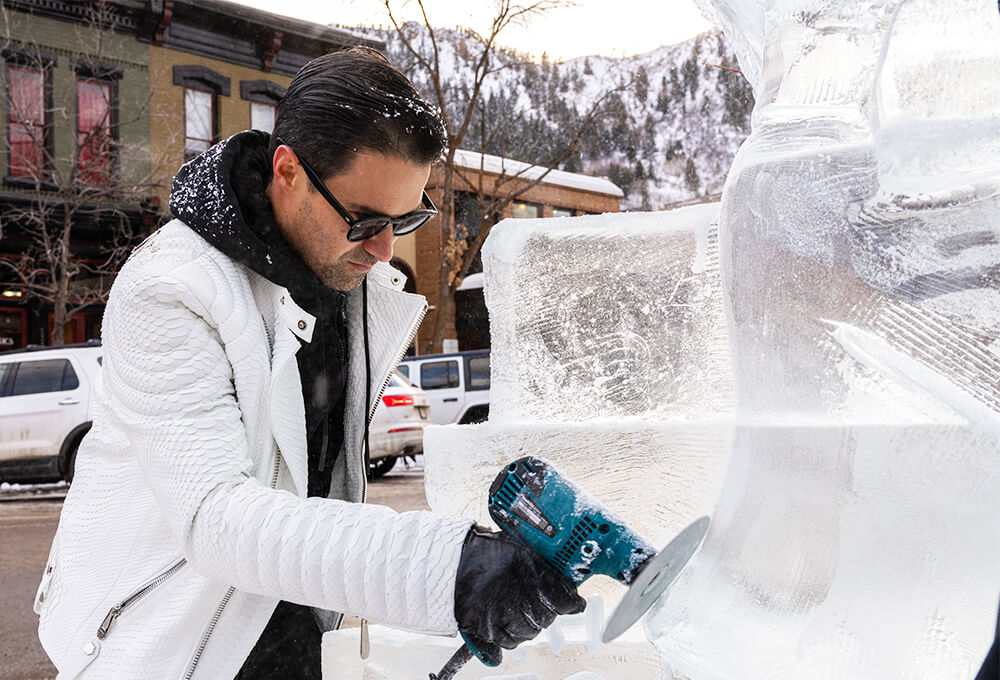 Public art must always be, by definition, visually and physically accessible to the general population. Therefore it is usually installed or staged in easily accessible public spaces. These spaces are generally outside. Public works are most often seen in city parks, squares, or streets that residents can easily reach.

Public artworks are often created in response to the place and community in which they reside. Public artwork is usually rooted in place and does not go on touring exhibits. The unchangeable location for public art distinguishes it from private art, which may move around and be displayed in various locations as it changes ownership.

What Is Considered Public Art?

Public art can be any style and size, from large to small. Sculptures and murals are common public art forms, but the term ‘public art’ does not explicitly apply to any particular art style or art form.

Because public art is often commissioned for an outdoor space many examples of public art are sculptures. Some other forms of art, such as photography or painting, are not well suited to being displayed outdoors.

Public art can include many different styles of art. Across the world and throughout history, public art has included murals, sculptures, memorials, public architecture, or landscape architectural work. Modern forms of public art can consist of crowdsourced community art, digital new media, experiential art, performances, and even festivals.

What Is the Purpose of Public Art?

Public artworks are usually funded locally and intended to benefit their local community. They benefit the public as an object that beautifies a local neighborhood or entices visitors.

Some ancient public sculptures and relief sculptures from the classical period have been removed from public spaces. You can find some of these artworks in museums or private collections, while others were stolen or lost. In some cases, this movement of public art was undertaken to preserve the artworks.

However, in several other cases, the removal of public artworks is more controversial. For example, The Parthenon Marbles were removed from the Greek Parthenon temple. The Marbles are now on display in the British Museum in London. Many people believe they should be returned to Athens and displayed as originally intended: with the remainder of the Parthenon building. 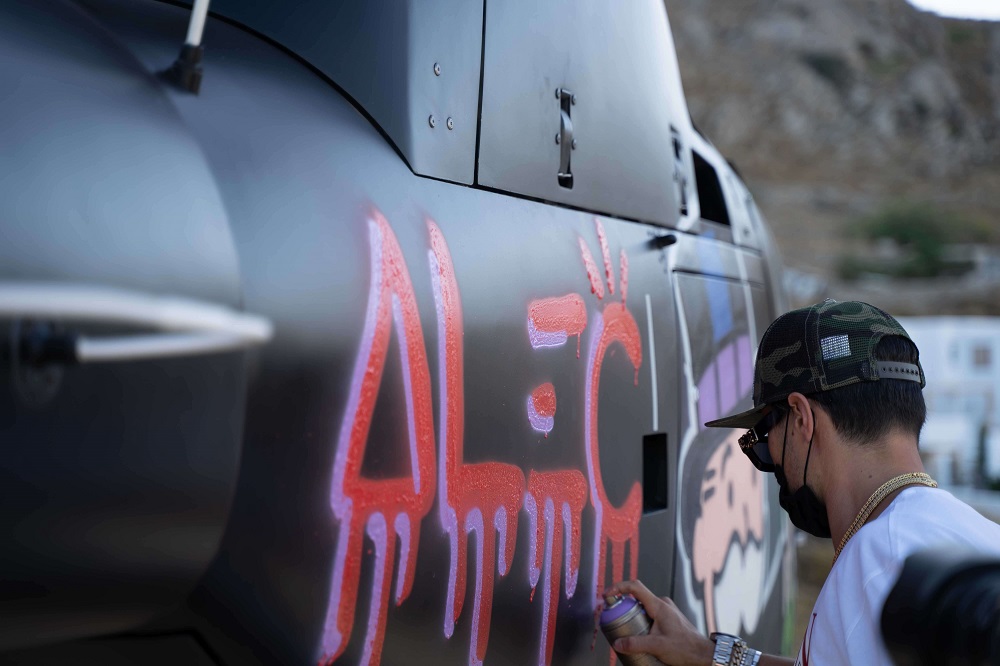 Public artwork is designed for a specific setting and for public viewing. They are often funded directly or indirectly by local residents through taxes or fundraising. Moving these works out of the public eye steals from the community and goes against the ethics of public art. Removing this work and placing it in a new setting is not the display the artist had intended.

What Are Examples of Public Art?

Examples of public art can be found worldwide, but many of the grandest or oldest examples are found in major metropolitan cities.

The Piazza Della Signoria in Florence, Italy, is one of the best examples of classical public art. This public square features many classical sculptures, many of which are original, and others, such as Michelangelo’s David, are replications. The first sculpture, Donatello’s Marzocco, was placed in the square In 1416.

Some of the original sculptures have been moved to Italian museums for preservation. But several other statues in Piazza Della Signoria, mainly those cast in bronze, have remained in the square for hundreds of years.

For example, The Statue of Liberty, or Mount Rushmore, are both famous American public artworks. Nothing represents the British city of Newcastle more than its public artwork, the Angel of the North. Barcelona’s Park Güell, one of the city’s biggest attractions, is filled with sculptures by Antoni Gaudí.

Murals have long been an essential form of public art. Places such as San Francisco’s Mission District are full of murals available for public viewing. In more recent times, cities have turned to street artists to beautify urban areas with public art. 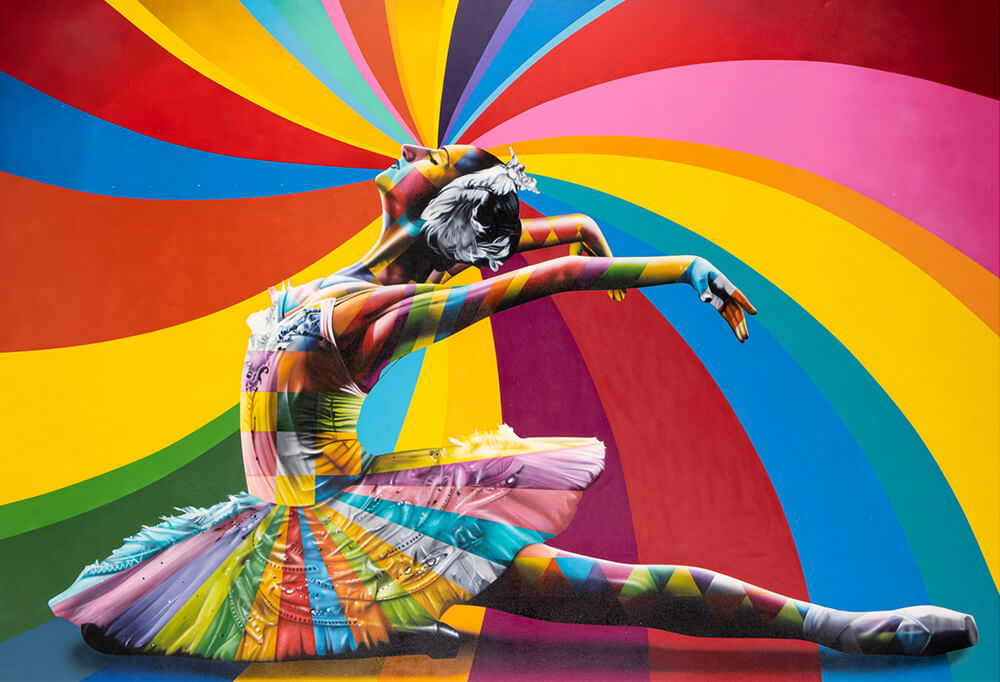 Famous street art districts have encouraged street and graffiti artists to come and paint on their walls by commission or during street art festivals. Examples of this kind of public street artwork can be seen in Bristol, London, New York, Miami, Berlin, and many other cities.

Some murals and street artworks can be small, but many of the most famous public murals are large-scale. The street artist Eduardo Kobra currently holds the record for the largest public art graffiti mural in the world. His work Etnies, found in Rio de Janeiro, is fifty-one feet high and 560 feet long.

Artists Who Specialize in Public Artworks

Some artists dedicate much of their lives to creating public artworks. Sometimes by commission, and other times of their own volition. The Norwegian sculptor Gustav Vigeland has spent more than 20 years building over 200 pieces in Norway’s Vigeland Sculpture Park. The Mexican muralist Diego Rivera also spent much of his life creating public works. Graffiti and street artists like Banksy naturally specialize in public artworks as well.

Why Is Public Art Important?

For many people, public art is the first or only art they will experience in their lives. Many people do not have the means to collect art in their homes or visit an art museum or gallery. Public art brings art to the people and democratizes it. Public artwork can inspire the next generation of artists or spark a conversation or social change.

Some artists who choose to create public art use the platform for political expression. For example, American street artist, Keith Haring, is a social activist who used his murals to challenge the taboos around homosexuality and the AIDS epidemic. Artists can use public art to challenge societal norms, commemorate and memorialize, or criticize politics or society.

How Public Art Benefits a Community

Public artworks can add enormous value to a community. Not only do artworks help beautiful a city or town, they add to the cultural and economic vitality of a community.

Public artworks become landmarks for both locals and visitors, encouraging tourism in a local economy. Some of the world’s most visited tourist attractions are public artworks, such as Brazil’s Christ The Redeemer, Paris’s Eiffel Tower, New York’s Charging Bull, The Berlin Wall, or The Hollywood sign.

Public art is considered an essential part of urban design because it contributes to a community’s identity by setting a community apart from others and attracting visitors to see its uniqueness.

Public art also encourages pride in a community and helps provide a sense of belonging. Public art sparks joy in day-to-day life, and by doing so, can enhance the quality of life for both local residents and visitors.

How Does Public Art Get Created?

Public artworks are typically commissioned and managed by a local municipal agency. The most successful public art projects usually involve extensive input at the onset of the project from both the artist and the community. 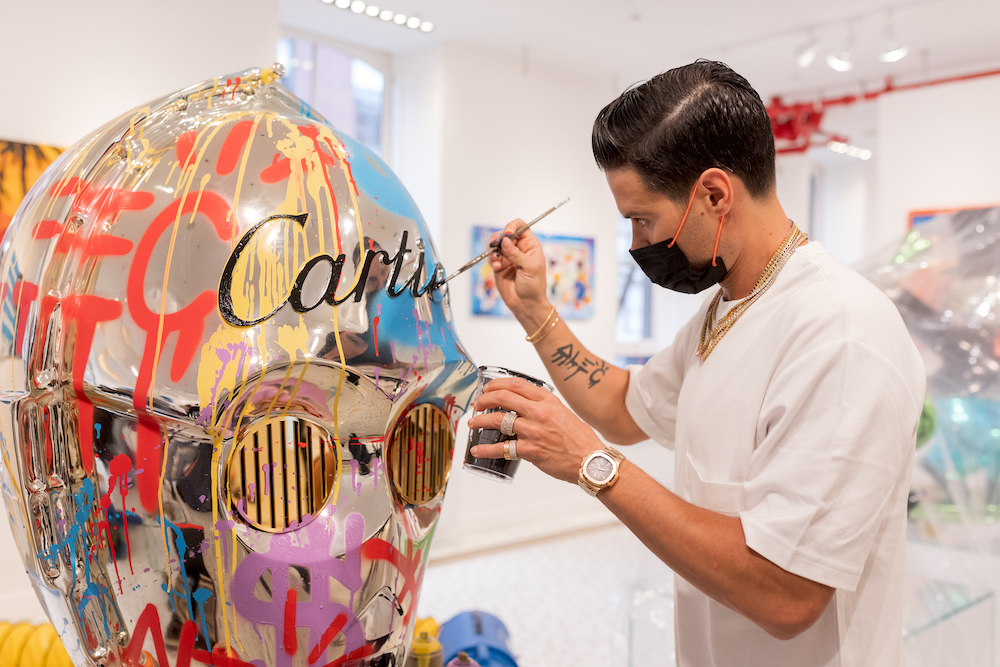 Public artworks can take many years to be approved, funded, and created. Many people play a role in funding and create public artworks, especially those of a large scale. A public art project will involve the artist or artists, architects, designers, local residents, local civic leaders, politicians, local arts agencies, approval agencies, funding agencies, and sometimes even construction teams. 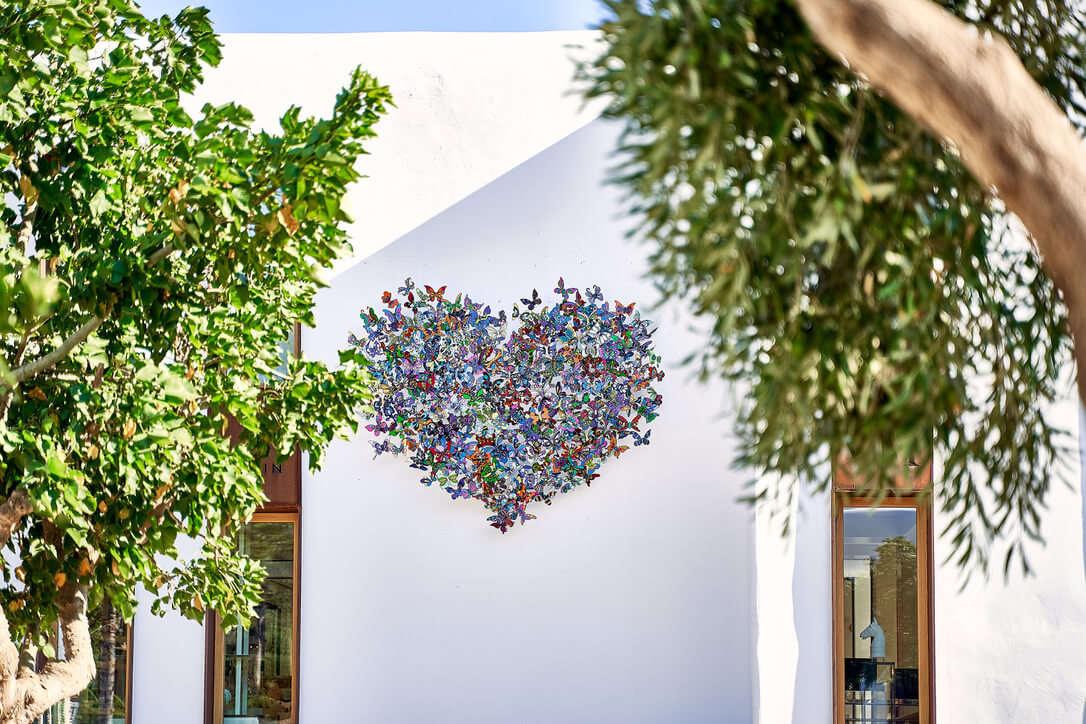 However, some artists who create street art or public artworks, such as Eduardo Kobra and Alec Monopoly, also produce artwork that private collectors can purchase. You can view, enjoy and buy original artworks online from Eden Gallery’s website or from our art galleries around the world.