Pop Art was an art movement that changed how the world perceived fine art. Pop Art artists employed many painting techniques that were either new or reimagined for high art.

Pop Art exploded in the 1950s and 1960s, becoming one of the most recognizable styles of the modern art movement. Pop Art artists looked to popular culture as a way to democratize fine art. They were inspired by popular activities, products, and ideas that reflected the general population’s tastes during the period. 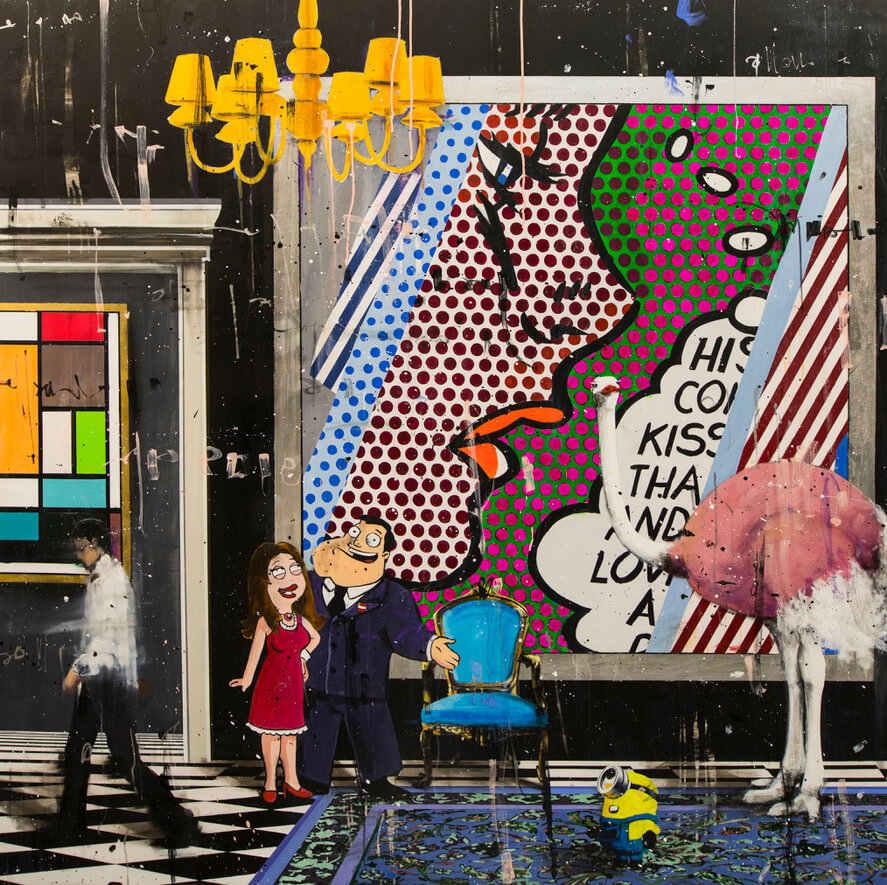 They employed painting techniques that had previously only been used in the so-called low arts or the commercial art space. Pop Art Artists found inspiration in techniques that were native to commercial screen-printing, comic book art, fashion illustration, and magazine design. By incorporating these techniques into art paintings, these artists forever blurred the distinction between high and low art.

In this article, we’ll explore the painting techniques which helped shape the Pop Art movement.

What Techniques Are Used in Pop Art?

Pop Art can be defined by both its common themes and the techniques and processes used during creation.

Many Pop Artists questioned what they saw as elitist art culture and traditional fine art painting traditions. They instead rebelled and used both new imagery and different painting techniques.

The new techniques were drawn from the commercial worlds of mass media culture. Common techniques included printing, silkscreening, collage, mixed media, and the use of Ben Day Dots.

Pop Art Artists also favored bold colors, often used on images that were isolated from the background or taken out of context.

Printmaking and silkscreen printing were two of the most prominent painting techniques used by Pop Art Artists.

Within printmaking there are four common techniques: these are woodcut, etching, lithography, or screenprint.

Andy Warhol used the silkscreen technique to produce his prints of Elvis, Elizabeth Taylor, and Marilyn Munroe. These have become some of the most well-known artworks in history, making silk screening a prominent technique of the movement.

Roy Lichtenstein however preferred to use lithography to print an image from a stone or metal plate. Other artists used etching or woodcut techniques. 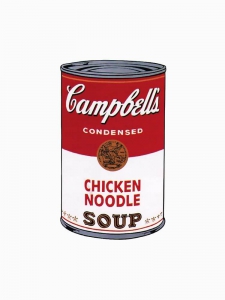 Printmaking allowed Pop Art Artists to replicate and duplicate their artwork, challenging the idea that art should be rare or one-of-a-kind. This repetition and mass production was one of the most significant themes within the Pop Art Movement.

The technique involved the layering of images cut or ripped from advertisements, magazines, and newspapers onto a canvas or other surface.

Richard Hamilton was the pioneer of the collage technique; he used it in his 1956 collage ‘Just what is it that makes today’s homes so different, so appealing?‘. The exhibition of this collage is widely considered to have marked the official beginning of the Pop Art cultural phenomenon.

Pop Art artists favored the use of blended materials and didn’t limit themselves to traditional painting materials. Instead, they chose to utilize a wide variety of media, including found items or even created elements of sculpture within a painting. 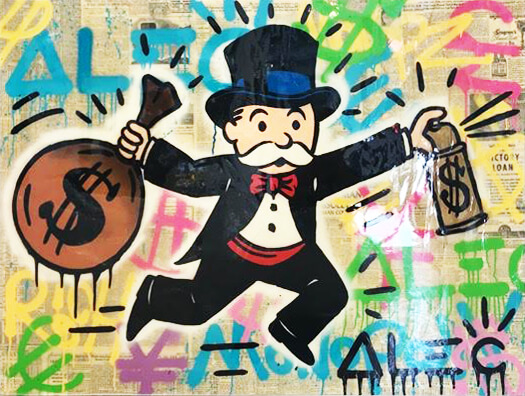 These Pop Art artists combined seemingly disparate images or objects and placed them on a single canvas to create a new narrative form. Pop Art sculptors like Marisol also used mixed media in their artworks.

Other mixed media artists removed the need for a traditional canvas and used wood planks, sheet metal, or other objects as their backgrounds.

‘Captain America‘ by Tommy is an example of mixed media Pop Art. 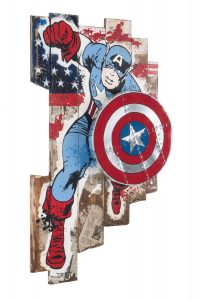 This printing technique was primarily used as a commercial art technique for printing comics or photo-engravings.

While the Ben Day process is most well known for its series of dots, other shapes can also be used, including parallel lines, textures, irregular effects, and wavy lines.

When the Pop Art Movement emerged, Ben-Day Dots were most commonly seen in color comic books because they could create the effects of shading and secondary colors relatively inexpensively.

The Pop Art artist Roy Lichtenstein took inspiration from these comic book dots and incorporated them into his artworks. The popularity of Lichtenstein’s work made Ben-Day Dots one of the most recognizable and endurable techniques used in Pop Art. 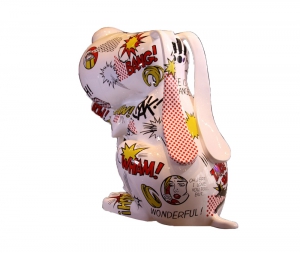 Lichtenstein used various stencils with perforated dot patterns instead of painting each dot by hand. His artwork resembled digital pixels before pixels were created.

Pop Art changed the art world forever. Contemporary Pop or Neo-Pop artists still use many techniques and processes that first rose to prominence in the 1950s.