International Cat Day is a celebration that takes place on August 8th, every year. This day is designated towards recognizing one of man’s most common and most ancient pets. Cats used to be worshiped as gods, considered divine symbols in ancient Egypt. They were believed to act as a bridge between the human world and the extrasensory universe, or so to say, possess magical powers. While this belief is a little far-fetched, it is not completely wrong: cats can feel ultrasounds and have the power to anticipate events that only will be perceived through human senses moments later. Cats examine their surrounding environment through their whiskers, which alert them to air movements, the presence of obstacles, and even the variations of magnetic fields and atmospheric pressure.

Cats are one of the most unique animals on the planet. Not only are they adorable, but they also have fiercely independent souls and do not need their owners to feel secure and safe in the same way dogs do. They are able to genuinely take care of themselves, fitting their predecessor tendencies from Tigers, Lions and other large cats. 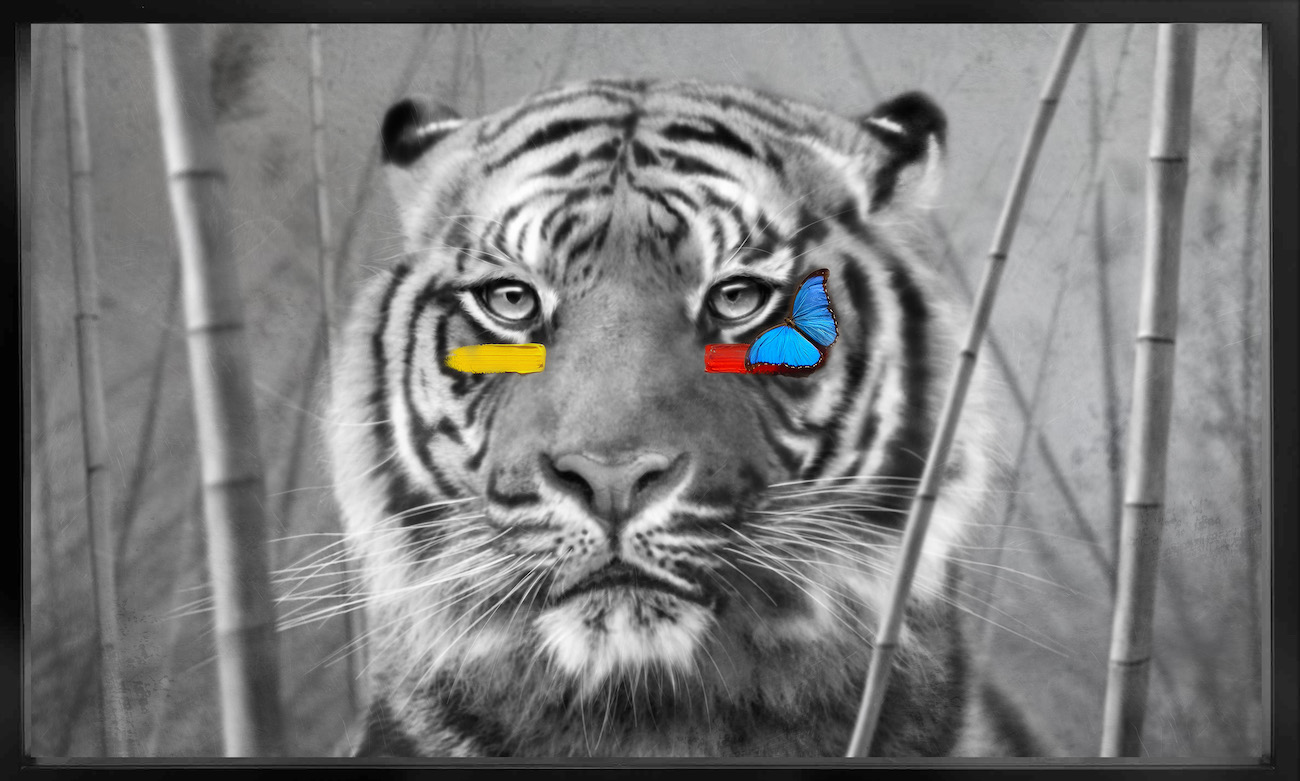 A world traveler and unique individual, SN is one of Eden Gallery’s most dynamic multimedia artists who focuses on incorporating different cultures and animals into his art. The artist fell in love with beauty and aesthetics in the world around him at a very young age and he built his signature artistic style based on his lifelong passion.

SN took an enlightening trip to Tanzania as a continuation of his journey through the wild as a mixed media photographer. He was able to catch animals, such as wild cats, in action in their natural habitats. He positioned himself as a spectator, waiting patiently for the perfect shot that he could show the world.

Within his series of photographs, SN focuses specifically on Tigers and Lions by taking photos of both animals in their natural habitats. Both artworks are pictured in black and white, with a singular vibrant, mounted, butterfly under each animal's right eye.

SN pays tribute to the beloved animal, along with many other animals, every day of the year.

Celebrate International Cat Day and explore SN’s nature-focused artworks at Eden Gallery locations all over the world, as well as on the Eden website. 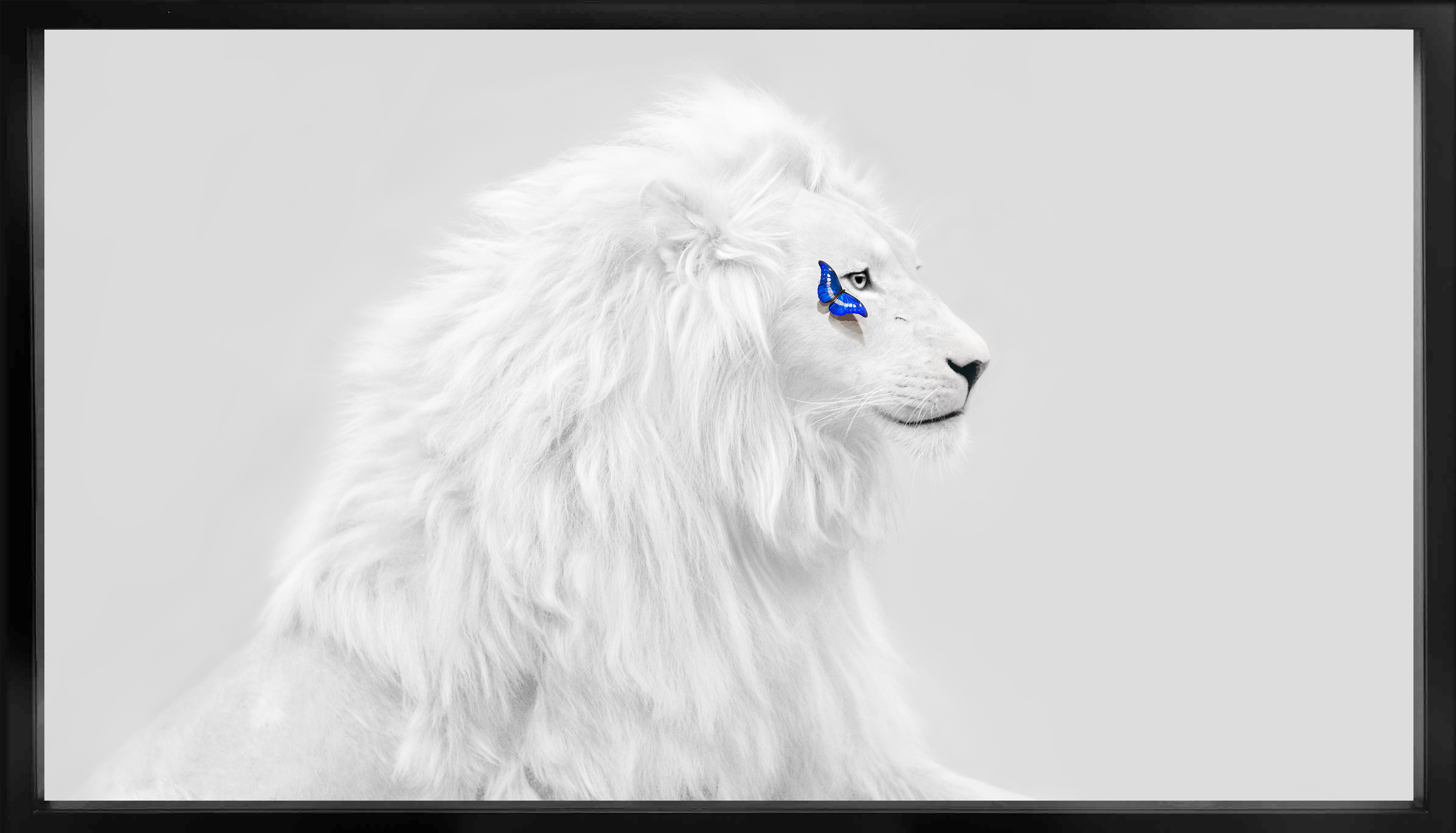 While it may seem surprising, a cat/human relationship closely mirrors the human-to-human bond. Some interesting dynamics that were discovered include a cat's ability to mold their behaviors to their owner’s personality. Both cats and humans can also effectively communicate with each other through subtle expressions. Cats can remember and respond to their owner's acts of kindness, while knowingly manipulating their owner to get what they want.

Research also shows that cats have a positive influence on your health. These animals can help lower your blood pressure and reduce the risk of having a heart attack.

Explore artworks of these majestic and fascinating creatures this cat day, at your nearest Eden Gallery today.

With his upcoming event in Eden Gallery Mykonos this month, learn more about Gal Yosef and his journey to success here.