The Monopoly Man: The Character Behind

Fans of the graffiti artist Alec Monopoly will be familiar with the iconic cartoon character frequently featured in his artwork. But who is this animated character that Alec Monopoly uses as his namesake? What’s the story behind the iconic Monopoly man, and why is he so well-recognized? This article will explore how the Monopoly man character became such an essential part of pop culture. 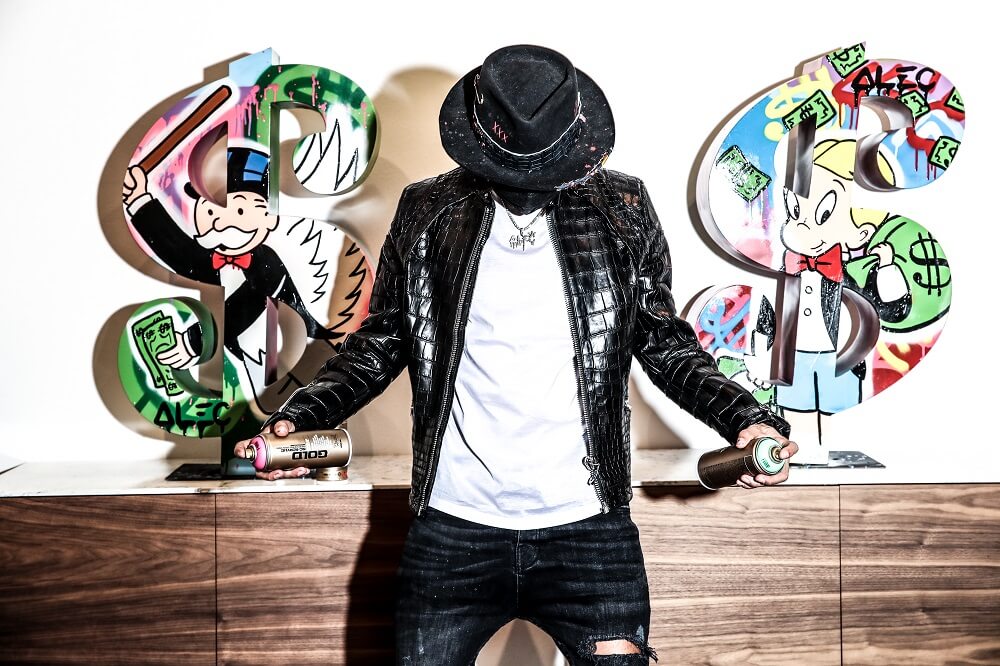 What Is the Name of the Monopoly Guy With the Monocle?

We all vaguely recognize the “monopoly man” or that “monopoly guy” – but who is he? The character comes from the Monopoly board game and is based on the Rich Uncle Pennybags, reimagined as Monopoly’s mascot. Initially, his name was just Rich Uncle. The original artist of the character is unknown. 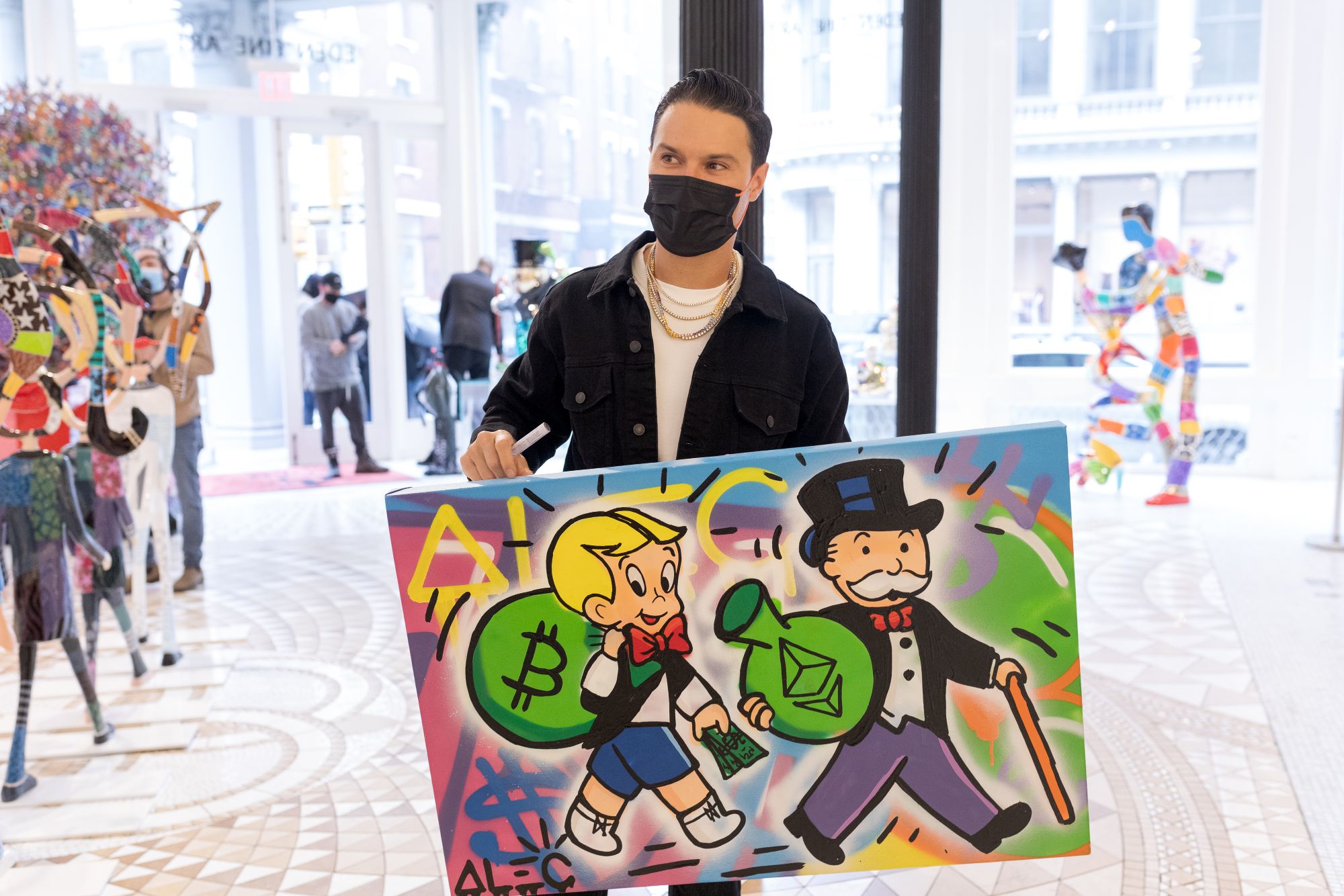 Who Is the Monopoly Man? 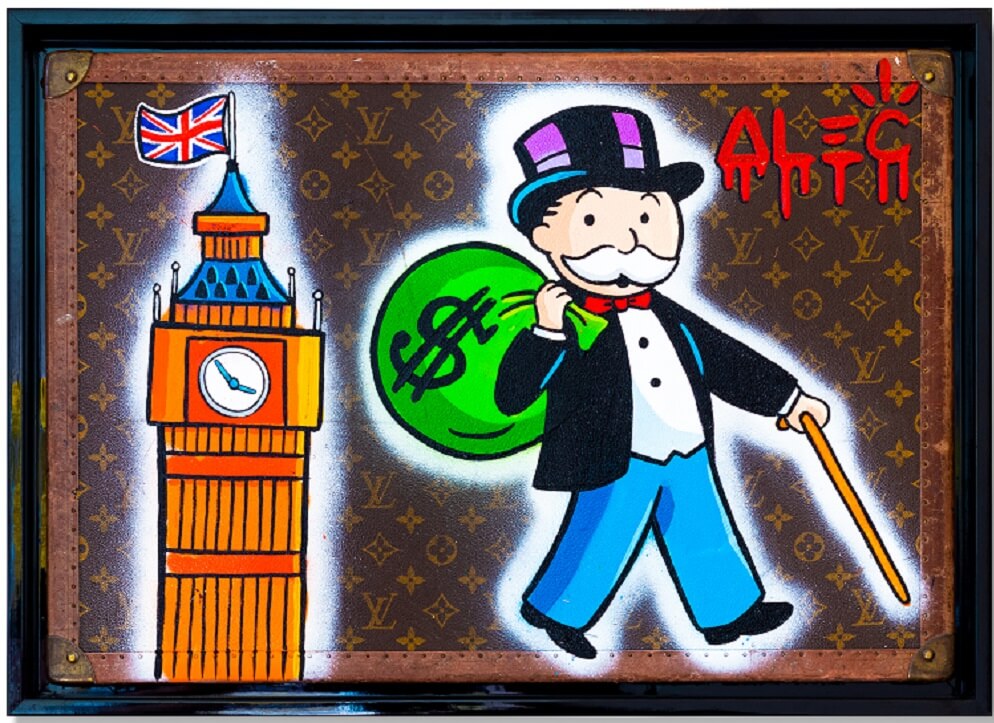 However, he has also drawn comparisons to Daddy Warbucks, the wealthy character from the story Annie. However, the popularity in the Monopoly board game and spin-off games made Rich Uncle Pennybags well-known under the nickname, The Monopoly Man.

Rich Uncle Pennybags has been depicted in popular culture as a portly older man who has a mustache, wears a morning suit and accessories with a bowtie and top hat. He has been featured in TV shows like The Simpsons and has become a symbol of extreme wealth, capitalism, and greed. Rich Uncle Pennybags is now known more commonly almost exclusively as the Monopoly Man, Mr. Moneybags, or Mr. Monopoly.

Does the Monopoly Man Have a Monocle?

Fun fact, the Monopoly Man has never had a monocle. The monocle or eyeglass (an old-fashioned form of glasses), has become synonymous with Mr. Monopoly, and yet he never actually wore one. He was never officially depicted with a monocle.

Why Do We Think the Monopoly Man Has a Monocle?

You’re probably wondering why you think Mr. Monopoly has a monocle. It’s because of a phenomenon that’s been called “the Mandela effect”.

The Mandela Effect is a term created to explain how some of our fondest perceived childhood memories are fallacies. Your brain tells you that one thing is true, but in reality, what we perceive as truth is completely false. The Mandela Effect describes a phenomenon where our brain misremembers, and this happens en masse, to large numbers of people who misremember the same thing.

Because of the Mandela Effect, our brains can be incapable of generating accurate, authentic memories. The Monopoly Man’s monocle has become one of the most common examples of the Mandela Effect because it is so commonly believed that the character wore an eyeglass. However, this collective memory is inaccurate. Since its inception in 1936, the popular board game has never depicted the mustachioed banker with eyewear.

Our collective subconscious conflated Mr. Monopoly with another dapper character of the time, Mr. Peanut. Mr Peanut was similarly styled Mr. Pennybags. So, it is commonly believed this false memory comes from the confusion between Mr. Moneybags and Mr. Peanut. Mr. Peanut wore a monocle, and so, our memory borrowed the monocle and associated it with Mr. Monopoly. The dapper outfit and monocle of these conflated characters has become synonymous with the stereotype of wealth and prestige.

The Monopoly Man has become one of the most recognizable themes of the graffiti art of artist Alec Monopoly. Alec Monopoly, real name Alec Andon, uses Mr. Monopoly as his signature character.

He can be seen in Alec Monopoly’s street art murals, paintings, and graffiti art paintings. The street artist Alec Monopoly wasn’t the first to style his name after his favorite subject. The pseudonym started out naturally as an attempt at hidden identity.

Why Does Alec Monopoly Use the Monopoly Man?

From even his earliest works he was inspired to use Mr. Monopoly as a symbol for greed and excess. Alec was drawn to the ruthless capitalism of the Monopoly game, in which the player’s objective is to accumulate as much wealth as possible while pushing their competitors into bankruptcy. A teenage Alec Andon started using the character in his spray paintings around New York City. 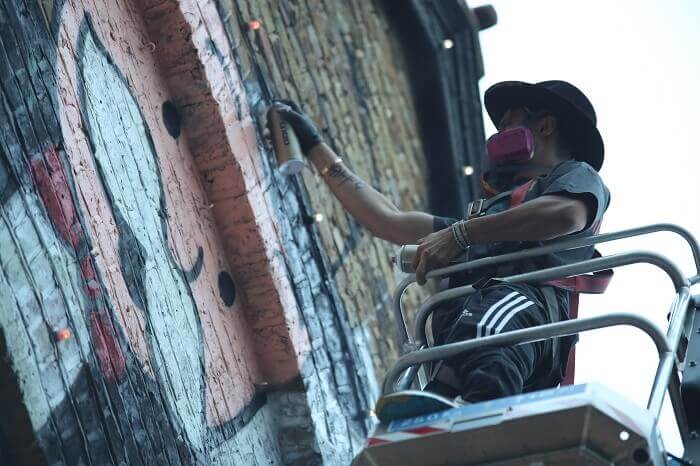 The character is still seen in his more recent playful painted scenes and fine art paintings. Alec Monopoly’s work continues to satirize capitalism just like his early graffiti works. Alec has combined the Monopoly Man with other symbols of wealth in his artworks, such as luxury fashion brands in the works ‘Chanel Monopoly Colors’ or ‘Hermes Horse With Monopoly’. 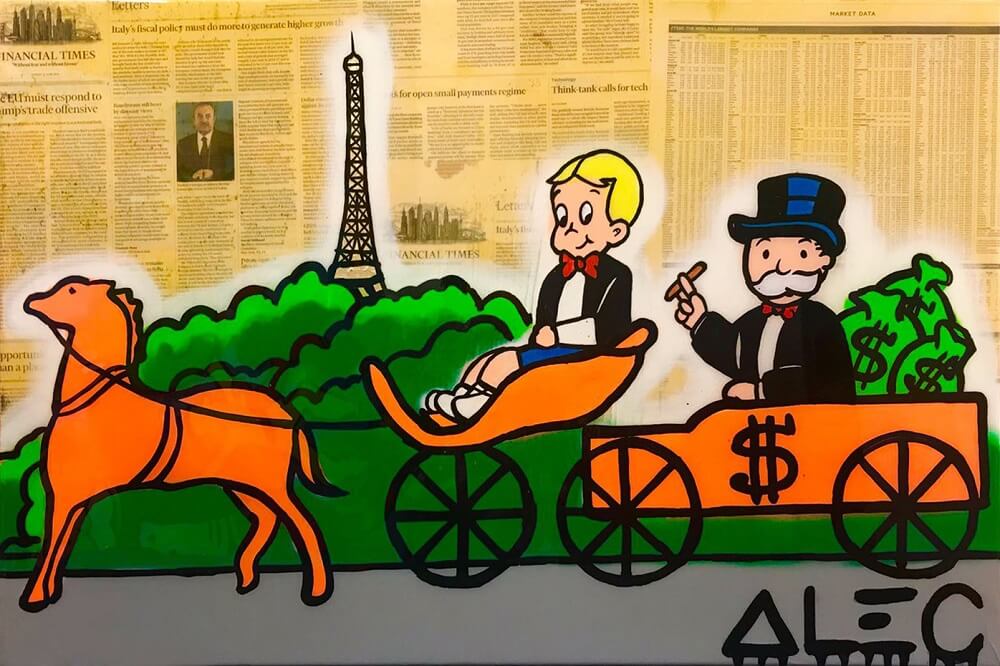 Whether working on the streets or on canvas the style of Alec Monopoly always comments on issues facing society’s broken economic system. The Monopoly Man and other themes and characters, such as Richie Rich, force the audience to consider the themes of capitalism, consumerism, and corporate greed.