How Romero Britto Turned Newspaper-canvases Into a $12 Million Franchise

Many would be surprised to find out that one of the world’s most popular and well-recognized pop artists, Romero Britto, is a self-taught painter who launched his career using nothing but scraps of newspaper and cardboard and turning them into makeshift canvases for his unique artwork.

Brazilian-born, Romero Britto moved Miami in 1988, where he emerged as an international artist, painter, serigrapher, and sculptor, but it wasn’t as easy and colorful as his work. His earliest paintings are created on makeshift canvases with finger-paint, pastels, tempera or whatever he could get his hands on. Before being able to buy brushes, the artist used his hands and fingers to create his iconic style, never imagining that he would be able to be an artist as a career, Romero Britto says, “I always loved art, it was always present in my life, but I never imagined it would become a full time job.” 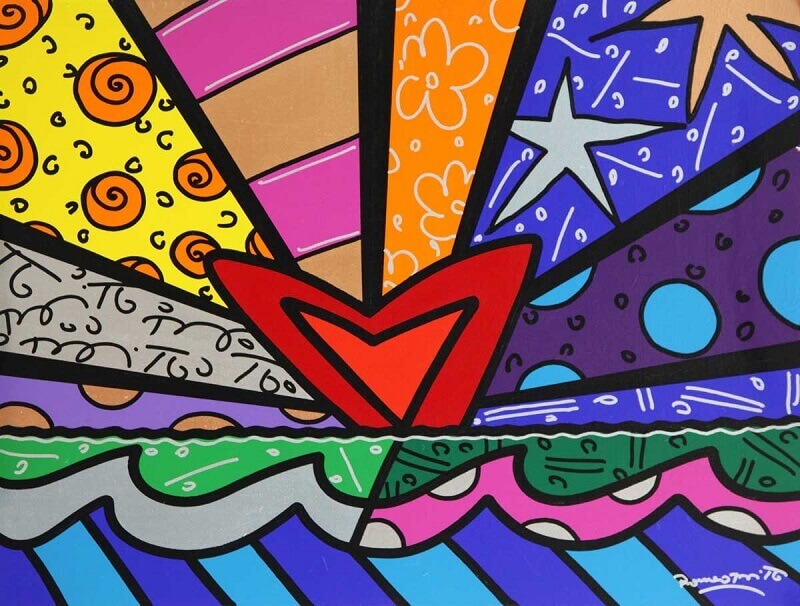 It was after traveling to Paris, after immigrating to America, that Britto was introduced to the works of Matisse and Picasso. And it was through his appreciation of these Modern masters that he came to create his iconic style. Known as the greatest colorist of the 20th century, Henri Matisse is a master who revolutionized the way modern painters used color. Pablo Picasso is famous for his sectioned paintings that welcomed in the age of cubism, bifurcated artworks that challenged the traditional sense of form, background, and foreground. Britto’s democratized works challenge that same traditional sense of foreground and background, but uses bright colors, and joyful subject matter to break from his more moody predecessors, whose histories are as complex as their styles. His brand of Pop Art is described by the New York Times as art that “exudes warmth, optimism and love.” 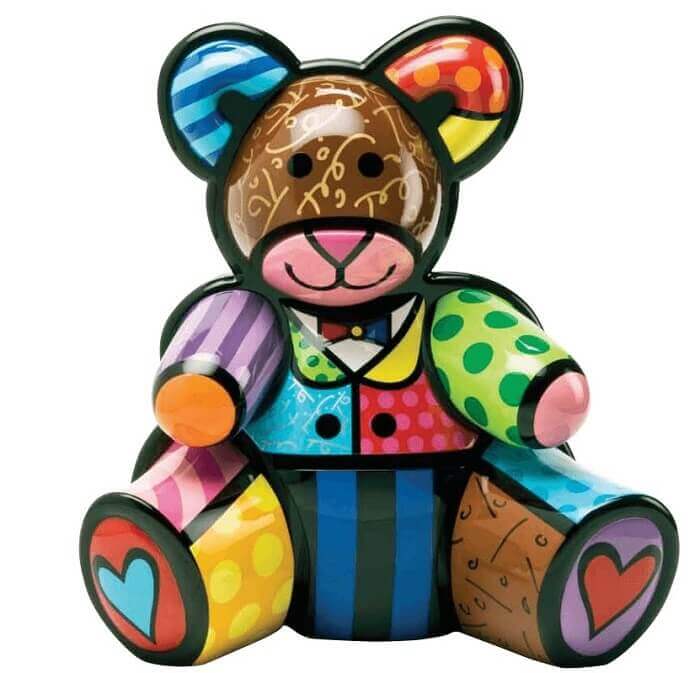 Britto combines elements of cubism, fauvism, pop art, and graffiti in his paintings, using his bright and vibrant palette to portray lighthearted subject matter, creating a visual expression of hope and happiness. About his pallette, Britto is quoted in an interview with Park West Gallery, saying, “My color palette is something I have been developing for years. I began using primary colors, but since then I have started using more pastels and metallics. But I have always been interested and drawn to vibrant colors. Some of them are inspired by colors my son used to play with when he was growing up.” Britto’s relationship with color is an intimate one, one he has been developing for years, going so far as to have fostered a relationship with paint companies who produce his “special” reds, blues, and yellows that he works with, creating a signature style and color value that makes his work that much more recognizable. 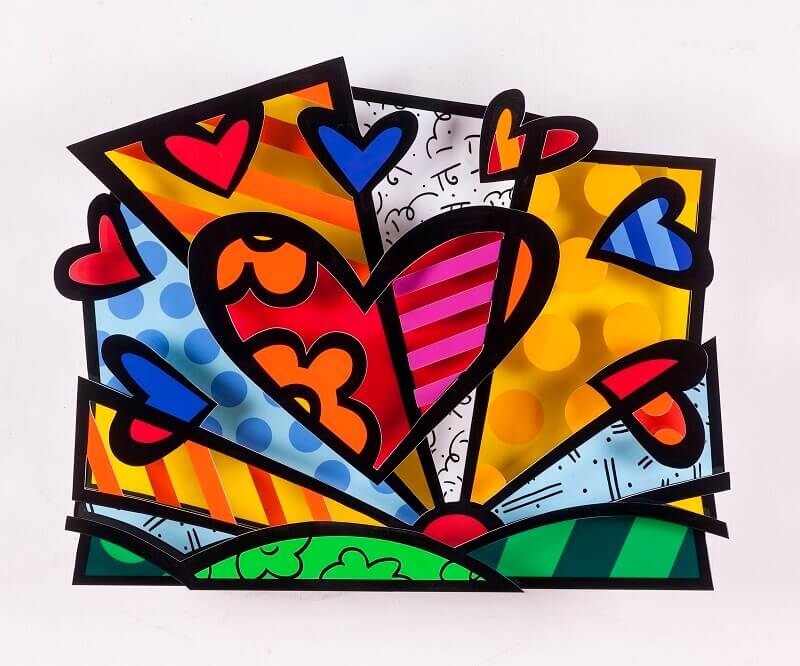 Now, Britto is one of the most famous Contemporary Pop Artists of the twenty-first century. His work has been exhibited in galleries and museums in over 100 countries and his famous style has been commercialized into one of the most successfully recognized styles of his age, making over $12 million dollars between paintings and sculpture sold and trademarked work. When asked about his own work, Britto is humbled, “As an artist, I feel lucky to have been given the gift of creativity so that I may share my vision of a better world. I will never forget what it was like to be poor and that is why it is so important to me that my work be accessible to all people. About his success, he says, “I let art critics and experts to say whatever they want. At the end of the day, I just paint.”