According to art historians, curators and enthusiasts, the modern art era ran from the 1860s to the 1960s. Currently, we are living in the age of post-modern contemporary art. This distinction is based on the changes seen in the art industry over many years. The contributions, the artwork, the techniques, everything evolved. 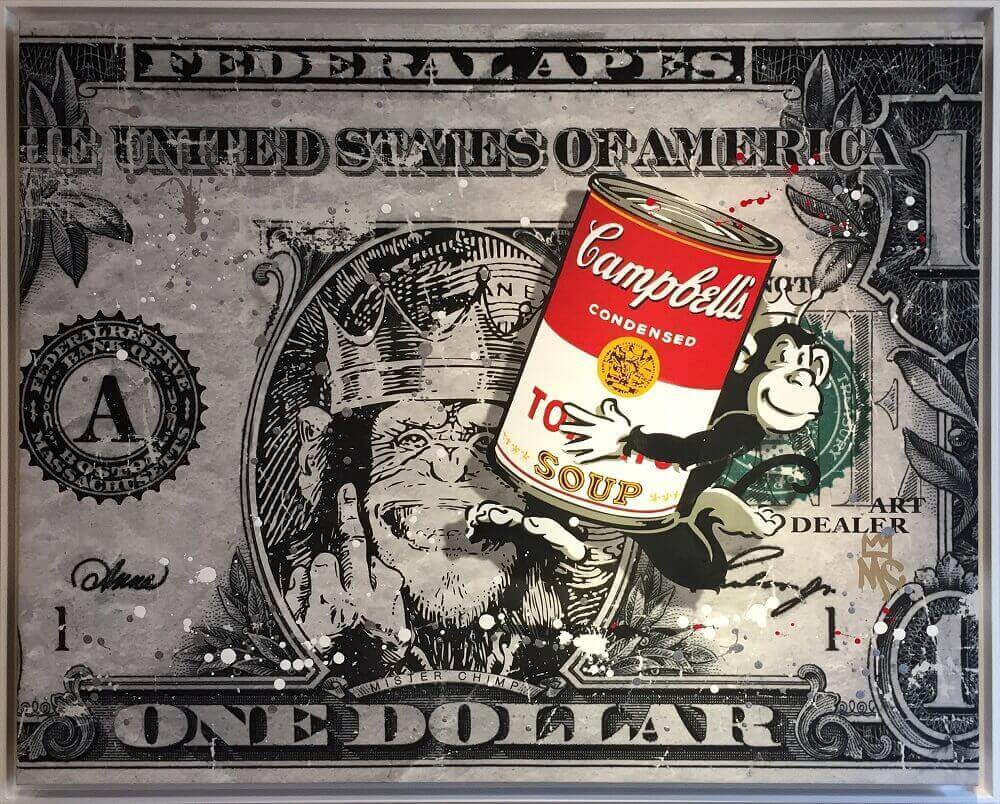 Let’s dive deeper into the differences between post-modern and modern art.

The world’s wars heavily influenced the modern art era, and it was an overall challenging period. Especially in Europe, financial stability was scarce, and the world was changing rapidly. Post-war advances in technology fuelled rapid and intense change across many industries, including the art world.

Many of the world’s most famous artists were modern artists. They include Pablo Picasso, Andy Warhol, Salvador Dali, Henri Matisse, Claude Monet, Piet Mondrian, Marcel Duchamp, Jackson Pollock, and so on are all famous names still remembered up to date from this period. 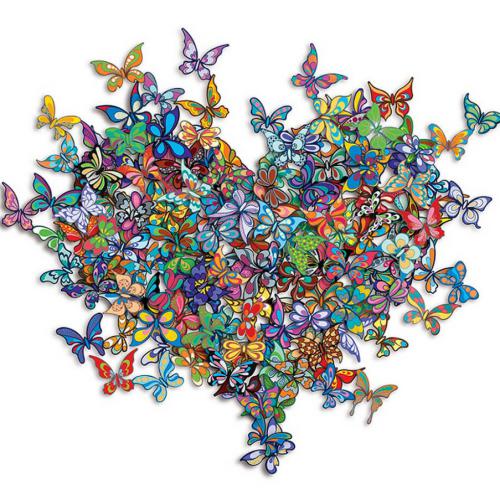 This era was known as the era of modernization. Over roughly a hundred years, modern artists completely redefined and transformed what critics and the public knew art to be. Every artist brought out their unique style, and due to specific small changes, the art sphere grew much wider in the post-modern era.

The renowned impressionist painter Edouard Manet is considered to be the first modern artist in art history. Manet moved away from the strict confines of complete realism, the dominant style, and added his unique touch to what would become modern art. Manet’s style and techniques inspired his fellow artist and future generation of artists to step out of the confines of traditionalism and explore a variety of styles. 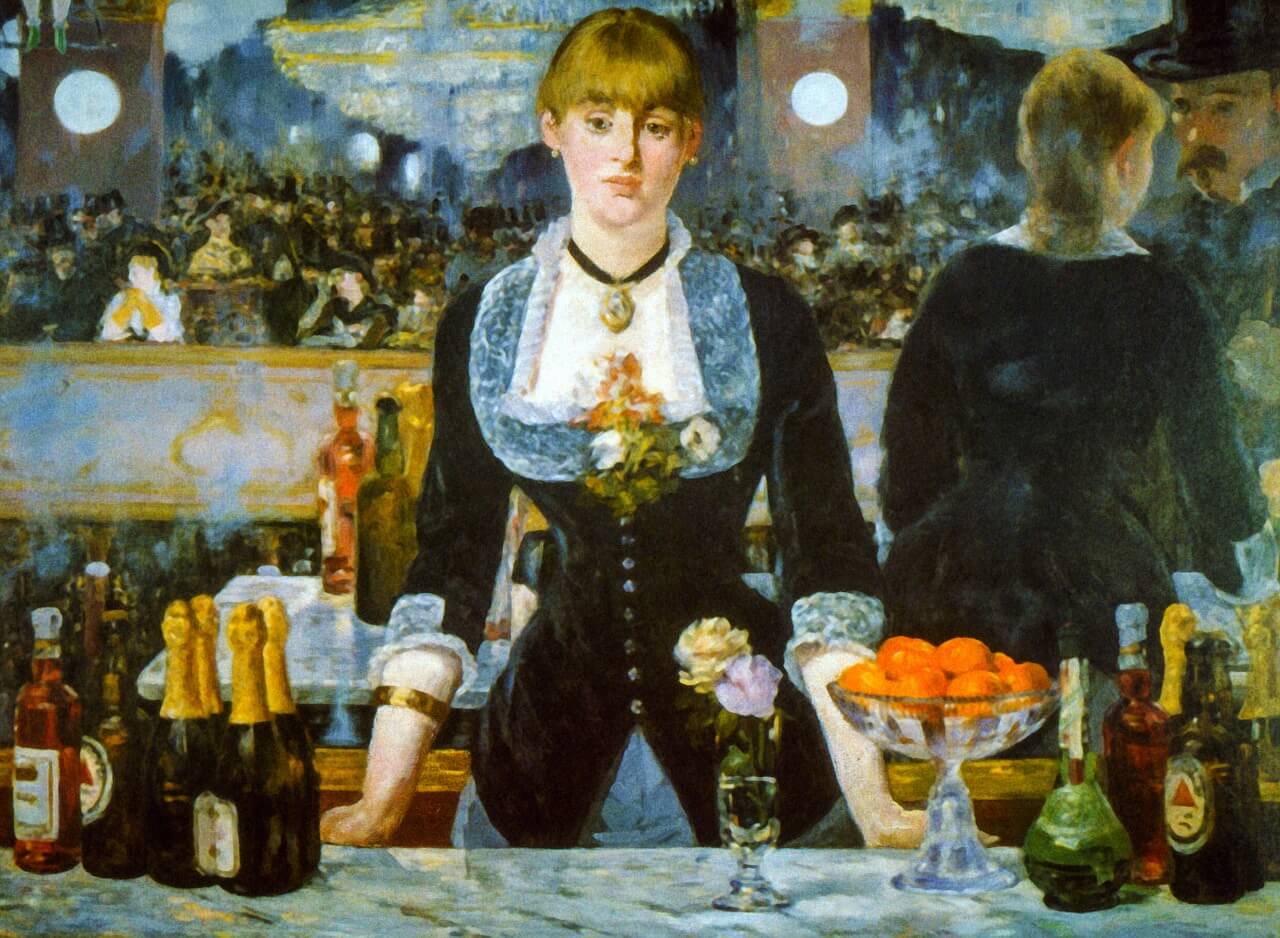 However, other historians consider that it was Paul Cézanne who was “the Father” of Modern art. Paul Cézanne was another French oil painter working in the late 19th century. His work broke away from the impressionist style of artists like Manet and became a catalyst for the modern art styles that followed it. 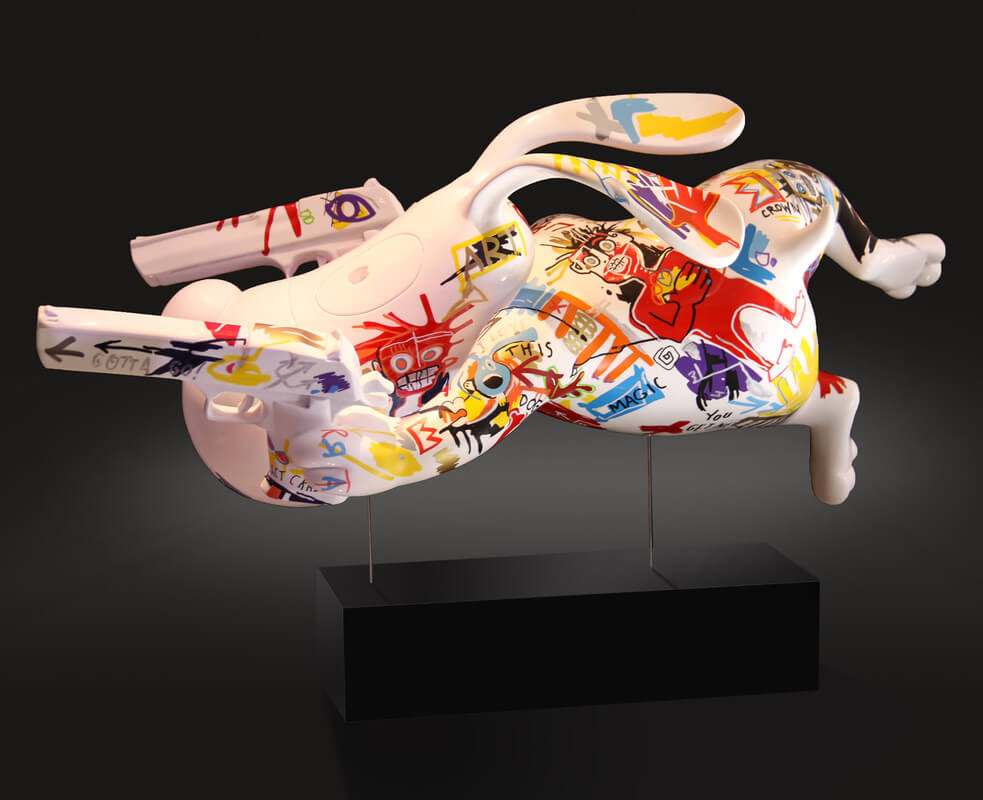 What Is Post-modern Art?

Post-modern art, more specifically, rebels against modern art. It contradicts some aspects of modernism or some artistic elements that emerged in its aftermath. Postmodernism is independent of politics and so-called worldly influences. 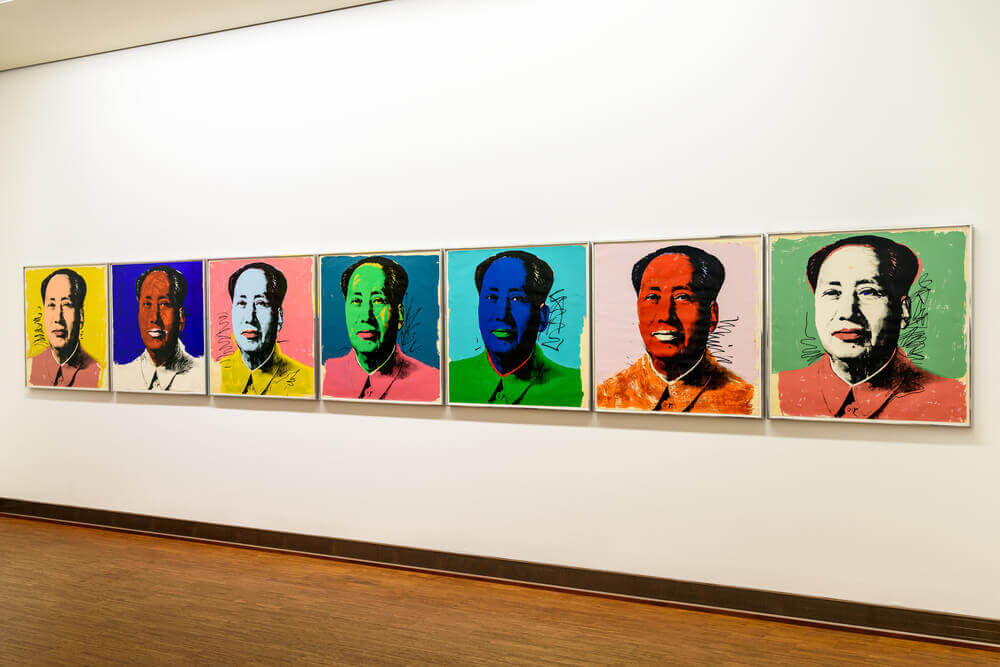 Post-modern art is often considered to be more liberal than modernist art. The post-modern era started in America when artists presented different types of modern art to the world. This artwork already existed but was not displayed, but as soon as it was out in the world, it revolutionized the art globe. 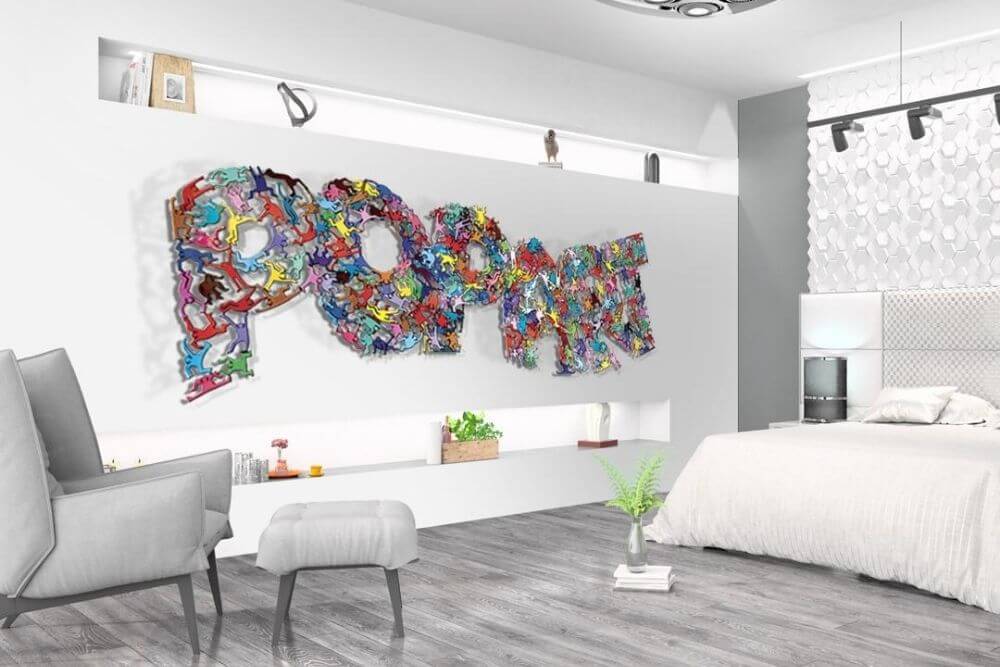 With the introduction of different technologies and platforms, post-modern art expanded more. Artists of this era became free from the set rules that they were bound to follow to be credited as “artists.” Now art is purely a form of expression rather than decoration. 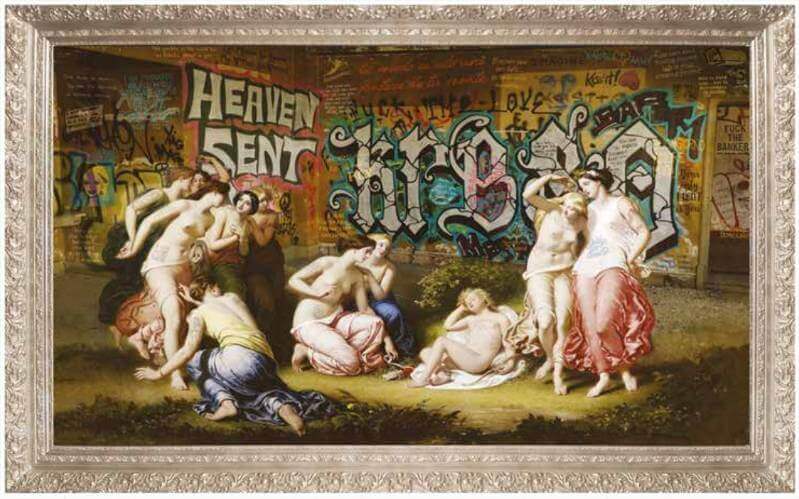 Similarities Between Modern and Post-modern Art

Although modern art and post-modern art are artforms of different eras, they still share similarities. The transition from the modern era to the post-modern era is somewhat blurry, and many artists produced artworks in both periods.

Both modern and post-modern art movements include many different art forms. Like the classical and renaissance periods, the fine art forms of painting, art sculpture, and architecture are dominant. However, modernism also ushered photography into the art world and increased experimentation with mixed media and experiential art.

Another similarity between these art movements is that they are global. Previously, many styles of schools of art style were geographically limited. Impressionism, for example, was firmly rooted in France, while classicism was limited to Greece and Italy. 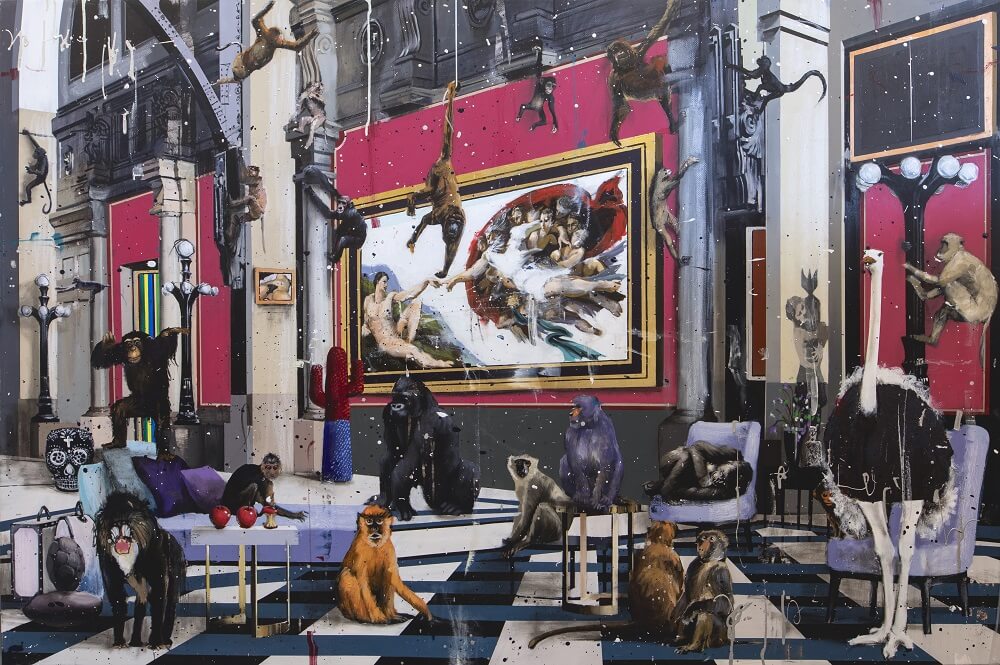 After the world wars of the 20th century, the world became more global, and many artists found themselves displaced. The aftermath of the wars ushered in a new era of international artwork spanning all the continents. From both movements, America rose to greater prominence as a center for artistic talent, shifting the focus of Europe, which had been the center of the art world for many centuries.

Differences Between Modern and Post-modern Art

The ideals of the modern and post-modern art movements are very different, and in many ways, postmodernism was a reaction against modernism. Modernism was focused on the artist and generally based on idealizing a utopian vision of human life.

Modern artists imagined a utopian society and held a strong belief in progress. They revered modernity, believing everything should aim to be more stylish. Modernists often championed minimalism, clarity, and simplicity, while post-modern artists often embraced complexity or even contradictory messages. 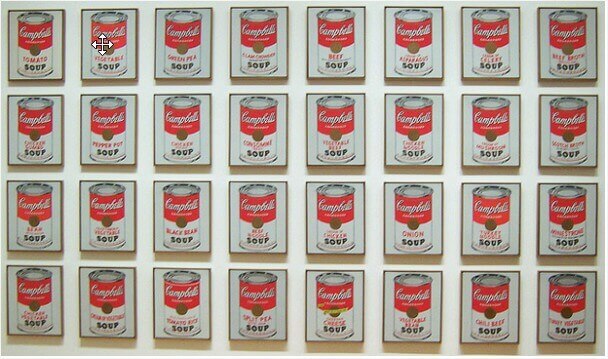 Post-modern artists also became more political with their artwork and are often more critical of society than the inward-looking modernists. Postmodernism also moves away from a focus on originality, and post-modern work is often deliberately impersonal. Pop Artists like Andy Warhol started this trend when they took elements of mass production and applied them to fine art. 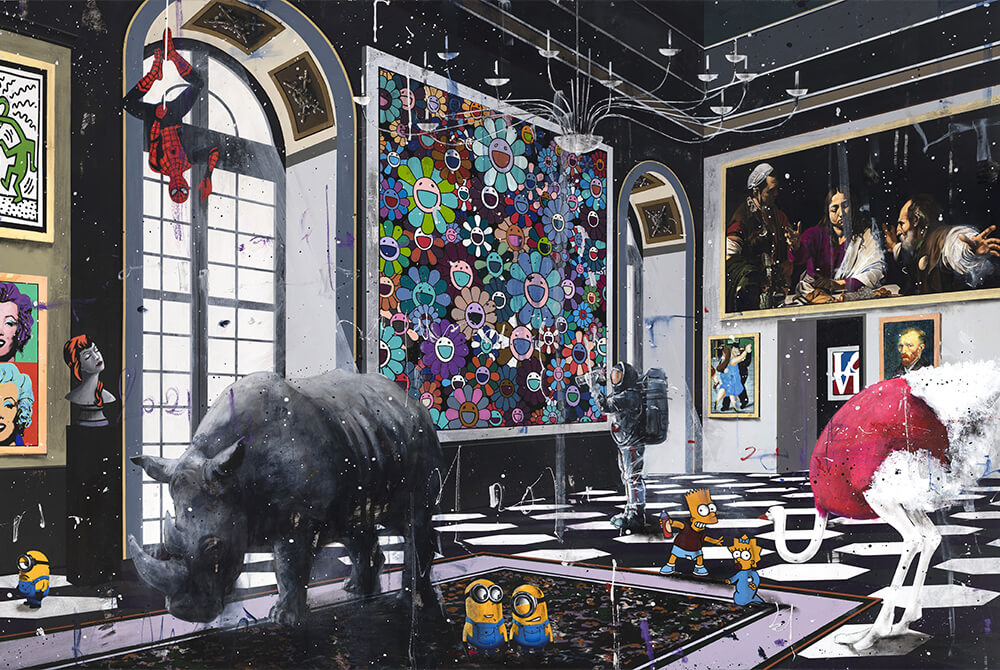