From social justice and nonviolent resistance to spreading a message of love and hope to the masses, Martin Luther King Jr. left his mark on society in so many ways. In the world of Contemporary art, there is hardly anyone better to depict these motifs through his work than Brazilian artist Eduardo Kobra. 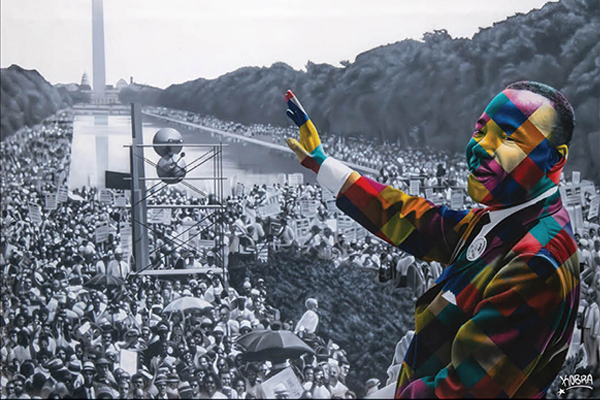 Martin Luther King Day is a day to celebrate the life and legacy of King and his contributions to the civil rights movement, including his famous "I Have a Dream" speech. One of the most important contributions that Martin Luther King gave to the people was hope. Much like King, Eduardo Kobra harnesses optimism in his paintings in order to show strength and determination. Kobra, born in 1975 in a rural  neighborhood in São Paulo, began his career at 12 years old and, since then, has become one of the most recognized muralists in the world. The realism in his designs make his flat-surfaced enormously colorful wall paintings appear three-dimensional and alive with life. Not only do his artworks inspire social change, but his use of bright, bold and contrasting colors are just one of the many ways he instills faith for humanity in his viewers. 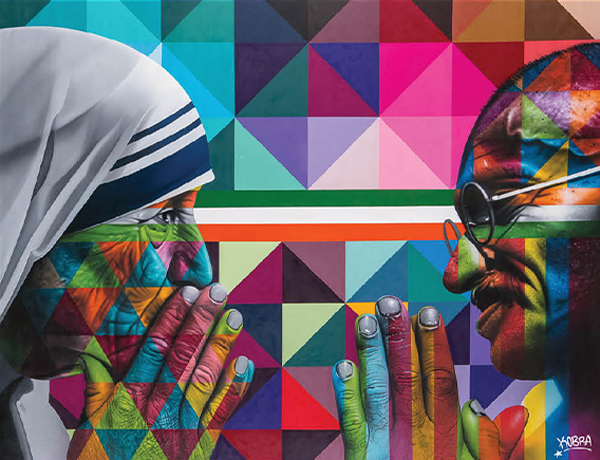 Kobra, much like King, is a beacon for diversity and unity. He often paints people of different cultural, religious or ethnic backgrounds, coming together such as in his painting called ‘Tolerance’. In this artwork, Mother Teresa of Calcutta and Mahatma Gandhi, two great religious pacifists that dedicated their lives to India at different times of the 20th century, come face to face. On one side, a Catholic leader, and on the other side, a Hindu leader, this portrayal is an exercise of faith in humanity. Just like MLK said in his famous speech, “Now is the time to rise from the dark and desolate valley of segregation to the sunlit path of racial justice,” it is believed that different religions should not represent a barrier but a bridge - since they share the same goal. 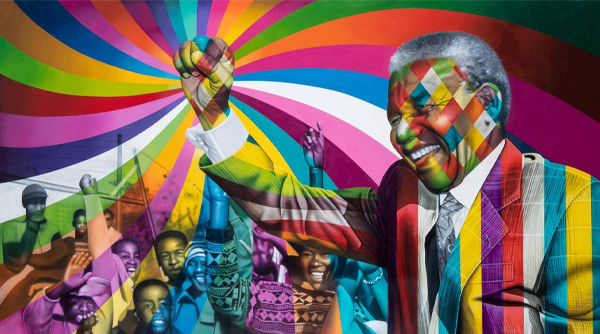 Beyond depicting human beings of different origins joining forces, Kobra also paints many inspirational leaders who stood for love and kindness as a means to fight racial inequality. Like King famously stated, “Darkness cannot drive out darkness; only light can do that.” In Eduardo’s painting of Nelson Mandela, he encapsulates the universal creed of any true leader, that the most effective way to achieve change is through love.

Eduardo Kobra is a leader in the art world for social progress through his paintings and street murals. Much like what Martin Luther King Jr. stood for, Kobras' artwork celebrates differences across the human race and encourages peace. Explore more artworks by the famed artist on our Eden Gallery website, or at a local gallery near you.