Since the beginning of time, food has played an essential part in our social and cultural lifestyles. Thus, it is no wonder that food has been considered a subject of art throughout human history. Inspired by everyday life, Dutch artist duo Ruben Verheggen and Eva Verheggen-Post AKA Kunst Met Een R, create a hand sculpted world of artistry, humor, and eye candy, allowing their viewers to indulge in their work. Food provides needed sustenance and, like fine art, offers immense pleasure, and it is no surprise that food has been depicted in art for centuries.

Food drawings have been found deep within Egyptian pyramids and illustrated on the inner walls of burial chambers and coffins to display the grace and mercy waiting for the deceased in the afterlife. Likewise, in the Christian religion, the apple is associated with Adam's temptation in the story of the Garden of Eden. Food within art was also prevalent through the Middle Ages and Renaissance to modern times, symbolizing particular virtues or values and revealing something more significant than itself. In contemporary art, feminist artists use food to demonstrate the restraints of being a wife and mother, while men are free to pursue a career with no restrictions. Food has been and continues to be interwoven with most aspects of our lives. 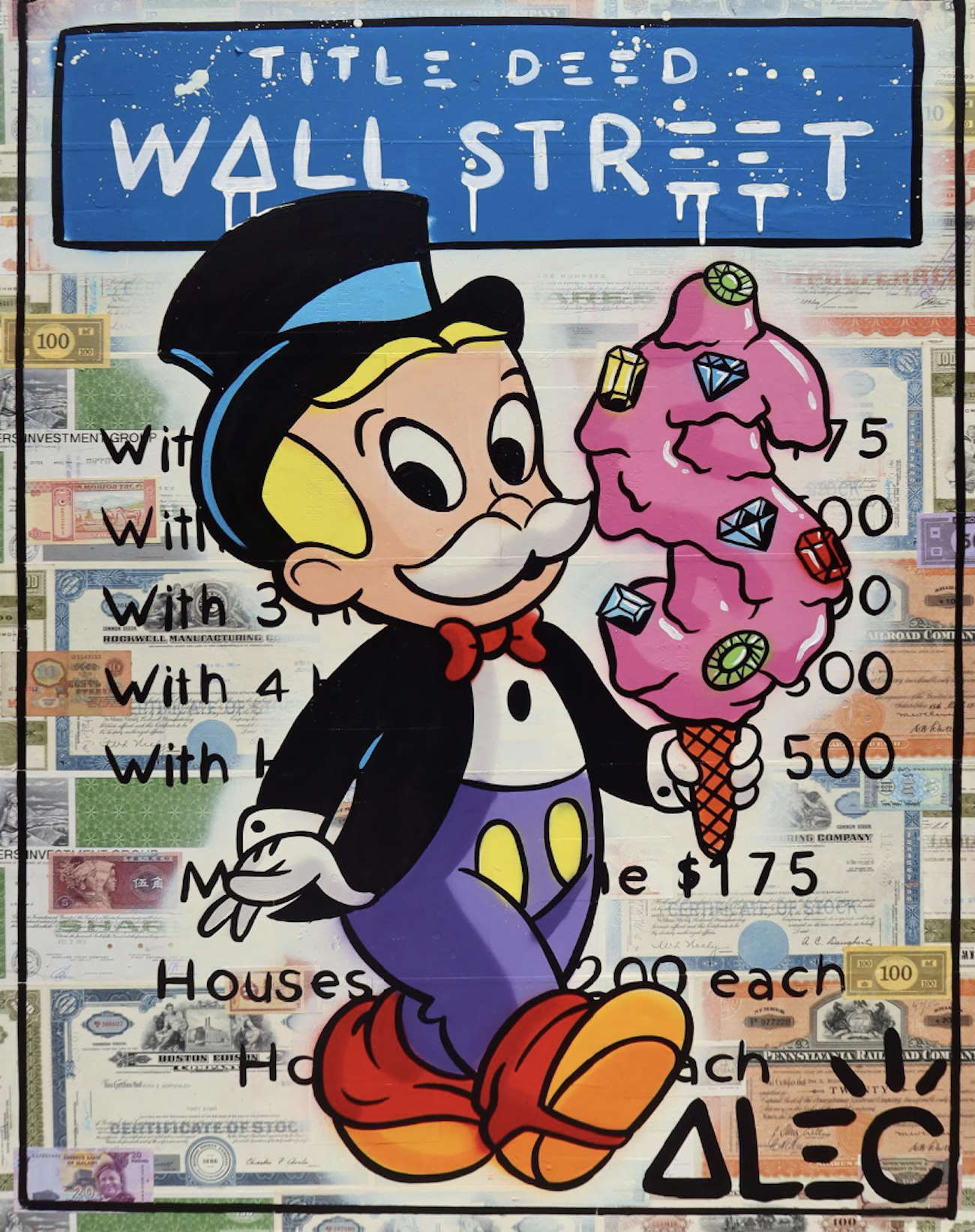 The amplified presence of food also plays an inexplicable role in the creation of America's most well–known genre, Pop art. The movement celebrates the aspects of everyday life, drawing inspiration from commonplace objects such as edible imagery while including irony into elite art. Critically acclaimed graffiti artist Alec Monopoly demonstrates his playful humor with artworks such as in his Title Deed collection. A combination of widely known character  Richie Rich as Monopoly Man, holding ice creams shaped in a dollar sign. Alec tends to challenge traditional contemporary art pieces by placing comedic and symbolic messages in his work.

Through contemporary, 3D handcrafted art, "Kunst met een R" transforms quintessential scenes into unique shadow boxes, using food and drink as their subject matter. The artist duo gets their inspiration from everyday events and objects. They are responsible for their part in the artistic process. The concept is outlined by Ruben, who focuses more on the frames and the shadow box itself. In contrast, Eva focuses on the characters within the shadow boxes and more minor details, including the finishing touch, making the figures come to life. 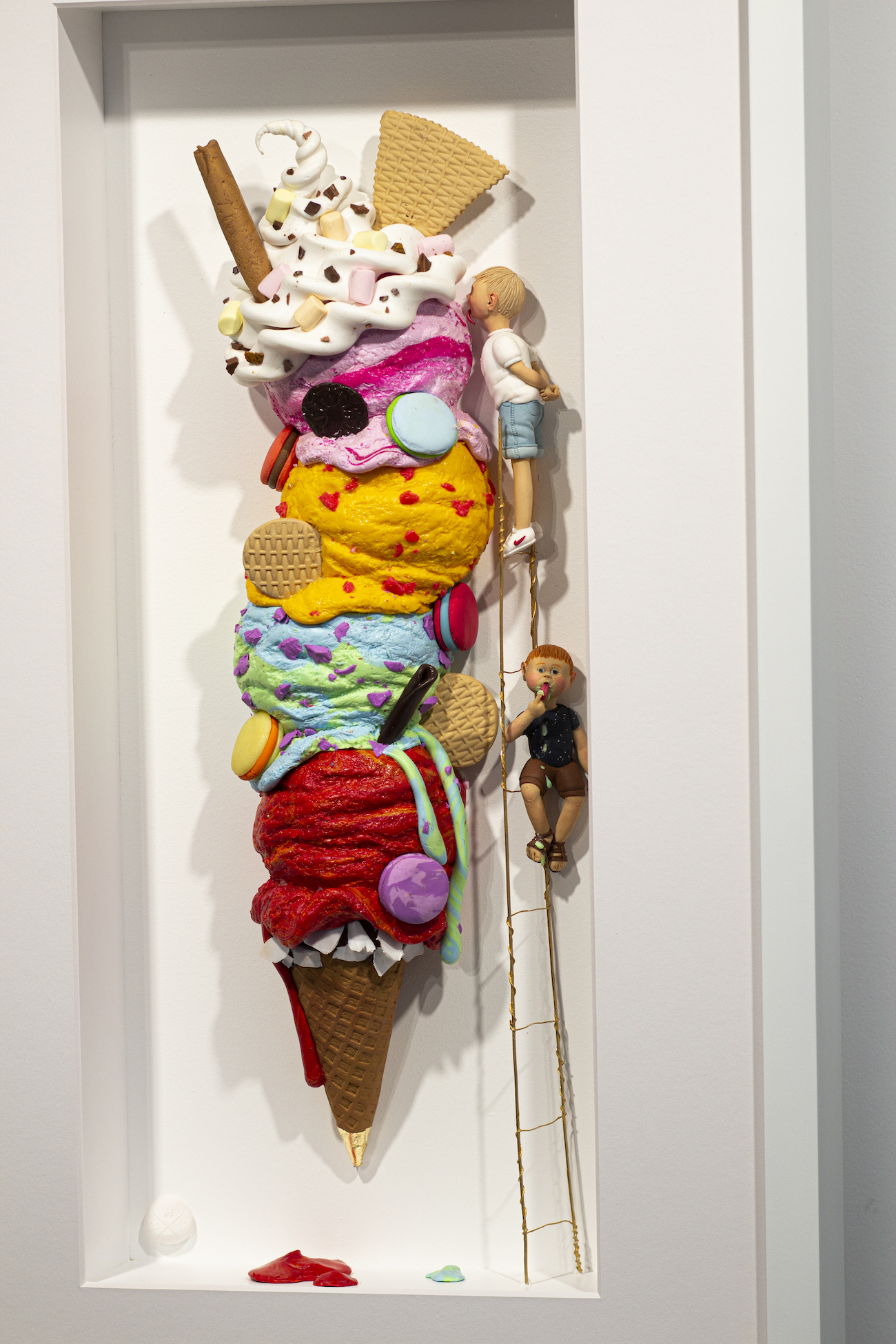 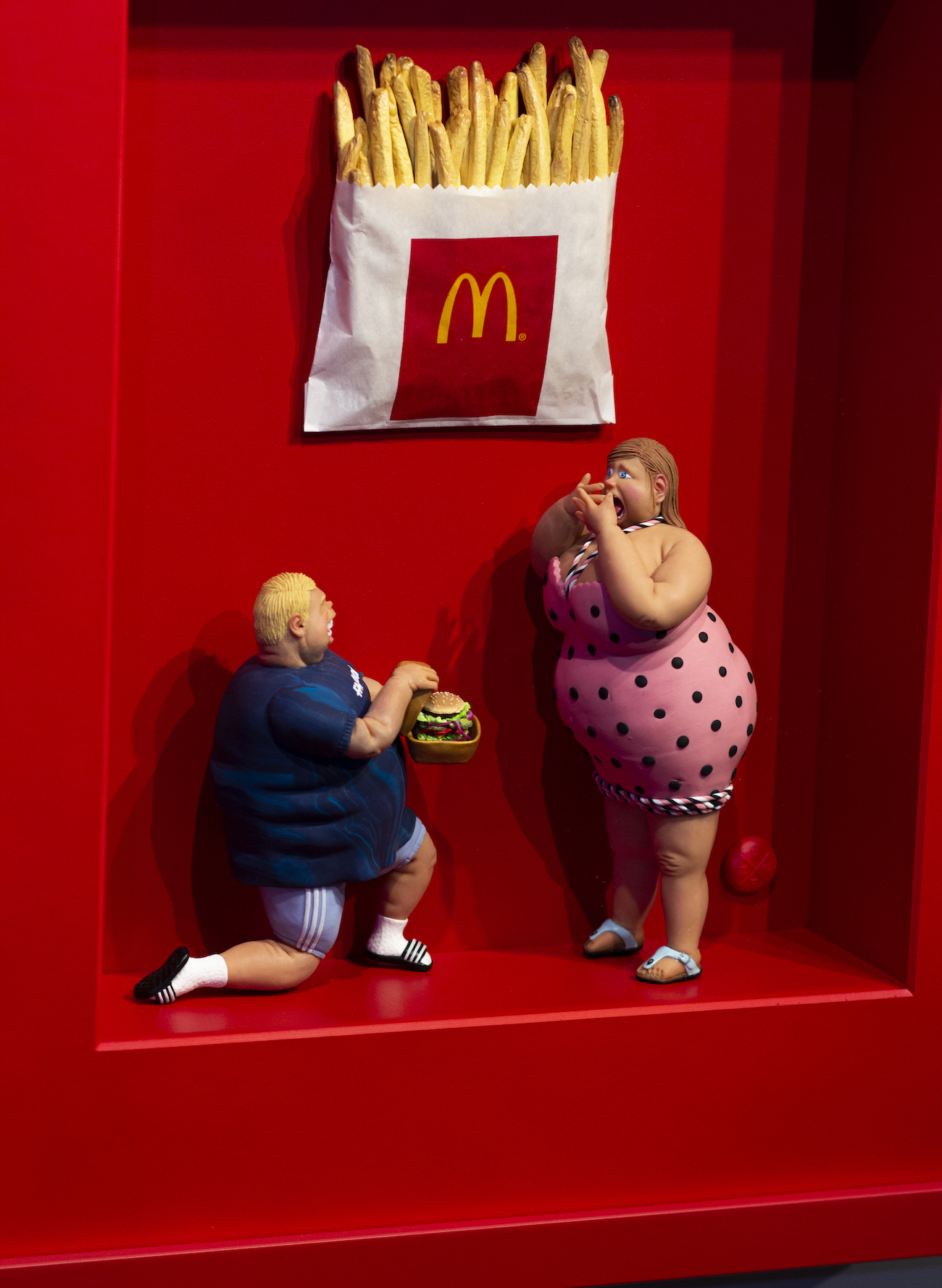 "Kunst met een R" believes that food connects. They enjoy using food as a focal point within their work because every type of food has its own story. The duo wants to create a sense of desire in the audience as they drool over each delectable shadow box.

Whether food in art is created to boast the artist's talent or to communicate an opinion, it is still very prevalent today and will remain as long as art and food exist worldwide. To explore more of "Kunst met een R's" mouth-watering shadow boxes, and Alec Monopoly’s collections, check out the Eden Gallery website or visit a gallery near you.

As we approach the end of the 2022 year, we take a look a look forward into the new year and spectate what we believe to be the upcoming trends in the art industry for 2023. Click here to learn more.

Inspired by the works of the masters, many artists that work at the forefront of the art world often draw inspiration from iconic faces of the industry who paved the way for them. Click here to learn more.