What Are the 7 Different Forms of Art?

The definition of art is diverse, covering many unique forms of expression. However, there are broadly seven forms of art that fall into the common collective definition of “the arts.”

The Definition of Art

Art in any form is an expression or application of human creativity, skill, and imagination. Many of the arts are experienced visually but can also be audible or enjoyed through sensory touch. Arts were traditionally appreciated primarily for their beauty or emotional power but are now often used for political expression or social commentary.

Most art can be generally categorized into the seven different forms of art we will look at in this article. Recognizing and understanding each of the distinct categories of art not only enables us to enjoy art more, but it’s also vital to help us understand the role of the arts in our lives and history.

What Are the 7 Different Forms of Art?

Specific mediums and forms of artistic expression have changed throughout human history, but for the most part, art falls into one of the following seven classical forms. Each different form of art is experienced differently and affects our emotions and feelings.

We’ll explore what each art form covers, its history, and how it enriches our everyday lives.

Painting is what most minds jump to when we think of art. Painting is the most commonly taught art medium in childhood education. Many of today’s best-known contemporary artists work in this medium, including Alec Monopoly, David Kracov, Yoel Benharrouche, Angelo Accardi, and Calman Shemi. 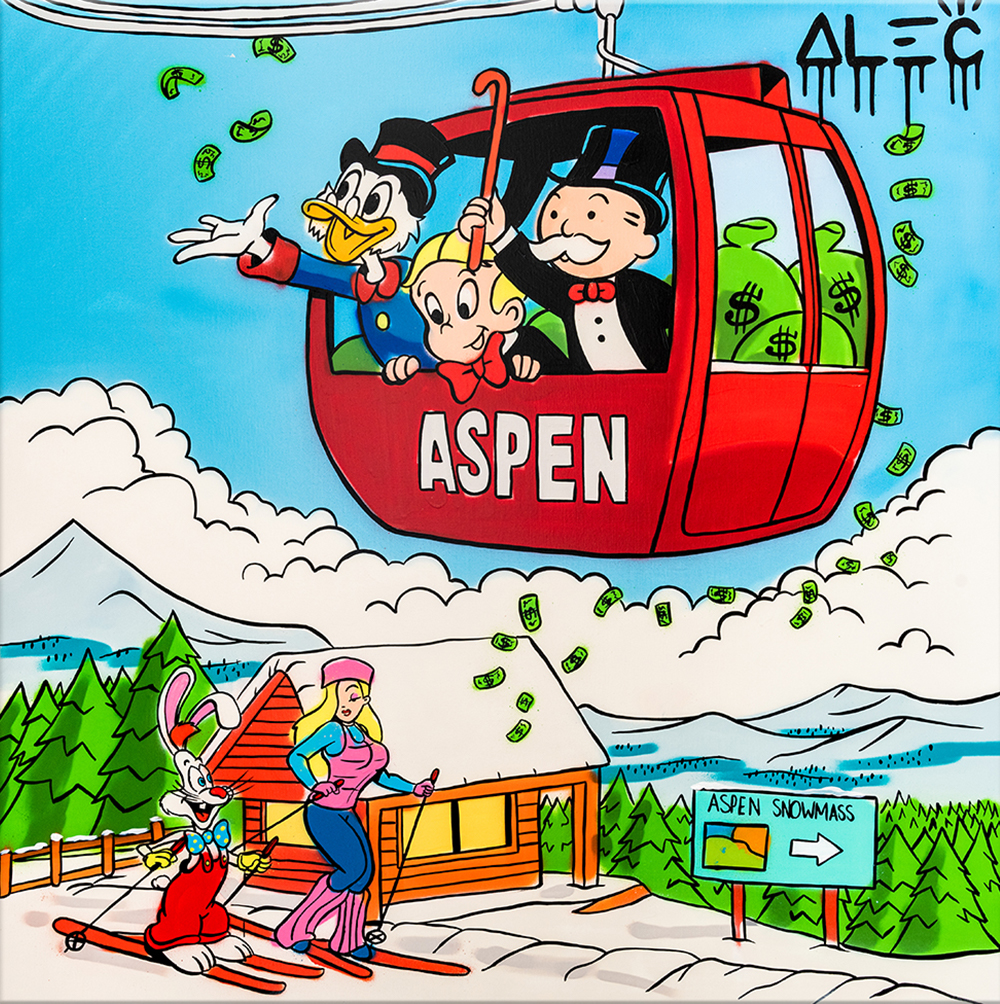 Painting is a form of expressing your artistic vision using paint as the primary medium. An artist who worked predominantly in this medium is known as a painter and develops their work by applying different colored paints onto a solid surface, usually a canvas, to produce a work of art. Paints are generally oil, acrylic, or watercolor, but you can also paint with pigments, dyes, and inks or incorporate other materials.

The paint application comes in many forms; it may be brushed on, smeared, dabbed, or splashed. Painting is one of the ancient forms of art, with cave paintings dating back to prehistoric times.

Paintings are classified by both the subject matter, style, and genre. Painting subjects usually fall into still life, landscape, seascape, portraiture, or abstract. There are many painting styles, including modernist, expressionist, classical, surreal, cubist, Chinese style, abstract, impressionist, and many more.

Sculpture is another ancient visual art form that dates back to prehistoric times. A sculpture creates three-dimensional visual images, traditionally using materials such as clay, stone, ceramics, metals, or wood.

Famous classical sculptors such as Michelangelo and Myron favored carving and casting techniques using marble and bronze. Many of the most well-known sculptures in the world, such as ‘David’, ‘The Statue of Liberty’, and ‘Manneken Pis’, use these materials. 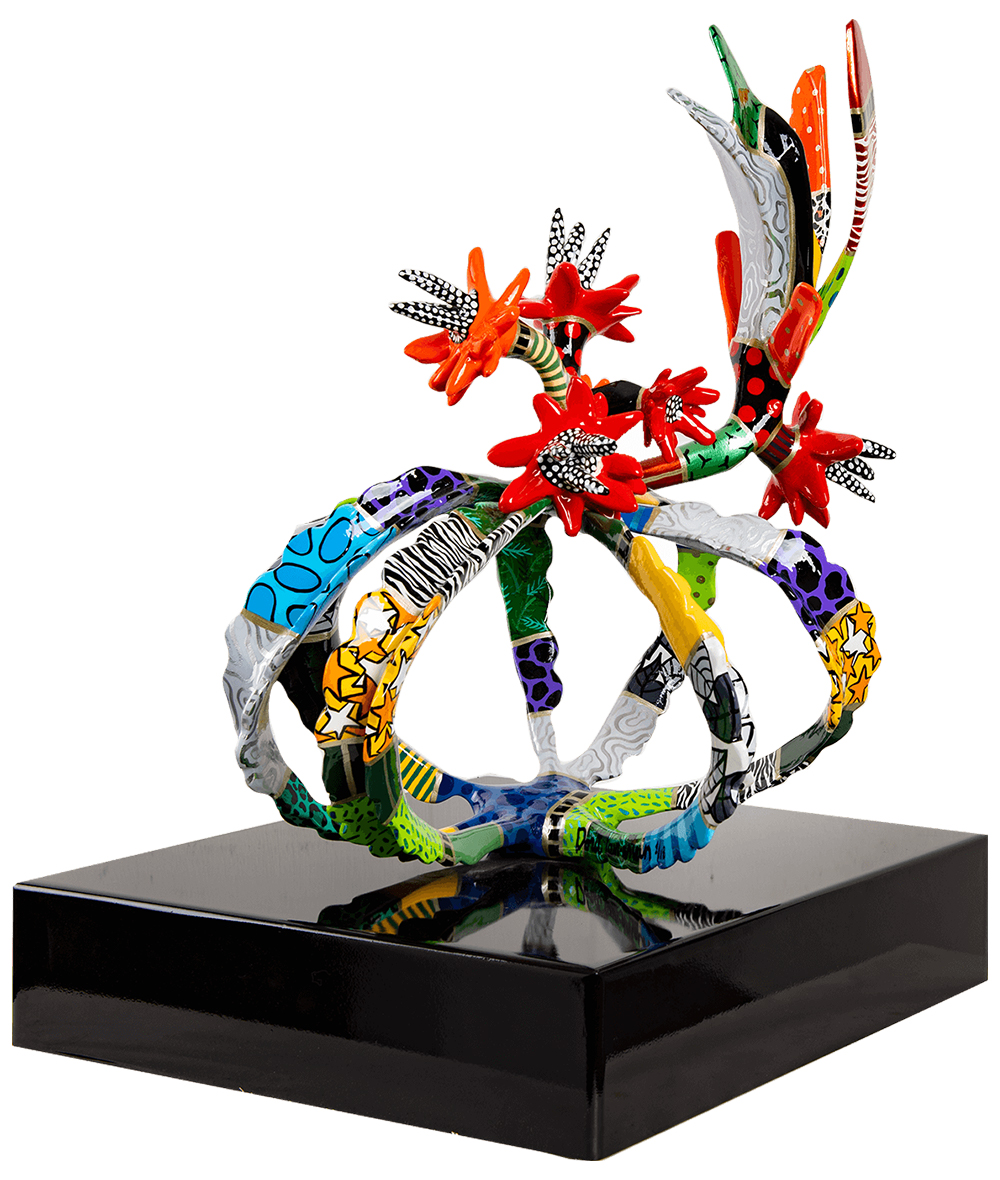 In 1917, Marcel Duchamp’s ‘Fountain’ changed the public perception of what art and sculpture were when he revealed a sculpture consisting of a readymade porcelain urinal. The definition of what falls into the category of sculpture has continued to expand since.

In many cultures, sculptures were the first and oldest forms of public art. Often too big for private homes, sculptures were commissioned by kings or religious and political leaders and displayed in public places – usually as expressions of wealth, power, religion, or politics. Many classical cities of the ancient world, such as Athens, Jerusalem, Istanbul, and Rome, are home to impressive public sculpture collections.

Literature is an art form that shares stories. It is an art form of language and can be read or spoken. The Concise Oxford Dictionary defines literature as “writings whose value lies in the beauty of form or emotional effect.”

Writers create art with literature through the organization of words that give pleasure, and while reading is enjoyable, those words are often critiques of society. Many of the most well-known authors used language and the written word to critique or offer a point of view on society, including George Orwell, Charlotte Brontë, and Charles Dickens.

While literature stands on its own as an art form and is one of the seven different forms of art, it is also closely related to theater, poetry, film, music, and the spoken word.

Architecture serves a functional purpose but is an early and consistent representation of man’s desire to build meaningful structures throughout history. Architecture is both a utility necessity and an art form, and as sculpture, it is publicly available.

Many of the world’s most famous architectural works can be easily seen in major cities worldwide. However, renowned modern architects like Frank Llyod Wright and Frank Gehry have also undertaken private residence projects. There could very well be some art on your very own street.

Cinema is the newest of the seven forms of art. Created just over a century ago, cinema may not have the length of history as the other art forms on this list, but it has quickly become one of the most popular.

Movies are the projection of a three-dimensional world onto a two-dimensional screen, an art form that engages our audible and visual senses. Like literature, movies tell a story, but they do so with both spoken word, visual art and more.

Cinema has quickly advanced to become the large industry we now know today. The movie industry employs artisans in special effects, animation, makeup, costumes, writing, set design, score, acting, directing, and more. Many of these artistic professionals fall under the other seven broad categories of art listed in this article. There is a wide range of creative vision and skill that goes into every cinematic production.

Although cinematic art production requires many skilled artisans, the master artist is often considered the director. Directors like Stanley Kubrik, Alfred Hitchcock, George Lucas, Akira Kurosawa, are considered some of the most renowned of all time.

While cinema is often not perceived as a high art like some of the classic forms, it is undoubtedly one of the most accessible and popular art categories of the modern era.

Music is the art of arranging audible sounds and vibrations to produce a musical composition using the elements of melody, harmony, rhythm, and timbre. Music can use the human voice, instruments, or both.

Music is an art form that is culturally universal and present in all human societies across the world. Music also has strong associations with religion and is a standard part of many religious practices. When sounds produced by vocal cords and various instruments are combined, they can express the beauty of emotion.

Music is more difficult to date than the visual arts, but it’s believed that vocal sounds played an essential role in humankind’s early communication before speech development. There is evidence that our ancient ancestors crafted musical instruments using wood, bones, stones, and other natural materials.

Nowadays, modern musicians have a plethora of musical instruments at their disposal to create music alongside their voices. Music is defined by genre, with too many genres and styles to name. Popular western music genres include everything from classical to gospel, rock, pop, hip-hop, rap, electronic, blues, country, reggae, indie, trap, reggaeton, folk, metal, punk, soul, funk, techno, and many more.

Theater is an art form where the artist combines both visual art and dramatic performance. Over time the definition of theatre has broadened to include performance art. Usually, it includes different art forms where the artist or artists present or perform their art on a stage.

Theater has been a part of culture since the Ancient Greeks in the 6th century BC. Theater has since become one of the most popular sources of entertainment. The broader performing arts include theater and dance, music, opera, circus arts, musicals, magic or illusion, mime, spoken word, puppetry, and performance art. The traditional Greek classifications of theatre: drama, tragedy, and comedy, still apply to many modern productions.

Theater often incorporates the other seven different forms of art in its total package, with music, set design, and literature often used as elements of theater production. Other forms of decorative arts such as costume making also contribute to the overall experience. Theater performances have also been hosted in some of history’s most spectacular architectural settings such as Pompei and other famous ancient Greek and Roman amphitheaters.

Many different artists have contributed to the creation of theater productions. Noted artists of the theater include playwrights such as William Shakespeare, composers like Andrew Lloyd Webber, as well as directors and thespians like Lee Strasberg, Laurence Olivier, and Julie Andrews.

It is very difficult to pinpoint only one answer when asking what is the most popular form of art.  The answer is highly subjective and changes all the time. However, the seven forms of art that most clearly show us how history and society have changed over time are undoubtedly cinema, paintings, architecture, sculptures, literature, theatre, and music.