On Friday, September 8th, remembrances pour in for Her Majesty, Queen Elizabeth II, who passed away at 96, making her as the longest ruling English monarch in history. The moral exemplar, who steered the British monarchy into the 21st century, ruled for seven decades, heavily committed to the rituals of her role amid a rapid social and economic change in a world of shifting values.

During the Queen's long years as sovereign during a time of enormous upheaval, she sought to revolutionize the public's perceptions of the long-standing monarchy. Elizabeth II inherited a throne whose political power had been steadily fading away since the 18th century. Yet, the monarchy's role in the nation's public life grew ever more critical. The 20th-century sovereignty was expected to act as a focus for national identity, a position that signifies unity, pride, stability, and continuity.

Recognized as "The servant Queen," Elizabeth devoted herself to being a servant to the public, making an effort to include ordinary people in the lives of the Royal family. This is apparent in her decision to televise her elaborate coronation in 1953 and every royal ceremony that followed so that everyone could participate in the grand celebration.

Queen Elizabeth II was undoubtedly a global icon whose eternal sense of duty to her family and country made her a fascinating figure. Britain and the rest of the world viewed her with respect, esteem, awe, and affection. As a symbol of female empowerment and grace, the Queen was immensely proud of Britain and its people, and the world will mourn her passing. 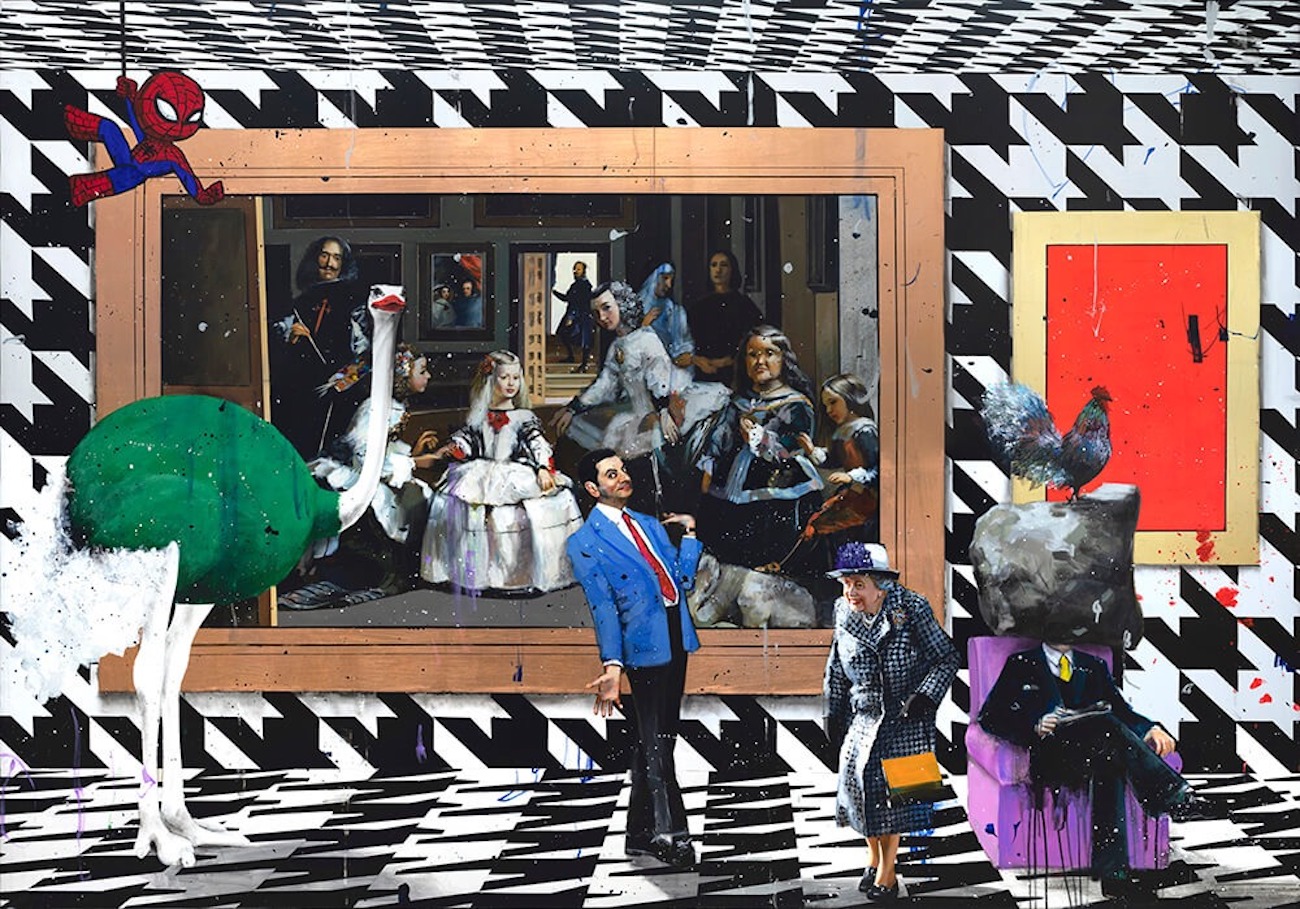 Exclusive Eden Gallery artist Angelo Accardi pays tribute to Queen Elizabeth and many other past British icons through his artwork. Through the use of familiar subjects, Accardi succeeds at encouraging his audience to embrace a feeling and spirit of admiration and respect while crediting many figures throughout history.

"Long Live the Queen" is a remarkable work of art that portrays the Queen and various other meaningful figures, such as Mr. Bean and the artist's signature ostrich. Through Accardi's sophisticated use of color and materials, he adds an immense amount of depth to the painting, encouraging his audience to connect themselves to the art.

Deriving inspiration from pop culture and history elements, Accardi painted yet another work of art that recognizes the global icon that ruled Great Britain for generations. "The Queen and Us" gives viewers a new interpretation at each glance. In addition, this artwork includes many alluding symbols, including Queen Elizabeth, that give this piece a unique element of dimension.

To further immerse yourself within the unique work tributing the late Queen Elizabeth II, explore our Eden Gallery website, or visit an Eden Gallery location near you.