Award-winning artist Eduardo Kobra has captured the hearts of millions of people all around the world with his uniquely colorful style and heartfelt messages behind his art. Getting his start as a graffiti artist living in the outskirts of a poor São Paulo neighborhood, Kobra has climbed to the top of the contemporary art world, exhibiting around the globe and breaking records. 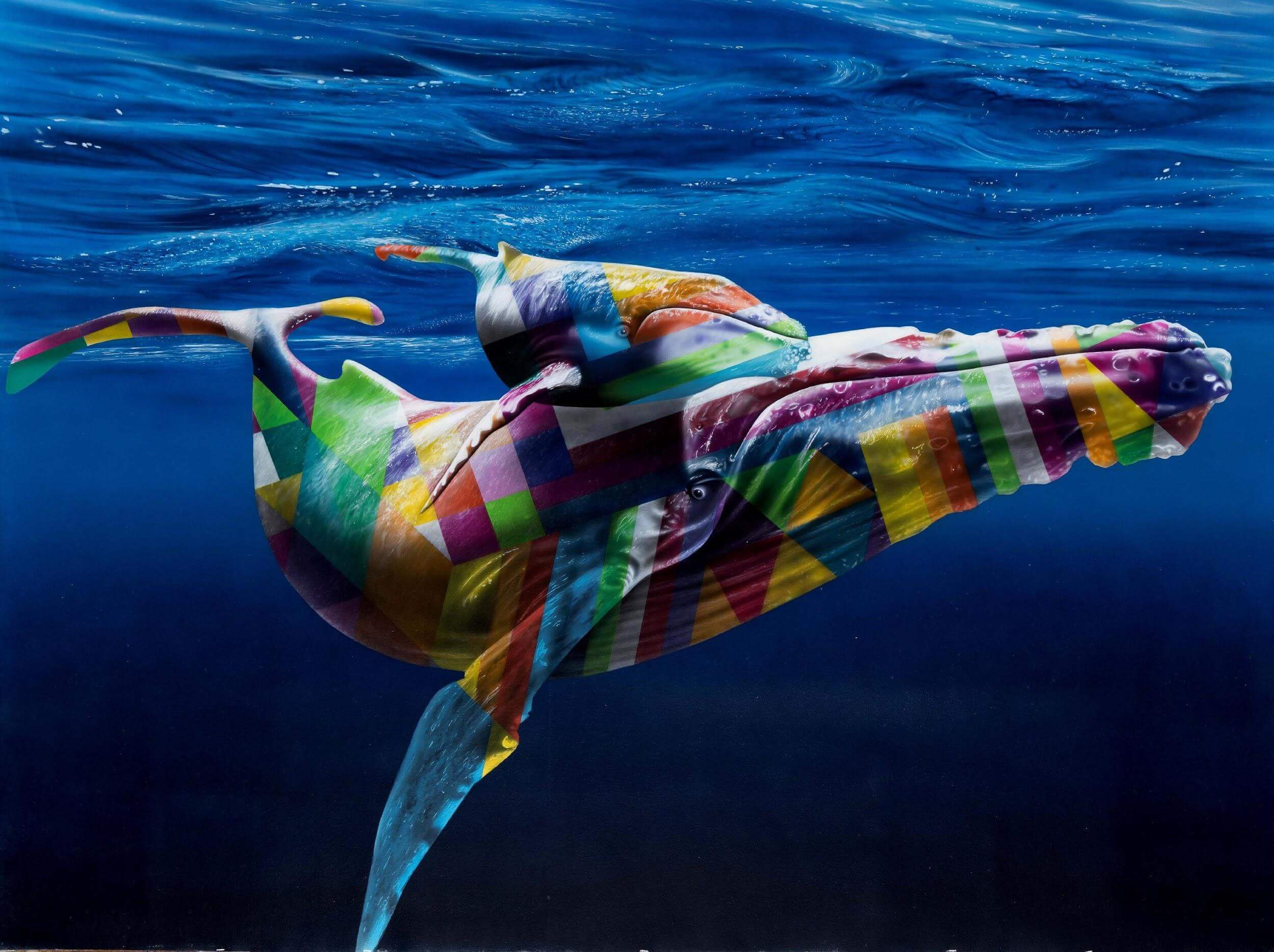 Today São Paulo is one of the capitals of graffiti art, with street tours in every language and famous faces and murals covering the walls of the city. However, it wasn’t always this way. During the 90s, the barrio of Campo Limpo was a small neighborhood in the southern part of the city known for crime and drugs. Here, Kobra was born into a lower-class family but credits his upbringing and adversities to having provided his positive foundation. Knowing what his life could have fallen to, pushed him even harder to succeed and made him that much more dedicated to his art. 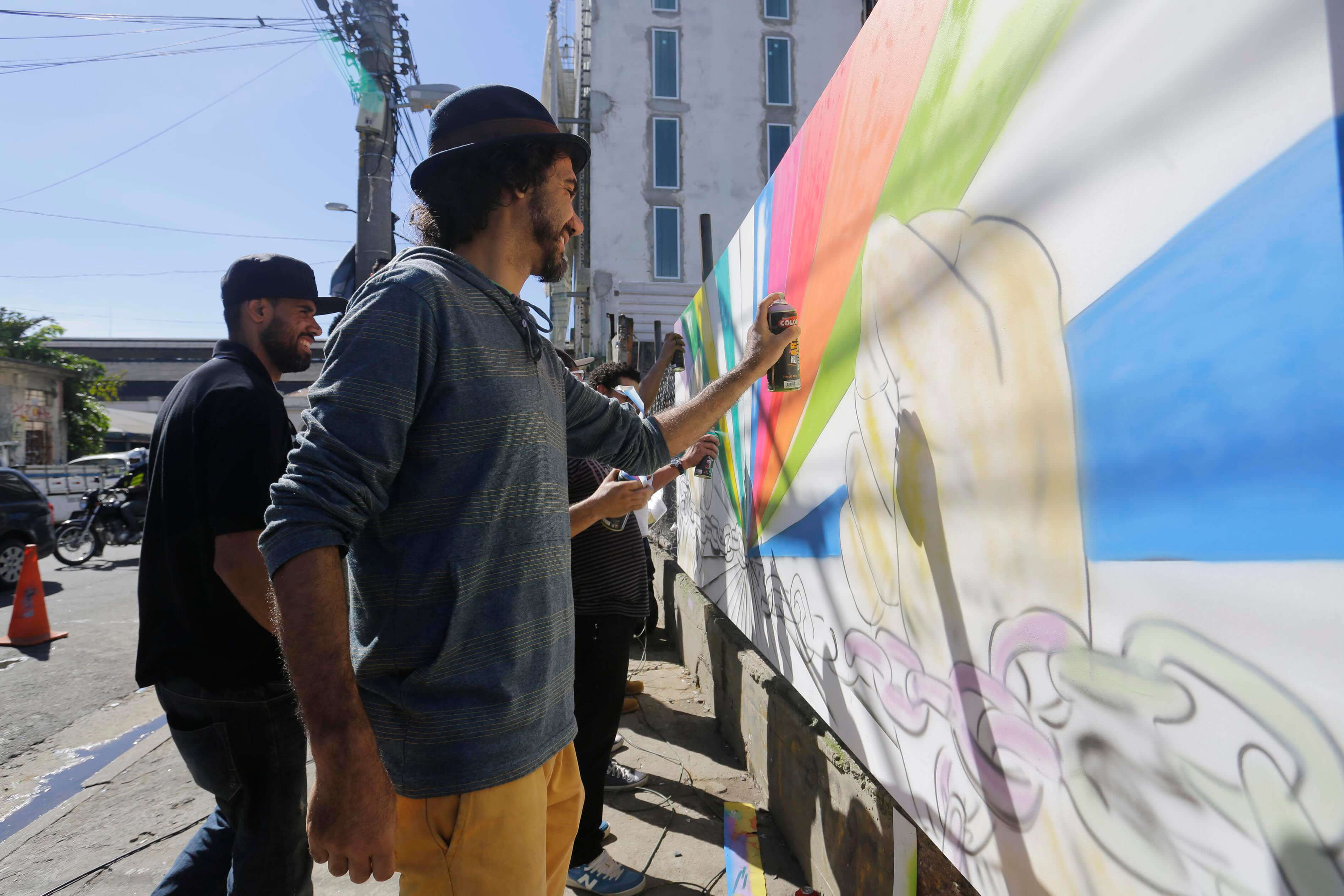 Throughout childhood, Kobra did not have access to art classes, art studies, or art galleries. Art was something reserved for upscale districts. However, graffiti in the form of pichação existed. Pichação is loosely translated to “wall writings,” a unique style of graffiti found in the streets of Brazil. Pichação has been popular in Brazil since the 1940s as a political statement with thin letters and sometimes aggressive declarations. It is with this that Kobra first began to experiment with art. In the process, he was detained for vandalism three times. Taking advantage of every moment, Kobra saw an opportunity in this form of creation. His innate understanding of color and composition guided creativity while pichação gave him the knowledge of the technical work of spray cans and acrylics. 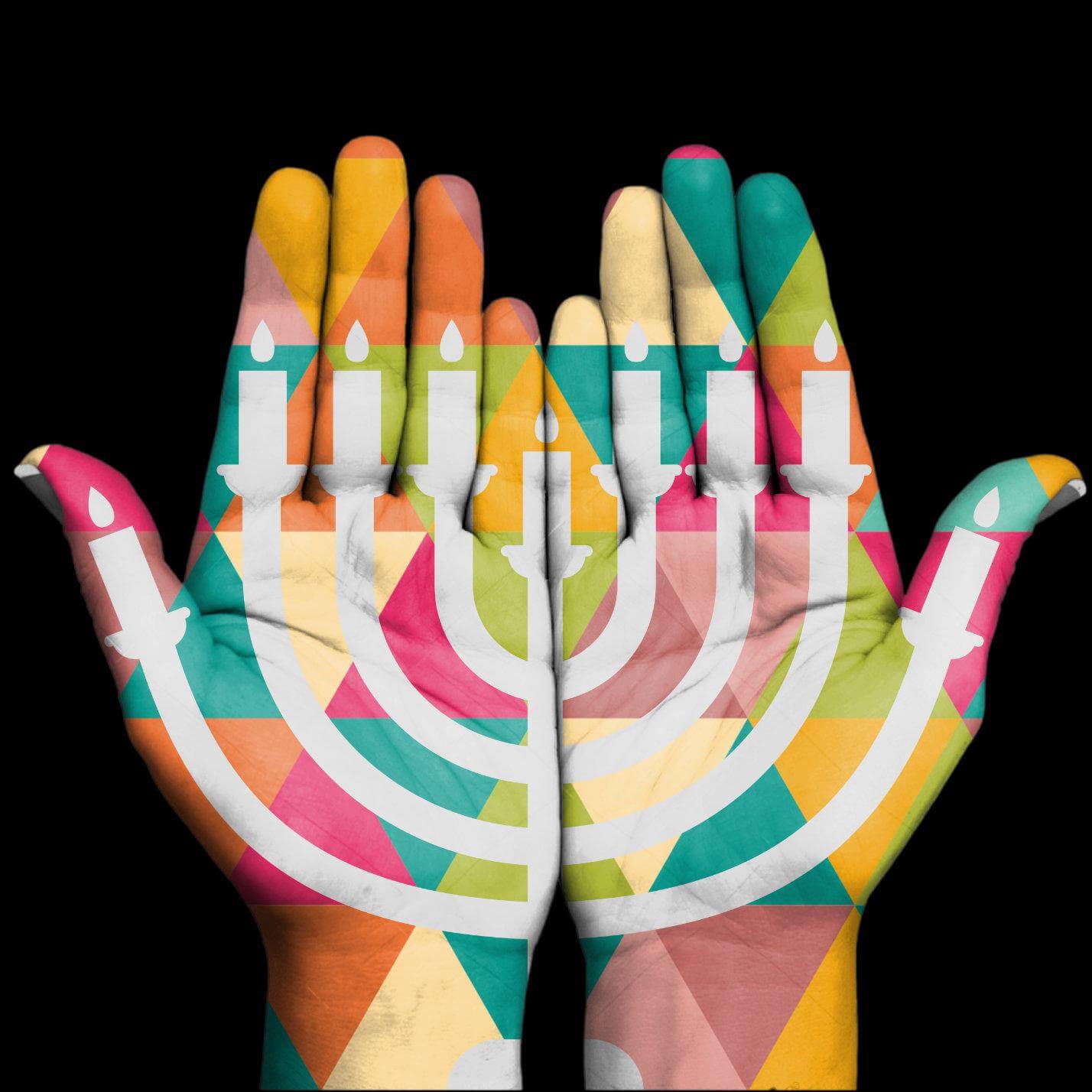 Now, in the thirty years since Kobra first picked up a can of paint, street art has gone from a repressed illegal activity of underground culture to a source of pride for the city. Kobra was at the center of this change; turning São Paulo into an open-air art gallery.

Although self-taught, Kobra drew on the inspiration that surrounded him. As art opened his world, Kobra began to learn about painters like Basquiat and Rivera, as well as those like Dali and Klimt. These are just some of the artists that inspire his work. However, every piece Kobra creates says something; they are more than just beauty. Every work is a statement with a meaning attached. Despite his works looking cheerful and bright, there is always a deeper message of politics, suffering, as well as the nuances of his personal life. Every work has a purpose; disseminating personal values about peace, about the end of prejudice, racism, and discrimination. Much of his art is focused on the protection of our environment, and the preservation of life in all its forms. His recent works highlight wildlife suffering while icebergs melt, and praise the indigenous peoples who are leading the way in environmental justice.

Kobra's works focus on the peaks and troughs of life. His compositions are based on everything he sees, everything he encounters whether it be pleasing or painful. His art is diverse while remaining true to his unique aesthetic. He is truly an artist that follows his own path.

Painting on city walls allows muralists like Kobra to bring his art to the masses, but unfortunately, it also means the work is short-lived. 90% of Kobra’s work no longer exists. Renovations, wall removals, and old buildings crumbling apart mark the fatality of much of his work. Now Kobra wants to make a mark and truly leave a legacy behind. Moving some of his work from ephemeral surfaces to smaller transferable ones allows him the freedom to express his artistic eye while enabling his work to live on. 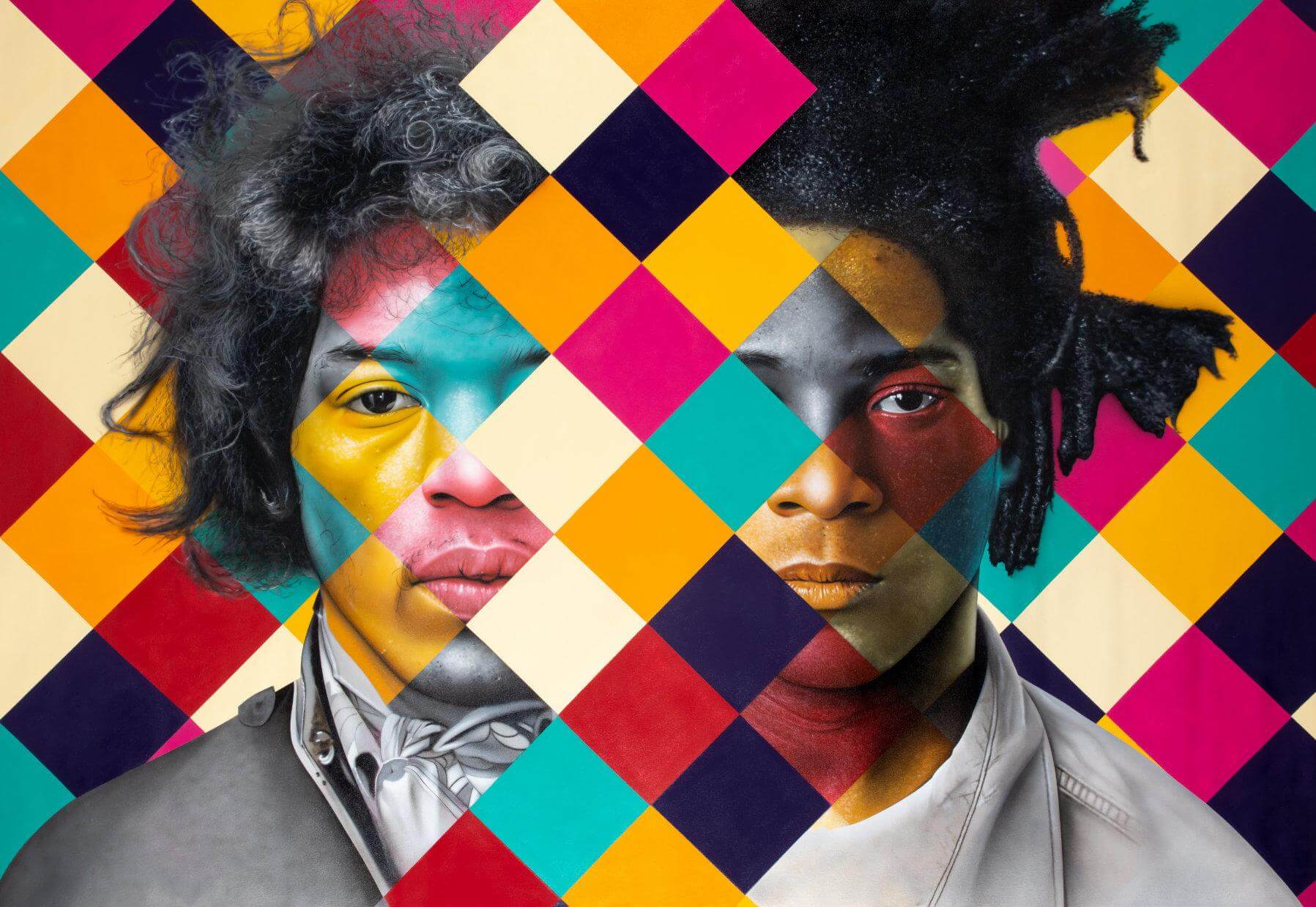 Some of the charitable initiatives Kobra has worked on in the last year include auctioning off his art to help donate food and supplies to disadvantaged people living on the streets of São Paulo. Kobra also created Galeria Circular, a traveling art gallery intended to bring art and inspiration to the poorer neighborhoods like the one he grew up in. Having never entered a gallery until he was 30 years old, the artist understands the value of bringing art to places without. In the Galeria Circular, Kobra displays his tributes to cultural icons and historical figures.

Kobra’s successes have allowed him to travel to over 40 countries. The son of a furniture upholsterer from the outskirts of São Paulo, without a higher-level education, has today become one of the most highly recognized artists of the 21st century thanks to his own skill, dedication, and tenacity. Believing that his art is worth its value based on its message and its legacy, Kobra plans to change lives through his work and his influence.

You can explore Kobra’s collection at Eden Gallery here. 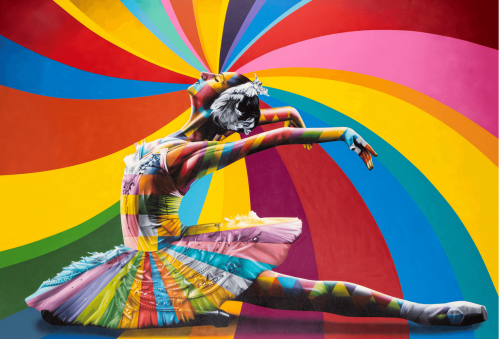 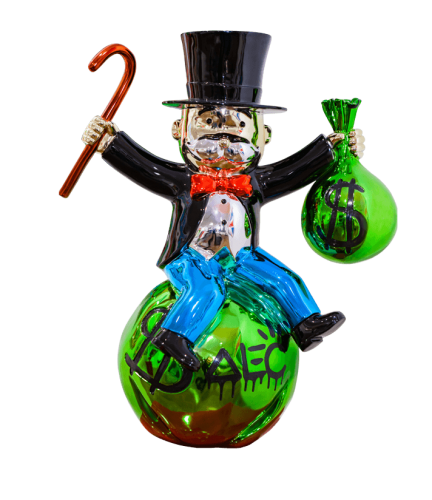 Art trends come and go throughout the years, just like our tastes in food. Read what are the top ten art trends for 2022

A format of the printed image which is higher than its width is known as a portrait. Read more about portrait types

What Is Pastel Painting

Pastel paintings or pastel drawings are common throughout history and can be found in many of the drawings of the great masters. Read more >>

What Is Acrylic Painting

Acrylic paint is considered perfect for beginner painters for a number of reasons. Read more >>