At the turn of the 19th century and the start of the industrial revolution, the world of art began to drastically change. As the camera took place of realistic human portraits, the need to express deeper parts of the human psyche in a dramatically changing world, became more needed than ever. Movements such as Abstract Expressionism, European Modernism and graffiti street art began to emerge. See how world renowned artist David Kracov uses these influences in his artwork to create his magnificent masterpieces. 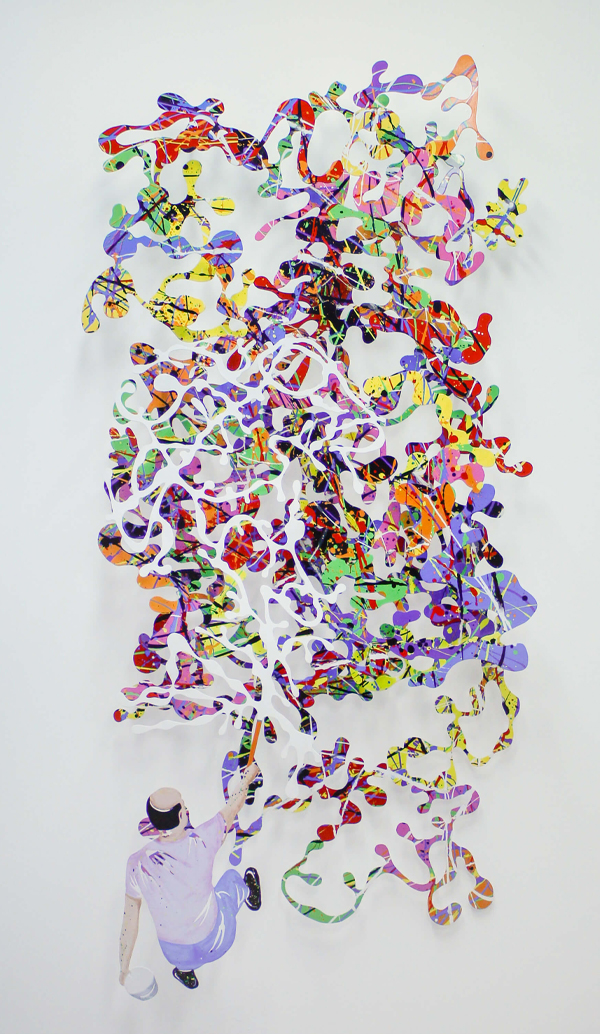 Combining European and American ideologies in art for the first time in the early 20th century, Jackson Pollock paved the way for many, including David Kracov. Pollock's Drip painting technique was born out of mixing two art movements. Abstract Expressionism was a movement that started in New York City and favored shapes, strokes and colors to reflect the abyss of illusory human minds rather than show realistic images. European Modernism similarly used lines and colors to depict ideas of the mystical and spiritual sort. Jacksons drip painting involved splashing lines of many colors onto canvas in an abstract and modern way, and the result was never short of brilliant. The influence of this technique can be seen in many of Kracovs’ artworks, such as in his large wall sculptures called ‘Making Love’ and ‘Square Dance’ where the strokes look like splashes of paint, reminiscent of the fluid-like nature of liquid. Kracov even made a sculpture dedicated to Pollock, called ‘Homage to Jackson Pollock’ where a mini version of Pollock is actually splashing paint and colors around.

In addition to the abstract spatters of colors and lines that make David Kracovs artwork so impressive, Kracov was also heavily influenced by the once famous American pop artist, Keith Haring. Haring was a street artist who rose to fame in the 1980s for his bold, graphic style that often featured figures and symbols inspired by the New York City underground scene. Kracov incorporates elements of Haring's style in his own work, using simple lines and shapes to create complex and layered compositions that tell a story. In David's own words, he explains "During one visit to New York when I was about thirteen or fourteen, I had the once-in-a-lifetime stroke of luck to be in the subway and see Keith Haring painting one of his murals on the platform walls. It is one thing to see an artist’s work that you admire in a gallery, museum, or installation, but words cannot describe the experience of actually seeing that same artist create in person." 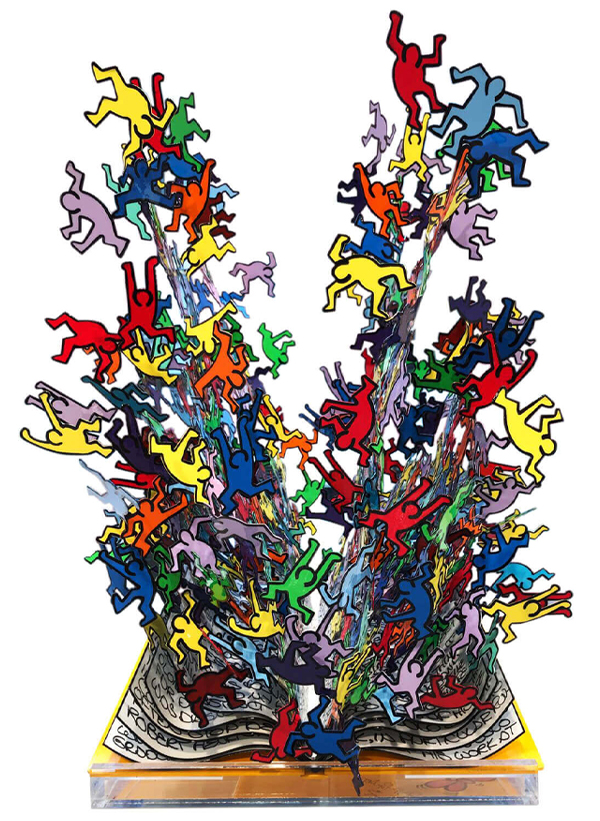 In addition to the inspiration drawn from Pollock and Haring, David Kracov has many of his own stories that helped shape him into the artist he is today. Referring to his need for artistic creation that began in childhood, David says “Learning how to express and release my emotions through colors was a way for me to see the beauty I always had inside. "Beauty Is Within You," is my personal and emotional expression…” His sculpture called ‘You Flutter By - Beauty is Within You,’ is an ode to this deeply personal conviction. 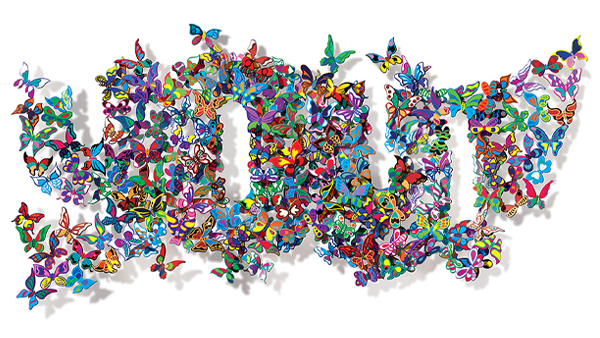 Drawing inspiration from pioneer artists Jackson Pollock and Keith Haring along with many personal anecdotes from his childhood, Kracov continues to create art that celebrates and revolutionizes the world of contemporary art. Discover more abstract artwork by Eden’s extravagant artists at the Eden Gallery website, or visit a gallery near you today.