What is a Collage?

Collage has been used as a dynamic and mentally stimulating artistic medium throughout different time periods and artistic movements. In a collage, different forms are brought together in order to create a new whole. Oftentimes, the materials used in collage can include newspaper/magazine cutouts, ribbons, paints, photographs, posters, and more. They are usually glued together to a background in order to produce an entirely new artwork.

Depending on the era of time, different methods of collage have been used or preferred by artists. For example, papier collé is a type of collage specific to the Cubist movement, due to its exclusive use of paper, and paper only. Other types of collage include decoupage, photomontage, and assemblage. 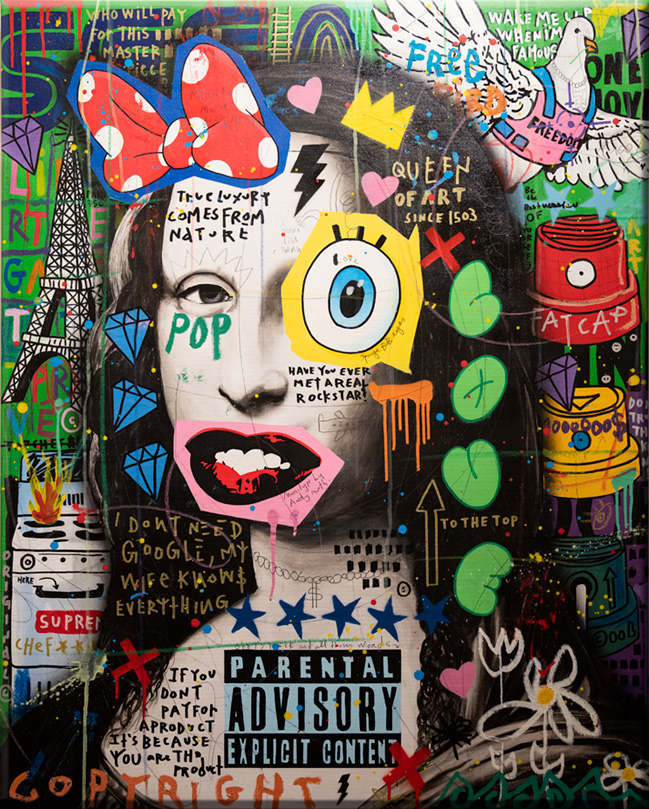 History of Collage in Art

Ever since paper was invented in China around 200 BC, collage has been used all over the world. In medieval Europe, collage was employed in many different ways; gemstones decorated religious images and armor, gold leaf panels appeared in cathedrals as decoration, and paper was collaged on top of each other with calligraphy written on it. Modernist collage started with Cubism; Pablo Picasso, Georges Braque and other Cubist artists made collages that looked like deconstructed forms, in line with classic Cubist style. Collage added a more literal 3D element to an art form that already infused 3D illusions through painting and drawing.

How did Collage make its way into contemporary art?

Due to the fragmented style of Cubism, collage fit in nicely with the movement and added an additional dimension, excitement and texture. Collage also ensured that Cubist artworks did not accidentally appear flat or 2D.

Georges Braque and Pablo Picasso, the fathers of the Cubist movement, used collage extensively in order to preserve the Cubist style in innovative ways. The Cubist style is known to be geometric, complete harsh lines and shapes such as cubes that cohesively form a larger whole, with organic shapes and forms (like people). In Cubism, the subject is fragmented and then newly reassembled into an abstract form, representing several points of view.

Collage can also be found in Surrealism , Dada, Pop-Art, Abstract Expressionism, and more.

How artists use Collage in contemporary art?

In the present day, artists use collage in many different ways in order to express themselves, make cultural commentaries, and also record their lives and personal stories. An example is Laslo Antal, an artist from Serbia who is based in Berlin. Antal has made a single collage each day for several years, documenting moments in his life as time passes–some of them incredibly personal, and some mundane and random. He cites his need for an immediate preservation of life events due to the fleetingness and forgetfulness of human memory. His explanation: “I am interested in preserving the memory of the first, ‘raw version’ of an event, before the process of memory takes over and reshapes, even deforms the actual event over the years.” Through this mentality and practice, Antal makes himself relatable to the average viewer who is also trying to figure out their lives and how to preserve their most sacred memories. This practice uses physical materials and is a strong nod to the old school way of doing things. Using collage to preserve life’s most precious moments is a stray away from today’s most common mode of capturing memories: social media.

Artists in the present day also use collage, just as any other form of art, to comment on modern-day culture and society. They often explore their own role in culture and how they fit into life around them. For example, Wangechi Mutu, a Kenyan artist based in New York, uses black female icons in her collages to comment on gender and racial politics. She creates fluid, collaged portraits of women with many moving parts and seemingly random elements that contribute to the larger picture. 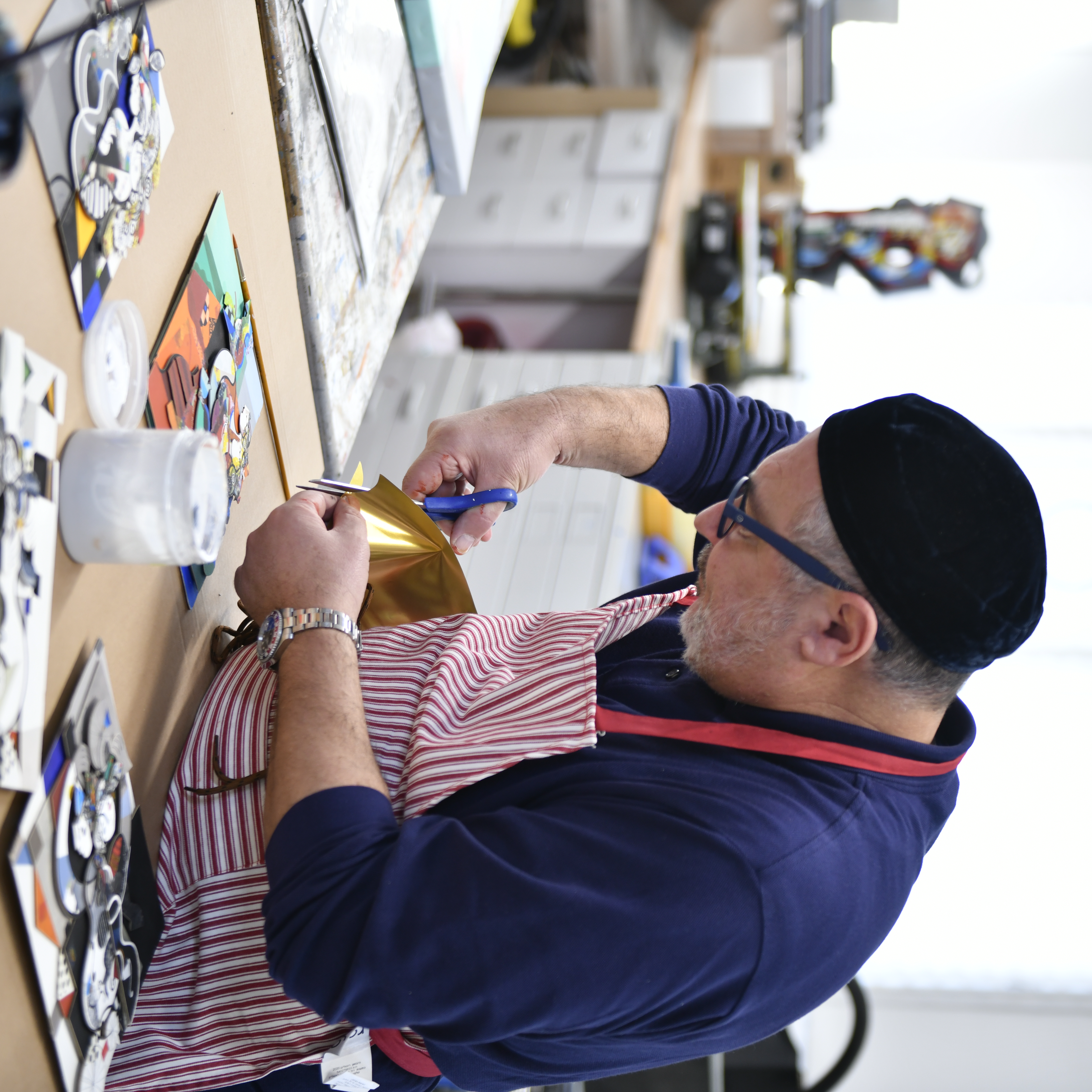 Jisbar, an artist represented by Eden Gallery, is known for his unique use of collage in his artworks. Jisbar’s art consistently makes comments on culture by combining symbols of the present and past through painting, graffiti, collage, and words. Through this, he expresses personal hot takes on current events and historical movements. In his mixed media painting called “N.5 Sunflowers,” he layers different images of cultural symbols on top of one another, creating a narrative and cultural commentary. He includes a Chanel No.5 perfume bottle depicted as a vase with Henri Matisse’s iconic sunflowers emerging from it. He also references artist Jean-Michel Basquiat, different types of music, consumerism, and the history of graffiti. These references come together in a masterpiece that is visually stimulating and thought-provoking to the modern-day viewer participating in several of the historical and cultural movements referenced in the artwork.

Another artist at Eden Gallery using collage as a way to add intrigue and depth to his artworks is Yoel Benharrouche. Benharrouche uses the technique of decoupage, which involves the collaging of paper with glue with added painted designs that accentuate the design and the way it delivers the message it is trying to convey. Benharrouche’s artworks usually depict topics of spirituality and love between humans. There is a multi-layered aspect to his works, and the decoupage adds depth to an already interesting and thought provoking subject.