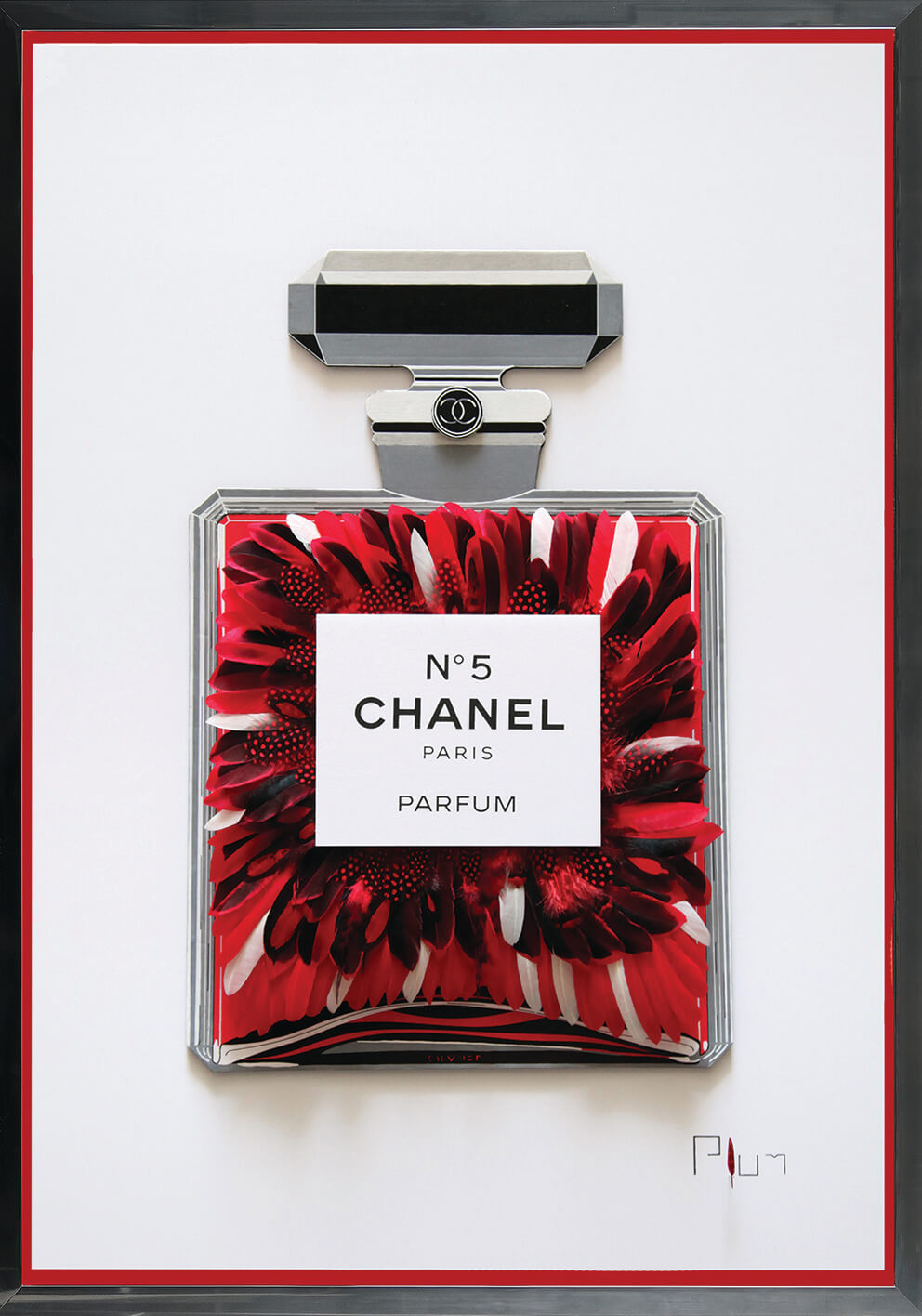 "Red Coco" by PLUM is an original mixed media and feathers composition.

Coming from a family of upscale decorators, Plum’s childhood was surrounded by the aesthetic stimulation of shapes, colors, and materials. He started to draw from an early age with his sculptor uncle, and with that, he developed a taste for plastic work and volumes, and a passion for the finitude of the object.

However, it was only after the birth of his daughter in 2017 that a creative need arose within him. Something that was once dormant now shone as clear as day. The finite being he constantly saw in his private life caused him to paradoxically feel the lack of a creative life and meaning to his approach.

He became PLUM – a name that reflects his childhood: lightness of all that believe in silence and remains hidden – and now he was armed with only one obsession, to create. For several months, under a frenzy of inspiration, he produced and developed this initial concept, marrying in homage the obscure reality of the beginning within him, by signing these feathers resting on the black mechanics of a drawing written as negative. 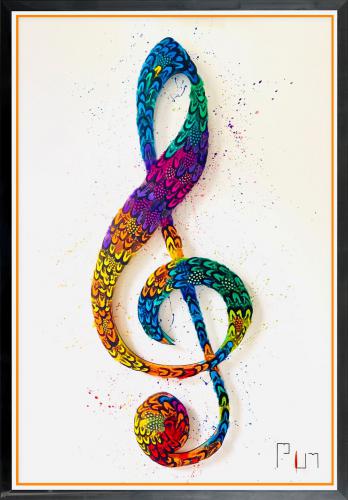 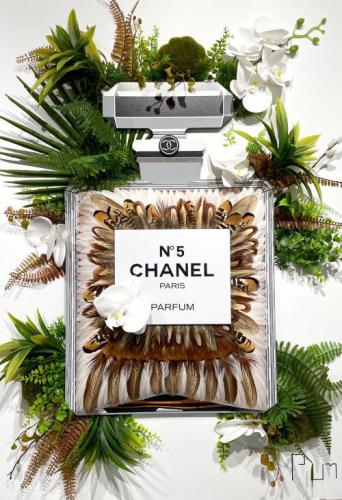 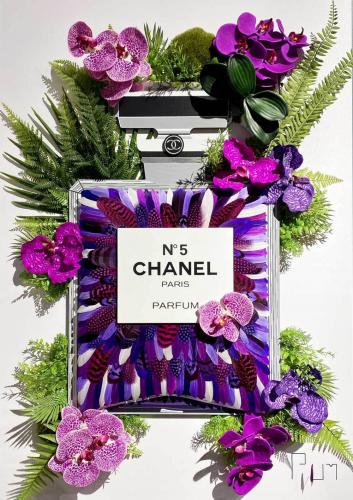 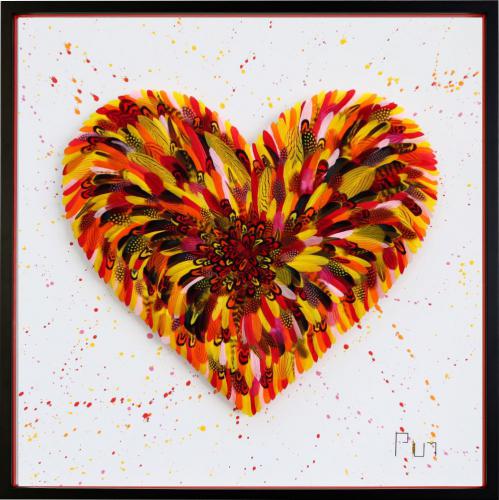 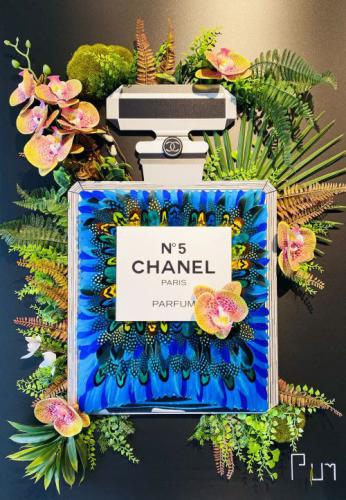