F&G (Fratz & Gio) create symbolic works of art that capture the essence of modern society overwhelmingly stimulated by pop culture and consumerism. Known for their knowledge of the world of comics, F&G also explores an unconventional approach represented by a unique combination of materials such as Plexiglas, aluminum, and neon lights. 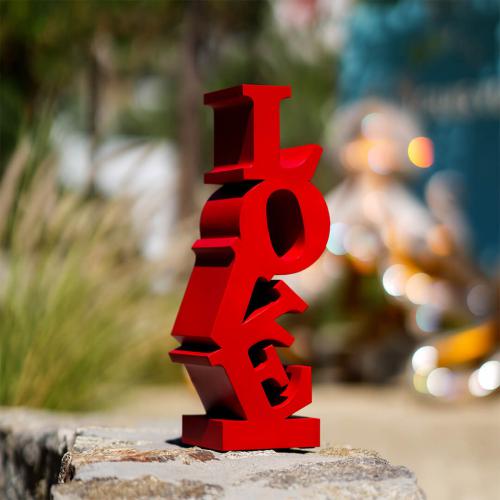 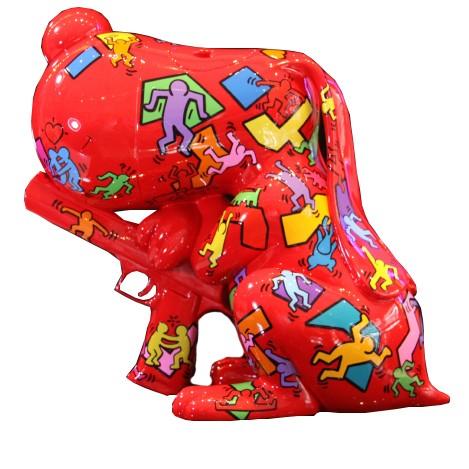 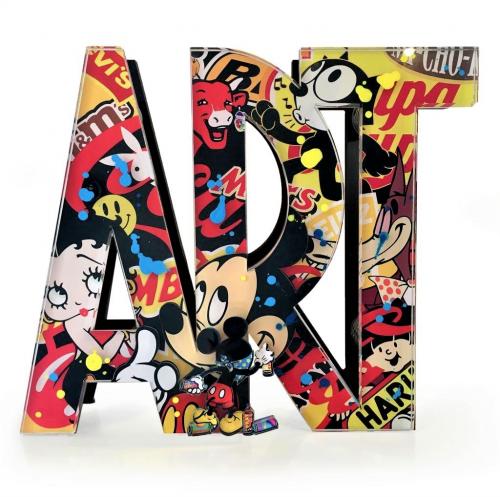 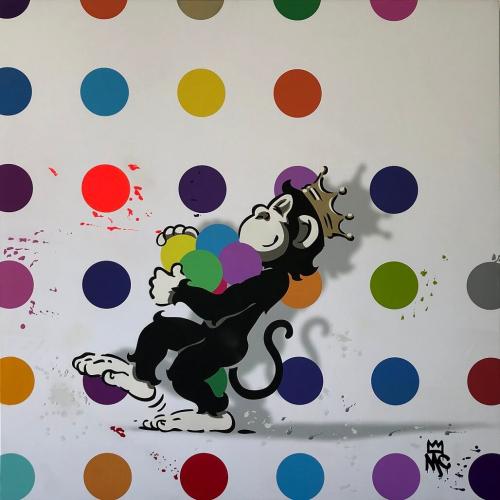 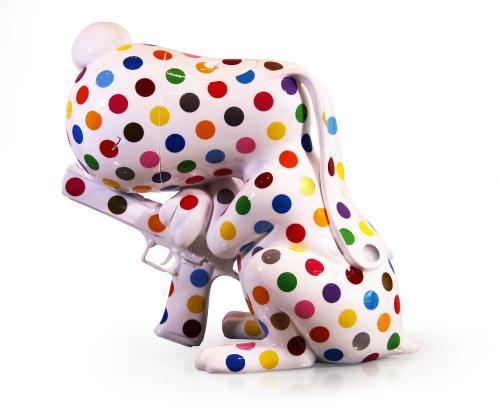 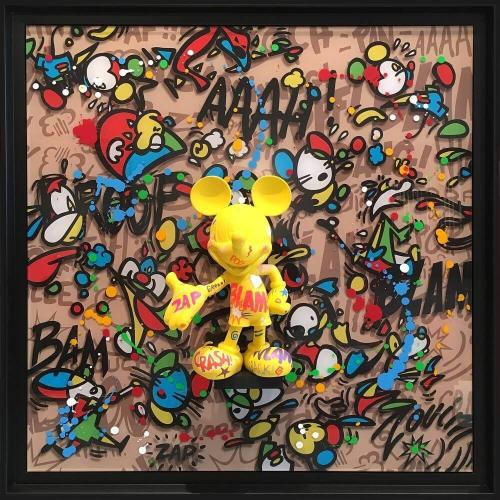 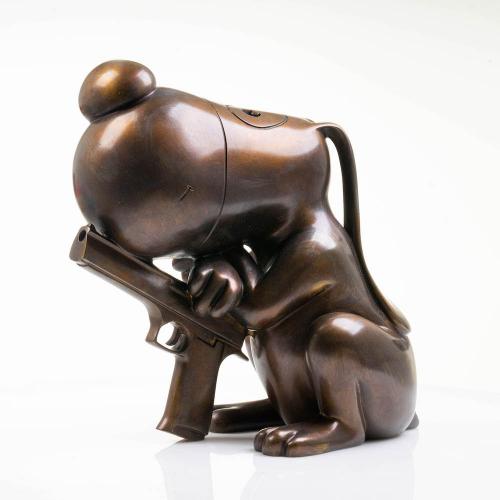 F&G (Fratz & Gio) represents the association of two artists who have been collaborating for 25 years. Fratz and Gio are both driven by a common fascination of graphic design and innovation, which leads their recent collaborative efforts to new challenges. A genuine draftsman fascinated by the world of art, Fratz decided to enhance his knowledge at the Académie des Beaux Arts de Chaville where he earned his bachelor’s degree. He then began a preparatory class to attend, Grandes Ecoles, a leading French school at Atelier Corlin in Paris. Aware of the ramifications of his domains of expertise within the fashion industry, Fratz decided to pursue an additional degree specializing in fashion design at the Ecole Supérieure des Arts Appliqués Duperré in Paris. He then became Art Director for the LC Waïkiki. In this position, he strongly participated in the creation of the iconic little monkey that would become a major fashion phenomenon, most notably during the 1990s. Fratz’s next step was the illustration of Warner Bros.’ famous characters, the Tiny Toons. Shortly thereafter, numerous opportunities opened for him, leading Fratz to the world of art. Gio developed a fascination for the world of cartoons and illustrations at a young age, which set in place a unique goal that would stay anchored in his mind: to create a singular concept and bring to life a character worthy of Walt Disney’s imagination and standards. Unconventional, devoted, and combative—and seldom referred to as a maverick—Gio raised the stakes by combining his lifetime objective with his other love of fashion. He joined a renowned fashion school in which he focused his studies on styling, model making, and illustrations. Gio successfully founded his first company, LC Waïkiki, which allowed him to flirt with the art world through the spectrum of fashion. Inspired by multiple influences, his body of work portrays his atypical and avant-garde approach to art. The daring duo create symbolic illustrations that capture the essence of modern society overwhelmingly stimulated by consumerism. Known for their keen interest and thorough knowledge of the world of comics, F&G also explore an unconventional approach represented by the unique and unexplored combination of materials. The two artists define pop art by its audacity and by its desire to constantly reinvent artistic codes. The exploitation of materials such as plexiglas, aluminum, and neon lights are some of the base structures for many of their paintings and sculptures. F&G’s work includes hand drawings, collages, and mountings crafted with overflowing imagination, paying a subtle yet committed tribute to contemporary art and its most iconic figures. The duo has portrayed Basquiat, Jim Morrison, John Lennon, Mickey Mouse, and Whitney Houston in unique and striking fashion.