Once considered vandalism, Street art has taken the world by storm, allowing artists to breathe life into decrepit neighborhoods and give something back to those who remain in the shadows. While the genre had humble beginnings, it has grown to have a wide appeal due to its broad subject matter, aesthetic immediacy, and lack of conceptual complexity. Among those who have made their mark within the graffiti world are Alec Monopoly and Eduardo Kobra, two internationally renowned artists, represented by Eden Gallery, who create transformative pieces for the public eye. 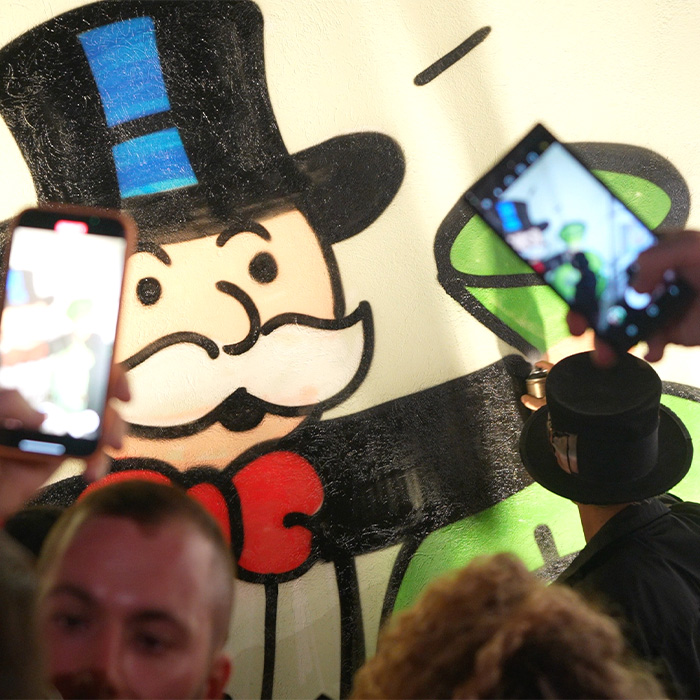 Originally from New York City, Alec Monopoly has delighted audiences worldwide with his signature artwork depicting a tongue-in-cheek message about luxury and excess. Monopoly's artistic origins derive from his mother, although he eventually abandoned traditional art classes to pursue a personal methodology. The artist developed his artistic style using materials such as stencils, spray paint, epoxies, varnishes, and newspapers, allowing him to illustrate iconic pop culture characters. While he is now recognizable to the masses, Monopoly's identity was once a mystery hiding his face behind medical masks, bandanas, or his hand. It was in January 2020 that the famed artist decided to reveal his face to the world. 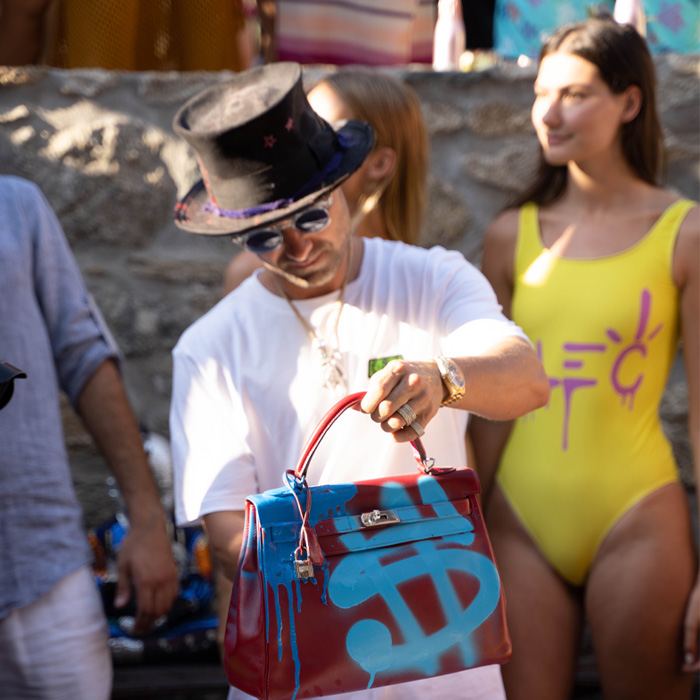 With unmatched talent, Alec has worked in many street art mediums, breaking down boundaries and expectations of the art world. His work includes powerful and thought-provoking images, sparking the rapid spread of his name and work worldwide, exclusively sold through global art gallery, Eden Gallery.  Each piece of art depicts the iconic Monopoly Man from the board game, an idea inspired by the fraudulent Wall Street stockbroker Bernie Madoff. Recently, Monopoly has begun combining his art with luxury brands through his Title Deed & Hermes collection. The artist incorporates well-known fashion labels into his work by turning them into a new canvas. The iconic Alec Monopoly Birkins are one of the artist's latest and most creative art forms that embody capitalism in modern society. His customized, hand-painted Hermès Birkin bags can be seen in the hands of celebrities such as Miley Cyrus and Khloe Kardashian. 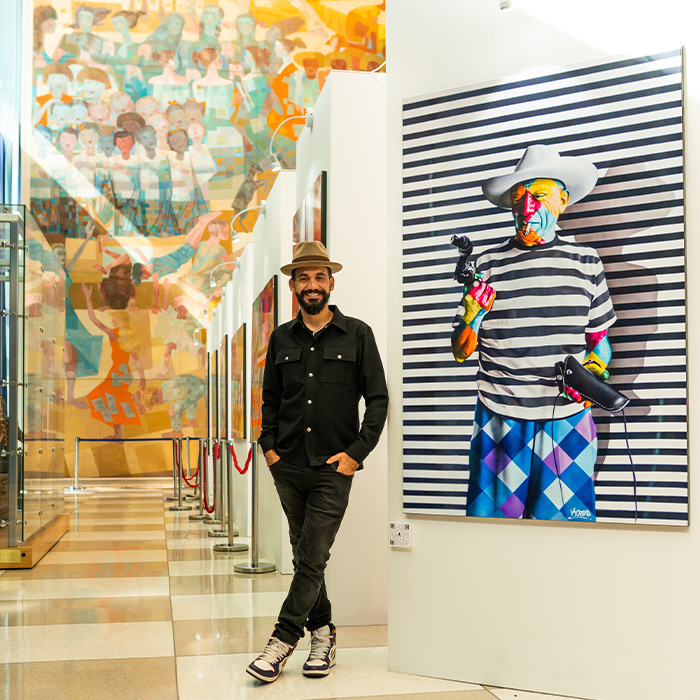 Along with Alec Monopoly, Brazilian artist Eduardo Kobra fills cities with his larger-than-life creations. Born on the outskirts of São Paulo, the artist's early works were only painted in Brazil. However, it was not until 2011 that France invited him to paint a mural about immigration in the city of Lyon, gaining international recognition and making him one of the most recognized muralists of today. 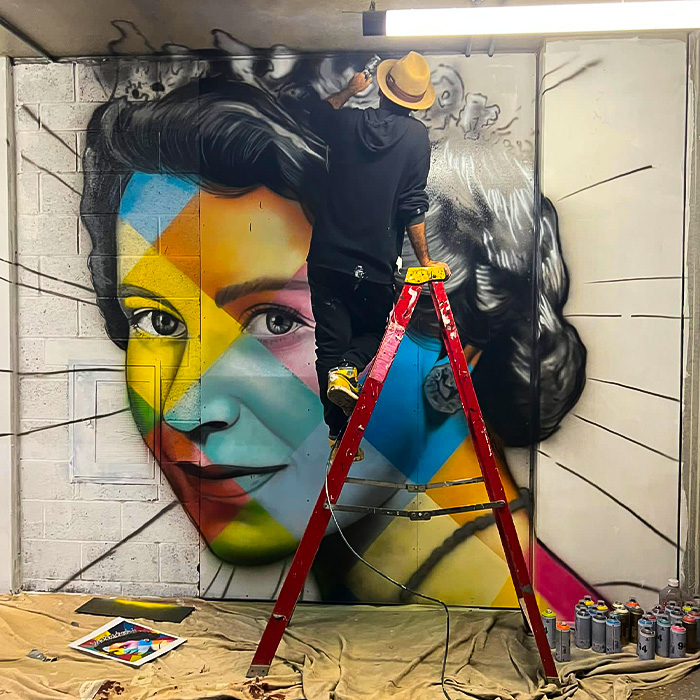 As a modern-day activist, Kobra’s work is heavily focused on political activism, focusing on topics that discuss animal rights, environmental protection, nature, peace, tolerance, and racism. His passion for social justice resulted in the Augmented Reality project, in which he painted ten panels in ten days, each meeting drawing attention to an important issue. His large-scale murals combine various techniques, including painting with a mix of brushes, airbrushes, and aerosol cans. Each approach achieves a sense of photorealism, evoking a sense of memory and nostalgia in his audience.

Since the Olympic Games in Rio de Janeiro, Kobra set his world record for the largest graffiti mural in the world. The mural, which he calls Las Etnias (The Ethnicities), was created in 2016 and reached a total height of 50 feet and measures over 32,000 square feet. The massive artwork illustrates five faces from five continents, corresponding to the five rings of the Olympics. Etnias portrays a Mursi woman from Ethiopia, a Kayin woman from Thailand, a Native Brazilian, a Supi man from Northern Europe, and a Huli man from Papua New Guinea. The artist surpassed himself in 2017 with a massive piece to the north of São Paulo, almost twice the size of Etnias. Both artworks blew the eyes away of his audience due to their elaborate size, vibrant colors, and unique sense of proportion.

Both Alec Monopoly and Eduardo Kobra are a sight to see. Explore more artworks by the famed artists on our Eden Gallery website, a gallery near you, or, most importanty, at Basel Week Miami 2022.