Patterns do not need to repeat exactly in order to be considered a pattern. They just need to include an organization of motifs that can serve as the framework of the artwork. Examples of varying types of patterns exist in famous artworks: Andy Warhol’s Marilyn Monroe silkscreen prints; Jackson Pollock’s splatter paintings; Klimt’s “Kiss”; Van Gogh’s “Starry Night”; Yayoi Kusama’s polka dot artworks; and countless others. 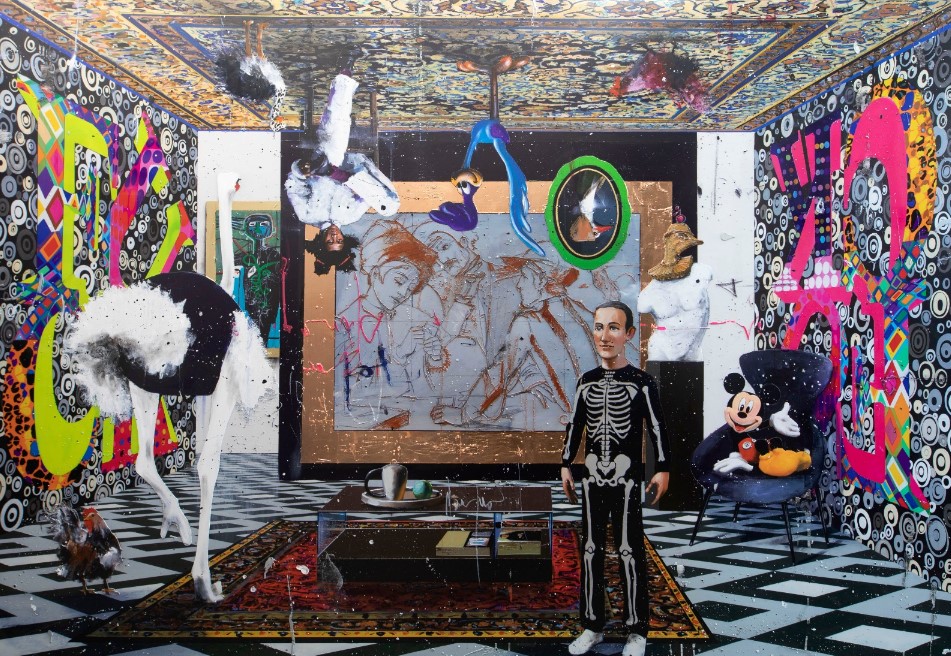 How do artists use patterns in their artworks?

Artists use color and vibrancy to attract attention from viewers in their artworks, and they often use patterns to do so. Patterns are a visually exciting way to incorporate color as well as deeper meaning into art, because they can contain complex optical illusions, designs and motifs or something as simple as multicolored stripes.

Another reason that artists use patterns in their work is for repetition purposes. Repetition in patterns can create a distinct style and can even be a therapeutic way to express oneself. Yayoi Kusama is a prime example of this; her iconic polka dot-filled artworks are made in correlation with the mental illness and identity struggles she has dealt with throughout her life. She has said that the polka dot patterns she is known for are a physical representation of the obliteration of her soul that she experiences during schizophrenic episodes. Patterns in her art therefore become a form of therapy and even a savior from a situation in which she feels unsafe.

Takashi Murakami is another artist who has created a distinct style with his cartoon-like flowers that repeat in patterns in his works. His inspiration draws a lot from Japanese anime culture which help define Murakami and contribute to his fame and image among viewers.The human brain is also very good at deriving meaning and purpose from art, especially patterns. Patterns are visually appealing and satisfying, because they make sense to us due to their use of repetition and predictability in design. 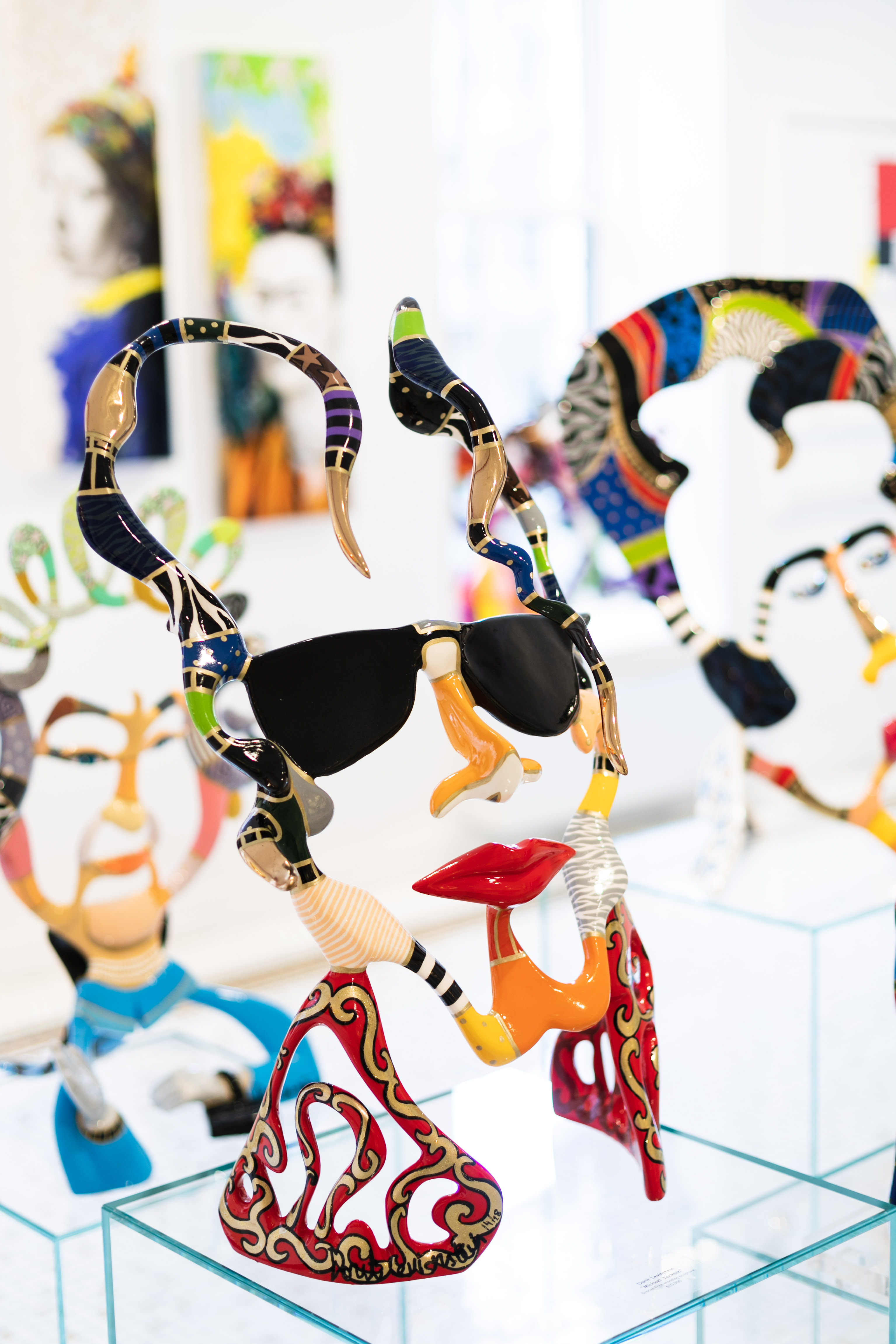 There are many artists at Eden Gallery who have used patterns in their artworks to help distinguish themselves. Angelo Accardi, Eden’s closest thing to a Surrealist, has used pattern in countless artworks and in many different ways. There are repeating characters and symbols that he includes across his vast collection of works; this is an unconventional way that he uses patterns, because these patterns do not necessarily involve repeated dots or symmetry. Ostriches, minions, and certain cartoon characters are repeated symbols that create a sense of pattern and contribute to his artistic image. Accardi also uses patterns in the more conventional sense–many of his works contain tiled floors (such as “Dear Marilyn,”), patterned wallpaper (“Dear Kobe”), references to other artists who use patterns (Murakami’s patterned flowers in “Blue Ostriches in the Museum”) and 3D polka dots that come together and morph to create larger luid shapes and optical illusions (“Incredible Einstein”).

Eden Gallery’s Dorit Levinstein is a sculptor and painter whose every work revolves around painted patterns and the synergy between colors. She rarely includes swaths of solid colors, but rather paints intricate forms and motifs in different parts of the sculpture that come together in a large, often life-sized masterpiece. The patterns that appear in her works are abstract, and do not repeat themselves perfectly, but still feel visually stimulating to the viewer, as they require a close inspection of the work.

Colorful 3D motifs that create dynamic, iconic and massive patterns are also used by David Kracov in his sculptures. The motifs that he is known for include butterflies, words (such as “love”), fish, dollar bills, hearts, balloons, musical notes, and many others. These motifs often come together to create a larger shape like a guitar, or they will sometimes spell out a word when the viewer takes a step back to look at the whole artwork.