Pride is a series of global celebrations done through parades and festivals to commemorate the Stonewall Riots in New York 1969. The Stonewall Riots started between police and bar patrons when police raided the Stonewall Inn, a gay bar in Greenwich Village, NYC. The events that transpired during June 28 - July 3, 1969 led to six days of clashes with the police on Christopher Street that reverberated and spread throughout the neighborhood. As a result of these momentous riots, the gay rights cause gained powerful traction and the gay rights movement was thrust into the spotlight.

After years of ever-intensifying tensions and friction between the gay community and law enforcement, Stonewall was where the fighting came to a head, and where people realized how desperately things had to change. The movement became massive, with hundreds of thousands of people marching for gay rights not just in New York, but in most other major cities around the world. The awesome, widespread nature of this sudden jolt to the culture of the US made it feel empowering to be gay. There was a common cause to fight for, and there was immense power in numbers. Ever since this blossoming of a fierce and passionate fight for equal rights, the gay rights movement has continued to provide a space for LGBTQ+ individuals to express themselves freely.

Present-day, 21st-century society is a culmination of years of the hard-fought freedom achieved by the gay community. While there is still work to be done in terms of fighting discrimination, modern day culture has seen a shift towards widespread acceptance of nuanced gender expression and fluidity.

Pride is above all a political statement and commentary on worldwide politicians and their attempts to recall rights for the LGBTQ+ community. 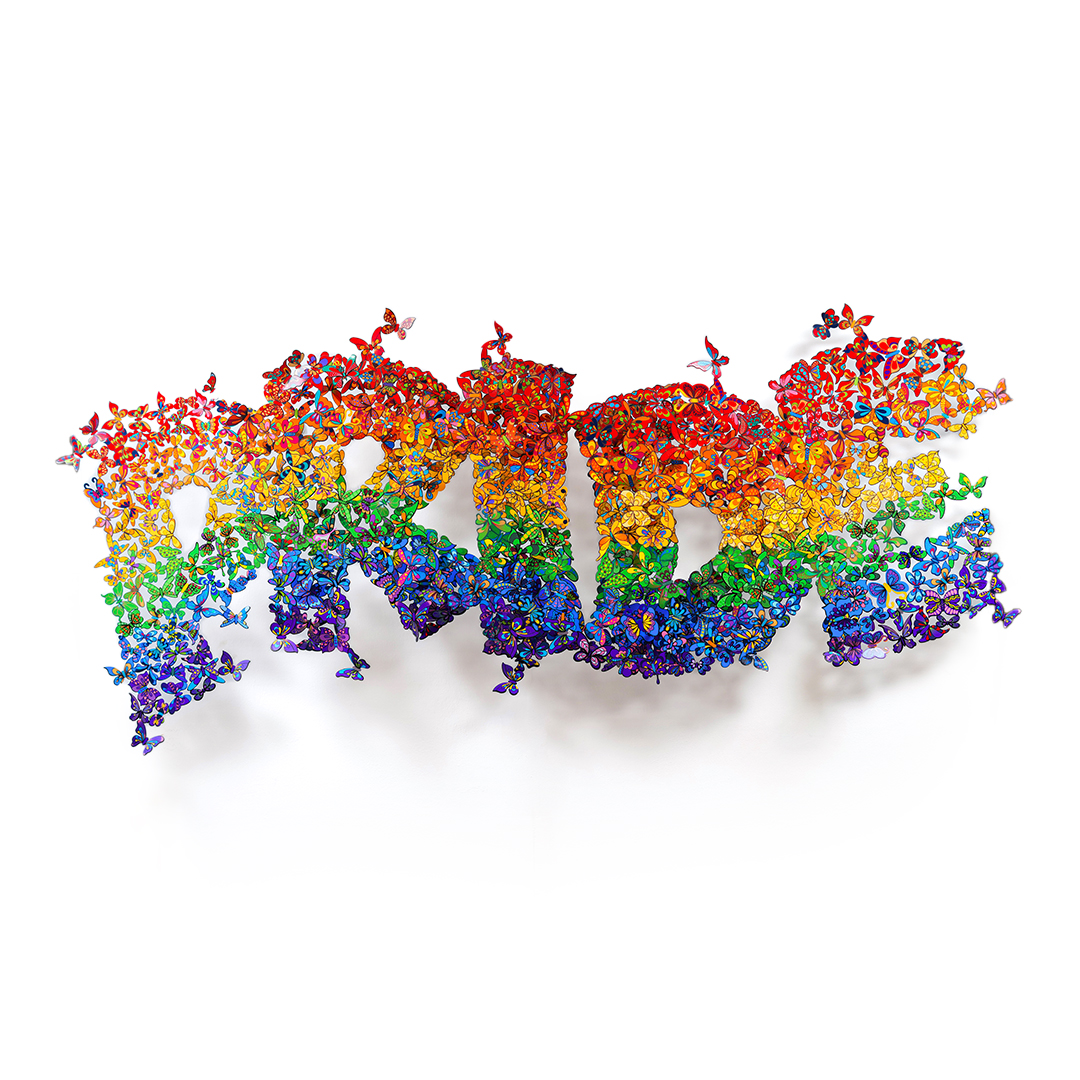 The bright rainbow flag that has come to be a symbol of gay rights contains much more than just a rainbow. These colors have a unique and special significance, and represent a set of collective values of the gay rights movement. Each of the colors represent the following:

Leading his life with unapologetic openness and pride in his identity, Gilbert Baker, a San Francisco artist, created the rainbow flag that quickly became the gay pride flag. Baker was widely known for his beautiful spirit as an activist, protester, artist and performer who was intuitive in understanding how art can address political and social issues. As a drag queen, he used performance art to draw attention to gay rights efforts and activism.

Art has been and will always be stitched deeply into the fabric and roots of the gay rights movement. It has the breathtaking ability to communicate what nothing else quite can, and the LGBTQ+ community has historically turned to art as a saving grace in dire times. People who have suffered uniquely similar hardships throughout their lives as a result of their identity are often brought together by art that speaks to their experiences and unites them as one. Resistance has many forms, and art is a powerful and peaceful tool that helps dismantle homophobic aspects of society.

Aside from the manifestation of meaningful creativity into the rainbow flag, other mediums have been used throughout history and until the present day to give a peer into life as experienced by LGBTQ+ individuals. Protest signs were the art of the resistance that was widely recorded and photographed. Groundbreaking pioneers like artist and writer David Wojnarowicz; photographer Annie Leibovitz; graffiti artist Keith Haring; and photographer Robert Mapplethorpe brought attention to topics in sexuality that had been previously taboo. Keith Haring, who would later die of AIDS in 1990, dedicated the last few years of his life–which were filled with sorrow, pain, and a reckoning with death–to making art about AIDS and spreading awareness about the disease.

While LGBTQ+ art conveys dark topics and history, it also conveys incredible vibrancy and strength of a community who has had their existence questioned.

Artists at Eden Gallery have used the colors of the pride flag to convey tolerance, self expression, and inspiration. David Kracov and Dorit Levinstein prioritize using colors of the rainbow in nearly all of their sculptures, while Angelo Accardi also uses bright colors while referencing important historical figures who have identified as LBGTQ+.

Shop our Colors of Love collection today at Eden Gallery and on our website.