An Italian painter iconic for his inclusion of cultural symbols in his art, Angelo Accardi has had an interesting path that has led him to the present moment in his life, specifically in his career. He loves dogs, cars, music and sports, which are some of the many aspects of Accardi’s unique world that make up his signature artistic style.

Accardi has a passion for supercars and, in addition to making them the protagonists of some of his pictorial creations, he also collects them. His collection includes exotic cars such as Ferrari, Lamborghini, Maserati and Porsche. He also indulges in the thrill of two wheels with some iconic toys such as the Ducati Diavel and the supernaked MV Agusta Dragster 800 RR.

A dog is man's best friend and Accardi has Dylan, his most faithful half-breed who is a bit indolent. But since Nami (a female husky) broke into the studio a year ago like a tsunami, their life has never been the same. 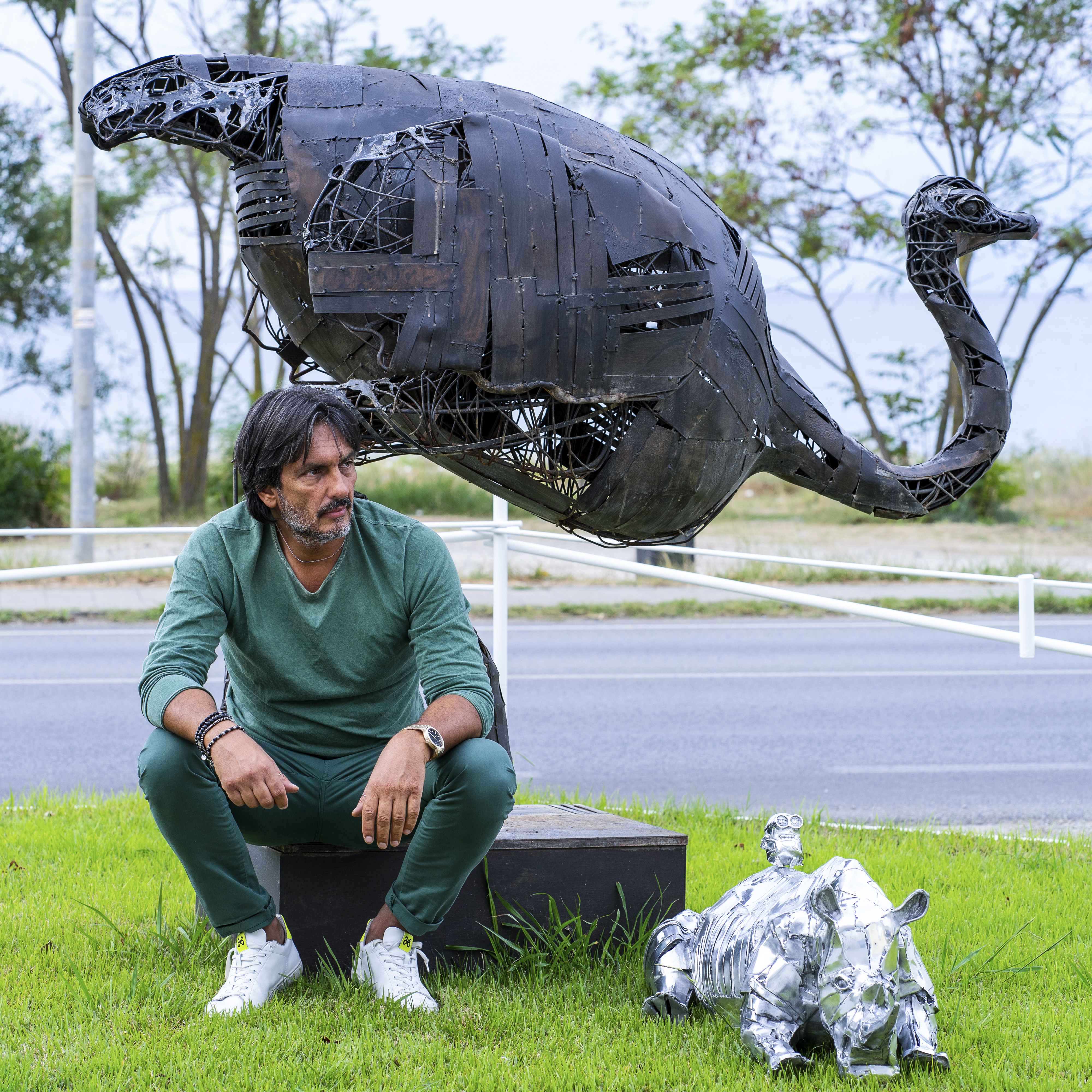 70s Rock is the origin of everything, the first scene, the imprint that every boy born in those years has received, and that every millennial envies.

In order to learn a solo by Page, Blackmore or Gilmour, three iconic guitarists, Accardi spent his entire afternoons listening to vinyls from Led Zeppelin, Deep Purple, Genesis and Pink Floyd, waiting for someone to invent YouTube. Since the 90s,
Since the 90s, Radiohead occupy a place of honor in the musical pantheon of Angelo Accardi who, when given the chance, gathers a small group of musician friends with whom he recreates the rarefied atmospheres and the complex melodies of the distorted guitars of Greenwood and Yorke.
His passion for guitars led him to not only collect them, but also launch his own line of handcrafted guitars, embellished with pictorial interventions and inserts such as raw pearls and small decorations in bronze, brass and brushed aluminum.

Both tennis and body building are sports practiced by the artist that have led him to be a decent player on clay court, and a tireless fan of champions who, as soon his commitments allow him, he follows live around the world.

A Passion for Cooking and Unique Restaurant's

The culinary traditions of Campania as well as the Mediterranean diet and the conviviality of the Cilento population have positively influenced Accardi’s art, however, only few know that his culinary experiments are one of his favourite hobbies.

At first, Accardi would only cook for his family and friends. Over time, his hobby became Tintobrace, a restaurant in Sapri, Campania, that re-launches traditional cuisine in a contemporary way. The restaurant is unique for the high quality of raw material that the artist personally selects among the local excellences.

As we celebrate Angelo Accardi’s birthday this year, click here to explore his newest artworks, or visit your nearest Eden Gallery location today to view them in-person.