Many fashion designers have drawn inspiration from art, and fashion is often even considered its own art form. When designers incorporate well-known works of art into their clothing, depth and thought-provoking messages are added to the clothing through the artistic imagery that is used.

With each decade, the 20th century saw great changes in culture and the arts, and the fashion world changed along with it. Fashion designers and artists created a mutually inspiring culture; art was introduced into clothing designs, and vice versa. Certain artistic and fashion movements have influenced each other more than others, and this has continued to occur until the present day. 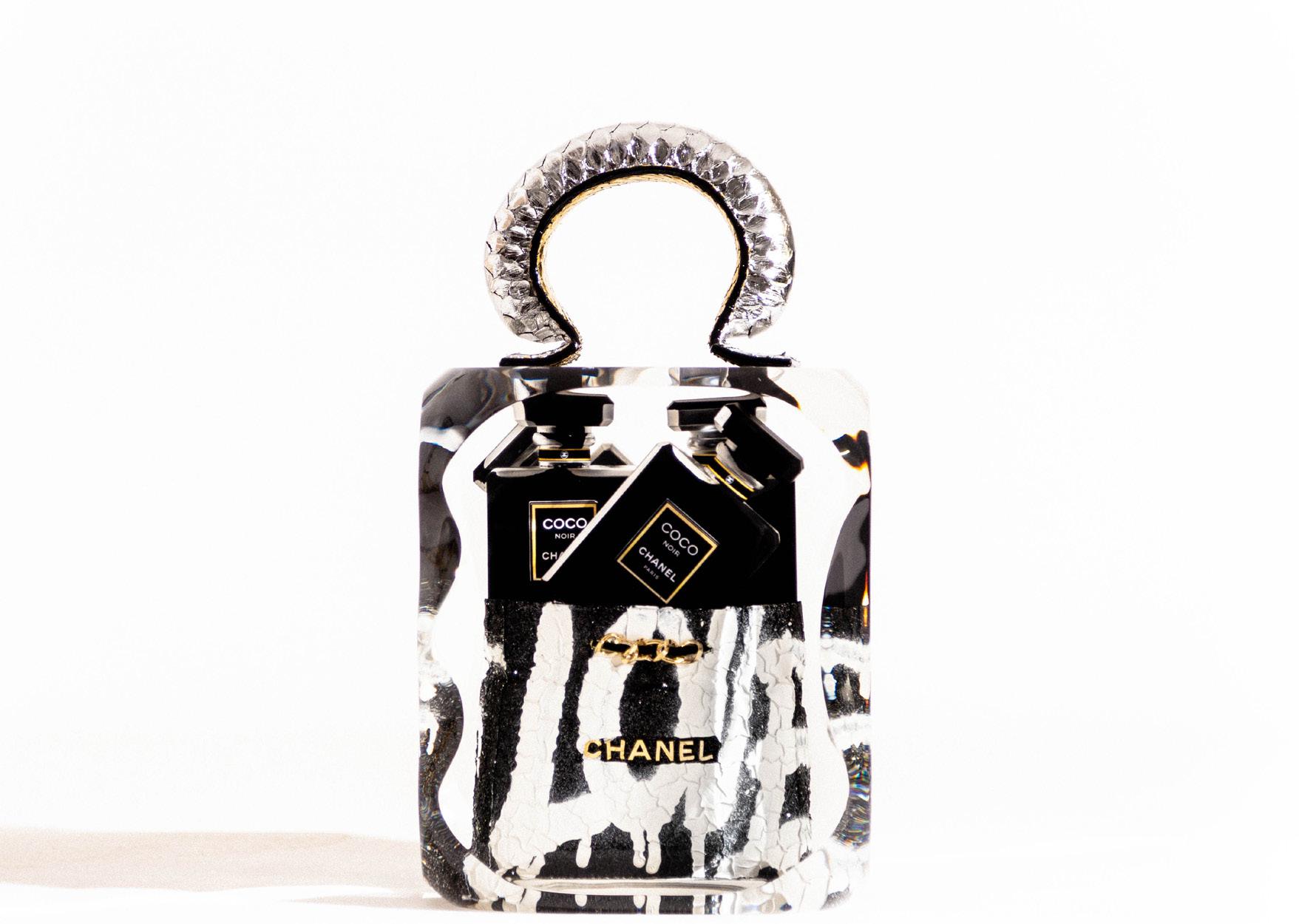 Drawing inspiration from ancient Greek and Roman art, Madeleine Vionnet was a French fashion designer born in the late 1800s known for her free flowing pieces that draped themselves around the natural shape of the body. Her designs bear striking resemblance to the airy garb worn by Greek art subjects. An example of one of her major inspirations is the sculpture “The Winged Victory of Samothrace,” on display in the Louvre in Paris and dating back to the 2nd century BCE. She also revolutionized fashion in the early 1900’s by popularizing the 'bias cut,’ which was a pattern in which the fabric was cut diagonally, making it loose on the body. This was a stray away from the corset, which was physically limiting. She started a movement for women who could now feel more liberated and comfortable while still participating in modern-day trends.

Another influential fashion designer known for incorporating artistic movements in her pieces was Elsa Schiaparelli. She was based in Paris from the 1920s to the 1950s, and drew primarily from the Dada and Surrealist movements. She is known for unique applique motifs of animals and human eyes, against bright-colored fabric. She collaborated with Salvador Dalí in an iconic crossover between the art and fashion worlds which still lives on. Their collaboration included a dress with a print of a large lobster claw in the middle, which was actually thought to be a sexually suggestive design. The design has strong Surrealist influences, as Surrealism was based on Freudian ideas about the unconscious desires of humans. Surrealism incorporates fantastical elements into settings that look nearly realistic, but upon second glance are not quite.

Her pieces have been featured in the Brooklyn Museum and the Metropolitan Museum of Art. Her fashion house, Schiaparelli, continues to make pieces inspired by major artistic movements, such as body-part shaped jewelry inspired by Modernism. In another example of Surrealism, Schiaparelli designed a bright pink dress that has buttons down the front, all in the shape of human eyes and random objects, provoking an uneasy yet fascinated reaction in viewers. 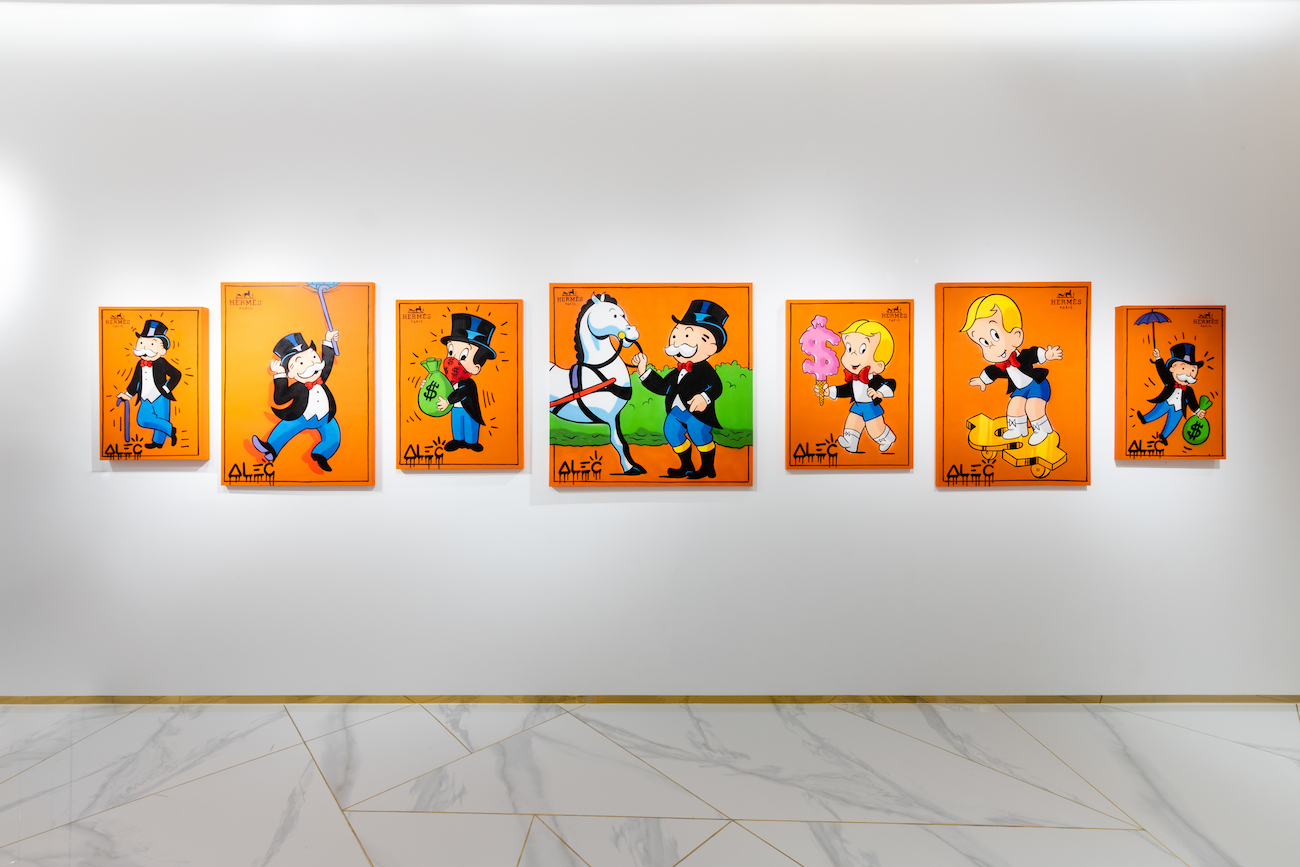 In the 1960s, Yves Saint Laurent famously made a dress directly inspired by Piet Mondrian’s iconic De Stijl designs. It consisted of a primary color geometric design, the same as Mondrian’s “Composition with Red Blue and Yellow.” This brought the 2D canvas painting to life in a 3D clothing form. It was a success and promoted Mondrian and his work around the world, making it recognizable to the masses. Other designers also started to incorporate Mondrian’s signature motifs into their designs. YSL also revisited Mondrian's designs in his 1980 and 1997 collections, creating new pieces still inspired by the classic panes of primary colors inside neatly constructed squares.

In another example of a designer paying tribute to iconic works of art, Gianni Versace dedicated his S/S 1991 ready-to-wear collection to Andy Warhol. Specifically, one of the dresses in the collection incorporated motifs of Warhol’s silkscreen prints of Marilyn Monroe and James Dean. The dress was worn by supermodel Linda Evangelista on Versace’s runway, among other pop-art-inspired pieces that were part of the collection.

Many present-day fashion houses have continued to use famous artworks in their designs in ways that keep up with current trends. For example, brands Louis Vuitton and Off-White have transformed the fashion world via the late Virgil Abloh’s creative direction, allowing for the infusion of art history into designs.

As one of the leading contemporary art galleries in the world, Eden Gallery displays works by present-day artists who are inspired by the pop culture and fashion worlds. SN is an artist at Eden Gallery who reimagines high fashion by creating charcoal drawings of famous supermodels in the backdrop of the wild. Many of the supermodels he depicts are seen in the Sahara Desert surrounded by animals and even guns, and they are usually covered in 3D mounted butterflies. 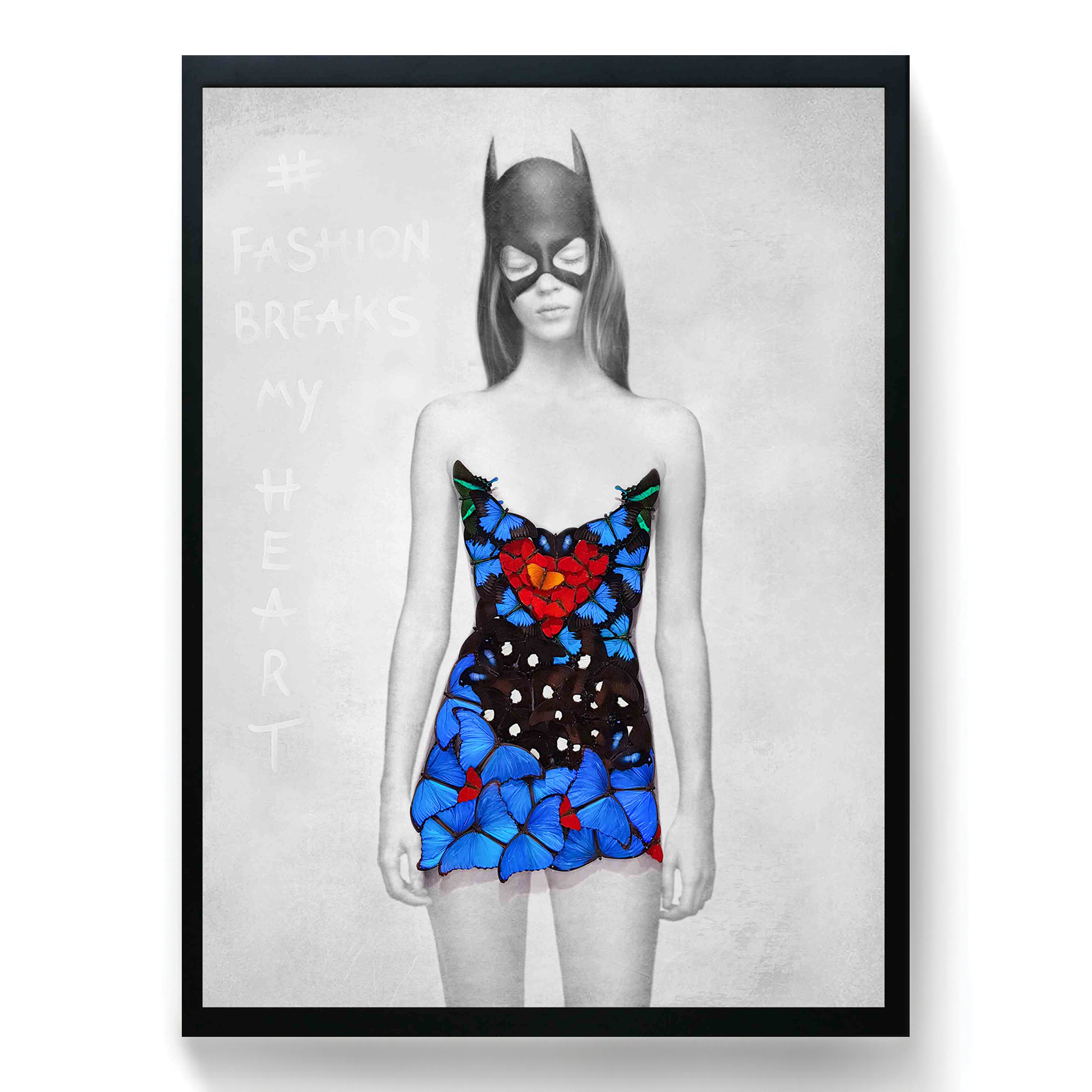 Eden sculptor Fred Allard also incorporates high fashion into his works. He highlights designs by brands such as Louis Vuitton, Gucci, Chanel, Dior, Yves Saint Laurent, Balenciaga, Fendi, and more, adding his own unique touch. Fred Allard continues to be inspired by the history and ongoing legacy of these historical fashion houses, and is the latest example of many artists to fuse the worlds of fashion and art.

Shop SN, Fred Allard and other leading contemporary artists at your nearest Eden Gallery location or at the Eden website.