Embellishments in art are thoughtful, specific details that are added by the artist on top of the existing work. They can be found in paintings, drawings, sculptures, fabrics, and other mediums. The most commonly thought of example of embellishments is perhaps in fabrics, where beading and embroidery are used to decorate and enhance existing designs. These beaded additions often contribute a new dimension to the piece, allowing for much more detail and enabling the designs to stand out as much as possible.

On a painting they can refer to anything from a thin glaze to a highly saturated, detailed enhancement of a design made with oil paints. They add texture and depth to the artwork, and are intended to make the work much more interesting and visually stimulating.

In addition to contributing beautiful and aesthetically pleasing details to an artwork, embellishments can also make the artwork appear to be more unique and of finer quality. This is because they add something distinctive, eye-catching and intricate to the artwork. They also indicate more effort and finder crafting skills. Therefore, they often add monetary value due to an emphasis on texture, color, and layered media. 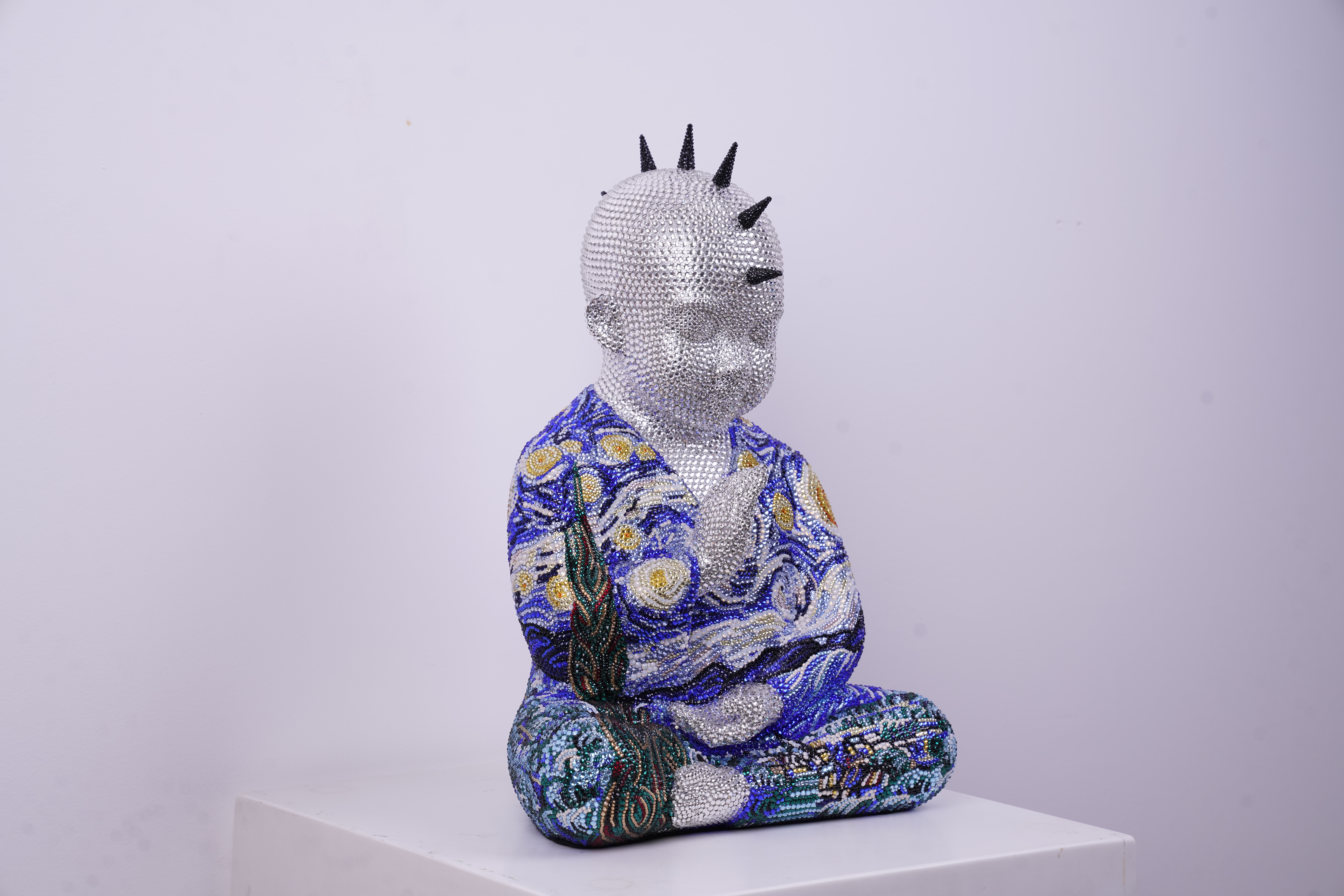 Photography is another medium that can involve embellishments. Metallic or brightly-colored enhancements to the surface of a photograph can add to the viewer's imagination and to the realm of possibility of the photograph, especially if it was initially black and white. An example of black and white photograph with thoughtful embellishments is “Muriel Kennedy” by Lallie Charles. In this artwork, Charles took a black and white postcard portrait of Muriel Kennedy and embellished it with beads and glitter, adding color where there was previously an absence of it.

There is a similar result in mixed media artworks, an example of which is "Elton John ('On the Throne') by Suzi Malin, stored at the National Portrait Gallery in London. Created in 1978, it uses tempera over gold leaf on gesso prepared board to create a beautifully embellished portrait of Sir Elton John. The portrait is highly detailed and contains a unique depth due to the inclusion of metallic elements and shading. 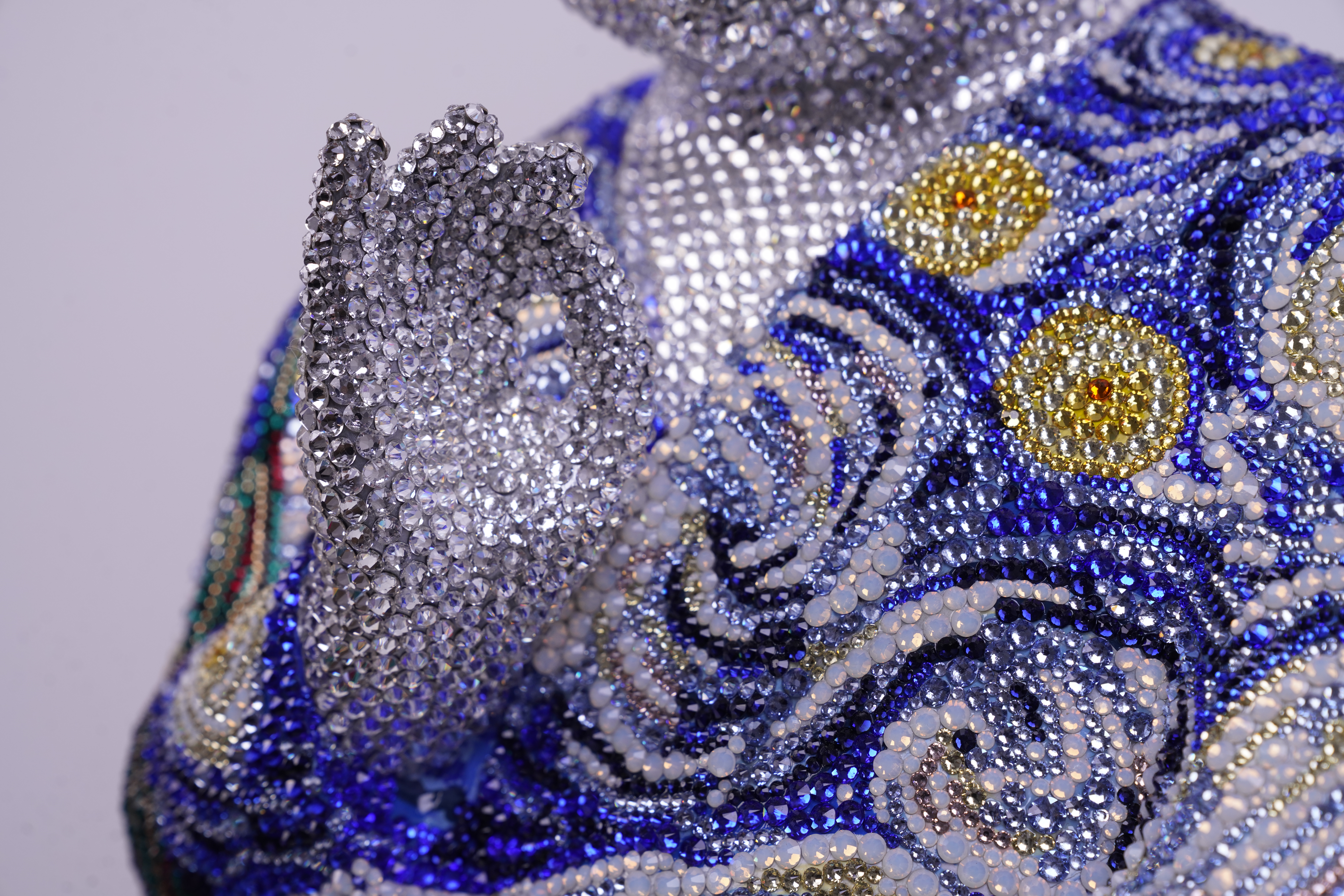 Embellishments can also be used in sculptures. Eden gallery artist Metis Atash uses them in her sculptures, each of which are decorated with thousands of different Swarovski crystals, which come together to bring the sculptural form to life.

Metis Atash's sculptures can be viewed on the Eden Gallery website or at your nearest gallery location.