Comics have been around for centuries, with the earliest examples dating back to ancient civilizations in Egypt, Greece, and Rome. More recently, comics and cartoons became widely popular forms of storytelling. In fine art, cartoon characters from comics are a trendy subject, with artists using these familiar figures as a way to comment on contemporary issues as well as to touch upon societal conventions. Eden Gallery artists, David Kracov, Gal Yosef, Angelo Accardi and Alec Monopoly, draw on the rich history and symbolism of comics and cartoons in their work to challenge tradition and elevate their art.

World renowned sculptor and painter, David Kracov, uses comics as a motif throughout several of his artworks. Kracov has been reading and inspired by comic books and graphic novels for over four decades. His collection of wall sculptures called Comic Explosion, consist of dramatic words and designs that speak to the viewer in a comical and poetic way. In David’s own words, "comics are invitations into the full experience of the writer and the artist's mind. To be able to not only read what the writer creates but at the same time to be able to see how they envision their characters to look, is magical." 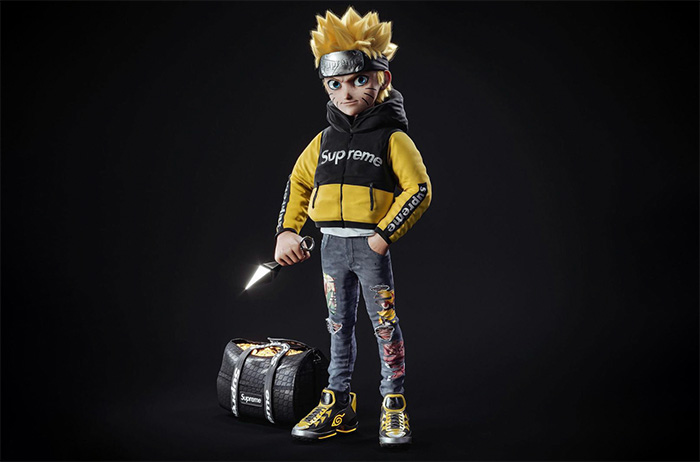 Making a light departure from the cheerful world of Kracov, 3D prodigy and artist, Gal Yosef, takes on a more suggestive approach depicting a darker, avant-garde version of familiar comic characters. At only 12 years old, Gal taught himself 3D design and began experimenting with digital sculpting. His works depict favorite comic characters with more adult-like personas, such as Yugi Mutou and Naruto, with luxury brand accessories and clothing.

Transitioning from the world of comics and adding cartoons into the mix, Eden Gallery artists Alec Monopoly and Angelo Accardi definitely do the art world justice in incorporating both subjects into their art portfolios. 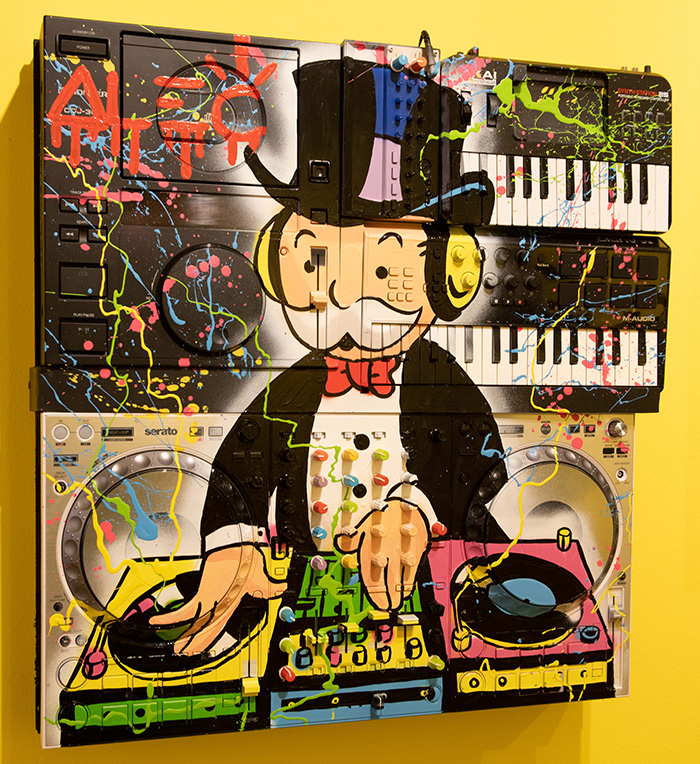 Alec Monopoly, the internationally celebrated graffiti artist, uses comics and cartoon characters like Richie Rich, Mr. Monopoly, and Scrooge McDuck. As some of the richest characters in the cartooniverse, Monopoly chooses them specifically, as commentary on luxury and excess. Using these subjects as satire for Capitalism, Monopoly continues to use his work to create a dialogue about pop culture and modern society. Alec’s street art can be seen all over the world in Urban environments. His work typically depicts the mustached, top-hat-wearing, Monopoly board game character performing a variety of activities, from sprinting with a money bag under one arm to spinning turntables as a DJ. The use of these cartoon characters in Alec Monopoly’s art serves to convey a message while remaining lighthearted. 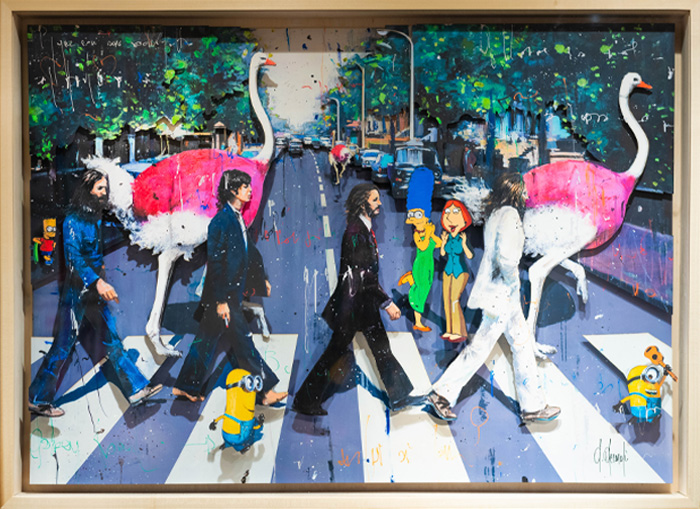 Deviating from Monopoly’s approach, Angelo Accardi takes a different spin in the way he uses cartoon and comic characters in his art. A modern day surrealist, Accardi takes symbols from pop culture to display social contrasts as he pairs them with many other clashing characters, settings and ideas. Accardi's paintings will often have icons from films and shows such as the Minions, the Simpsons, Family Guy, and other prevalent celebrities. Accardi himself says “In my artworks there are exponents of high and low class caricatures. It’s not difficult for me to choose between Elon Musk or Homer Simpson, so to do right by everyone, I portray them together as if they are old friends.” The eclectic range of objects and symbols portrayed in Accardi’s work reveal the contradictions in every day and come together to create a whole story in one frame.

Comic and cartoon characters in contemporary artwork can provide a familiar and accessible entry point for viewers, while challenging traditional notions of what is considered "high-end" art. Often used in a humorous way to express contrasts in  society, discover the creative ways in which Eden Gallery artists use comics in their art. See more unique artworks by Eden Gallery’s artists at the Eden Gallery website or visit a gallery near you today.