What is the Fourth of July?

The Fourth of July, also known as American Independence Day, commemorates the passage of the Declaration of Independence by the Continental Congress on July 4th, 1776. Independence day celebrates the establishment of a free and independent country. America's foundation is heavily reliant on freedom which allows for new opportunities across the developing nation. Since then, the United States has been positioned as the world’s dominant superpower. The rise of an “American lifestyle” gave American culture a global impact, as well as a significant role within the country itself. Not long after, something “American” would soon be recognized around the globe.

Many important U.S symbols represent America’s history, aspirations, and principles that the country was built on. These symbols create a sense of pride and unity in American culture.

The American flag has stood as a symbol of freedom since 1777. Its design embodies U.S history, patriotic ideals, endless opportunity, and the true meaning of being an American. The 50 stars represent the 50 states of the Union and the 13 alternating red and white stripes exemplify the 13 original colonies.

The Statue of Liberty is also a universal symbol of freedom. Originally, this Statue represented a friendship between the people of France and the U.S and their mutual desire for liberty. The Statue is now also a symbol of greeting, welcoming millions of immigrants into the U.S and giving them a sense of hope and opportunity. Just like the American Flag, The Statue of Liberty represents the United States itself and all of the values that the country embodies.

Although the early American symbols still hold an immense amount of value in the U.S, as years went by, specific icons began to take on the role of powerful signifiers because similar to the American Flag and Statue of Liberty, they carry complex cultural codes within their image. 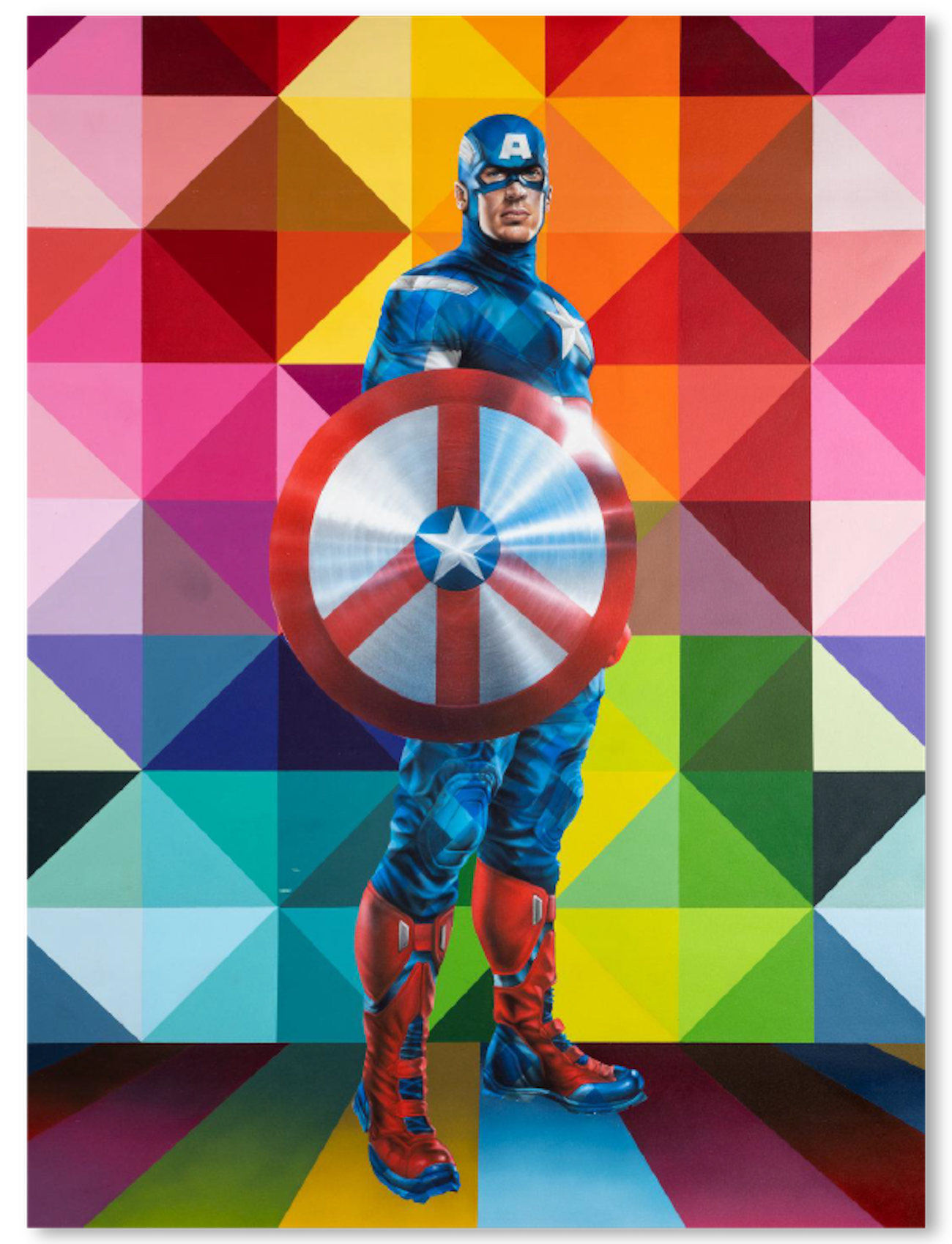 Americans were constantly exposed to new ideas, new stories and even new experiences  brought from immigrants coming to America in search of the “American Dream.'' This new sense of exposure took on an extremely influential role in people's lives. Because these new experiences resonated with many Americans, it created harmonious energy among different groups of people. Thus, the birth of popular culture, AKA  pop culture, which is made up of different aspects of society that are consumed by the majority of the population.

Pop culture was introduced into the American Lifestyle in the 1920s. People were introduced to jazz music, movies, automobiles, and nightclubs and reflected a whole new era filled with prosperity and freedom. Throughout the decades, pop culture has evolved tremendously and the art  industry began to play a huge role in influencing American society and culture.

The rise of Hollywood in the 1920s created a hub of entertainment that quickly gained a reputation as the land of prosperity and fame. Hollywood has become the world’s film capital and now has the power to easily spread beliefs, morals, and political influence on society. Cinematic heroes such as Quintin Tarantino and Martin Scorsese play an important part in implementing an immense amount of cultural influence through pushing the boundaries of filmmaking, and depicting a very realistic American underworld. Films such as Pulp Fiction, The Wolf of Wall Street and Goodfellas, also known as ‘Cult Classics’, deeply engage the audience and help shape and solidify beloved characters and empathic passions for their stories.

One of the most prominent aspects of the entertainment industry today is the importance of a celebrity. They play an integral part in the lives of their audiences through appearing on the television and the big screen.. Celebrities have a tremendous influence on pop culture. How they dress, what they eat, where they live, and every other singular aspect of their lives, influences people in today's society. Celebrities such as James Dean, Larry David, Uma Thurman, Leonardo Dicaprio, Marilyn Monroe, and many others have such an immense impact on society that they are considered representational Americans. 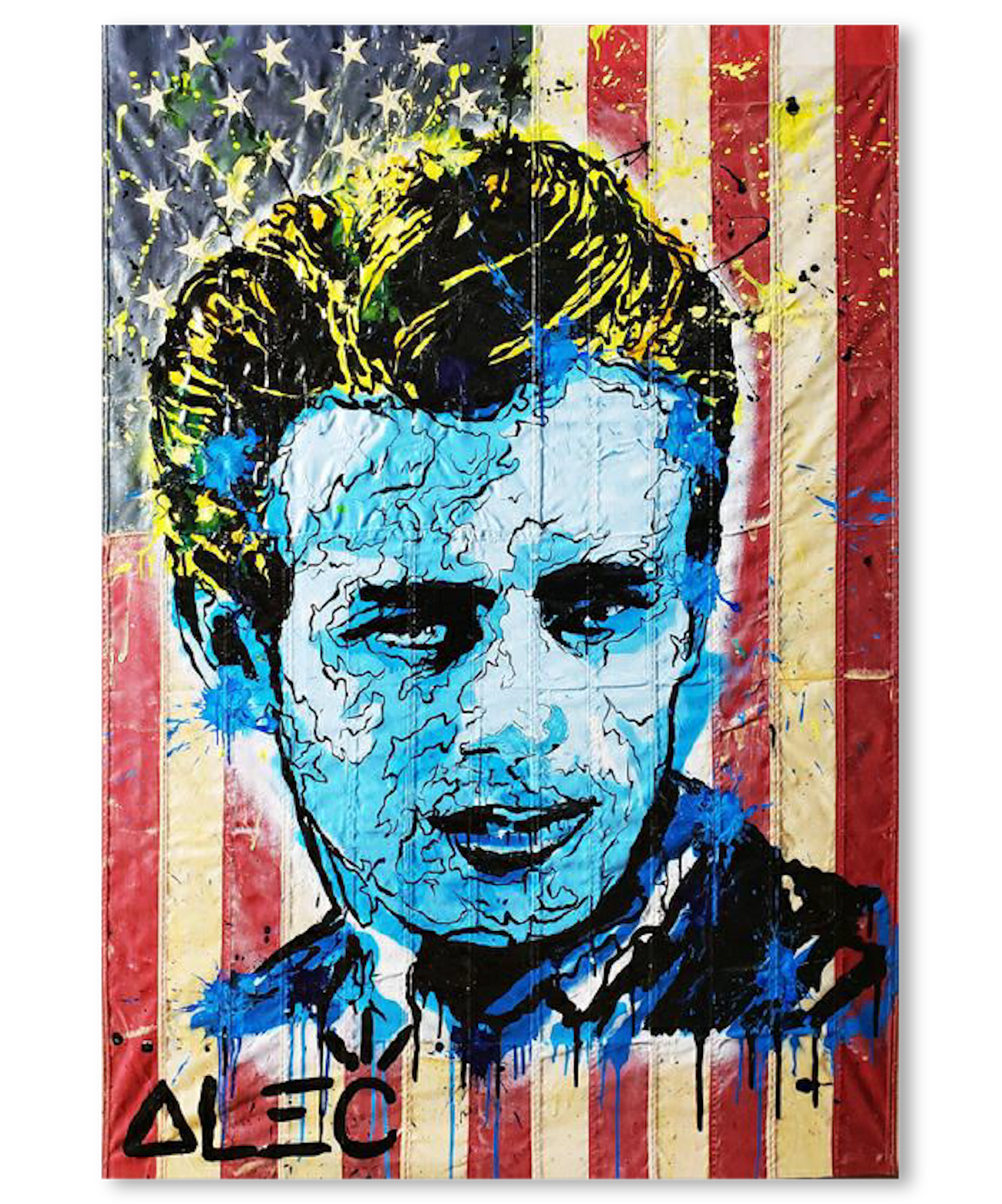 Similar to film, Music also has the power to inspire, inform, and aid in the formation of identities. Marilyn Monroe, an American icon, is the product of American popular culture. She had the power to appeal to society through her work and sensual image. Even after her death, she continues to be an American symbol.

The rise of rock ‘n’ roll quickly became deeply intertwined within popular culture. It became a symbol for the rebellious youth culture within America and it encouraged younger people to stray away from the more conservative American mold. Though rock’s influence no longer dominates the culture as it once did, rock ‘n’ roll icons, such as Kurt Cobain, rippled through American culture and made a lasting impact. As the face of the ultra-famous rock band Nirvana, Cobain transformed America's youth and continues to be known as an American icon.

After the rise of rock ‘n’ roll, followed the popularity of hip-hop as a genre in the early 1970s. Hip hop was initially known as a kind of street art. It began as a creative outlet for underrepresented black teenagers who lived in the South Bronx. The Notorious B.I.G (Biggie Smalls) had a huge impact on the hip-hop community. Biggie had a unique approach to music. His vocals alongside his storytelling lyrics allowed listeners  to relate to him on a personal level easily. Biggie set the tone for the future of hip-hop and put gangsta rap on the radar, living on as a hip-hop legend.

In 1984, the “King of Pop” was brought to American culture. Michael Jackson (MJ) was a legendary artist who revolutionized the music industry. His impact on pop music is undeniable. He brought and set records and transformed music marketing by combining visuals with music, as well as setting the high bar for all live performers to come. MJ challenged racial stereotypes by being a voice for sufferers of vitiligo, and helped pave the way for other African American artists. He shifted the framework of the way music was manufactured and marketed and has gone down in history as a legend.

On the 4th of July, it is important to recognize all the aspects of American culture that shaped America into the country it is today. Explore Eden Galleries ‘American Icons’ artworks dedicated to honoring the individuals who helped shape ‘American culture’. Visit the Eden website or your nearest Eden Gallery to see more.