The evolution of many talented artists over time reflects the ever-changing human condition in a progressing world. From the human body to social classes and textured backdrops, internationally celebrated artist Angelo Accardi’s story is rich and diverse. Accardi’s latest collection will be present in Dubai during the month of February, and his latest artworks can be viewed on the Eden Gallery website. 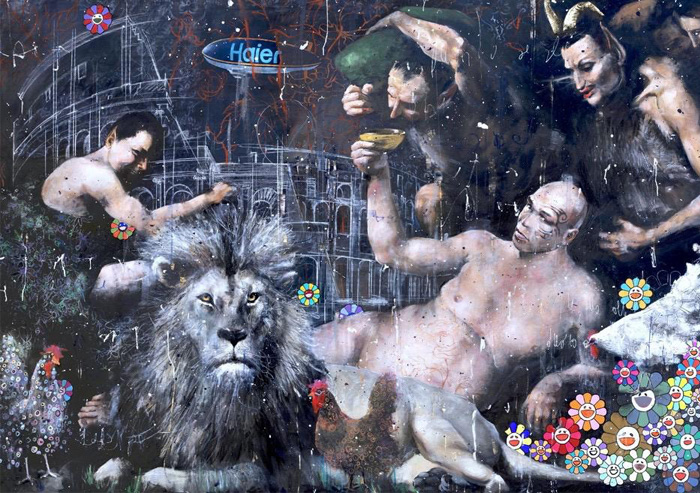 Born in a small town in southern Italy, Accardi’s debut on the art scene was strongly characterized by what in Italian art is referred to as “figura,” a representation of the human body, as well as by pictorial and symbolic art. He painted everyday scenes with a touch of ambiguity and mystery. Accardi is a modern-day surrealist, so his work is marked by illogical undertones rooted in the unconscious world. His Human Collection depicts figures masterfully veiled in a moist, cotton wool-like atmosphere. This ironic and surrealistic style collection has been exhibited in galleries as well as solo and group exhibitions around the world. 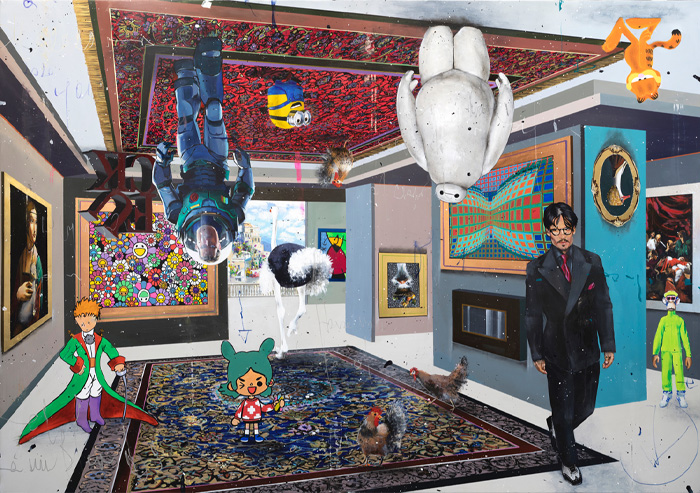 Stepping deeper into the unconscious world of Accardi, in an interview, when asked about his first memorable experience with art, he speaks about a work by local painter Biagio Mercadante. Accardi recalls being gathered in his high school hall one day where an artwork hung, leaving a deep impression and sensation that Angelo could literally enter the picture. This feeling is what Accardi recreates in almost all of his paintings. The collection called Misplaced further captures the essence of surrealism with his deeply complex and alluring masterpieces. It is focused mainly on studying humankind and the spaces they inhabit. The use of contrasting figures and symbols from the modern world and historically significant movements come together to create an entire story in one frame. 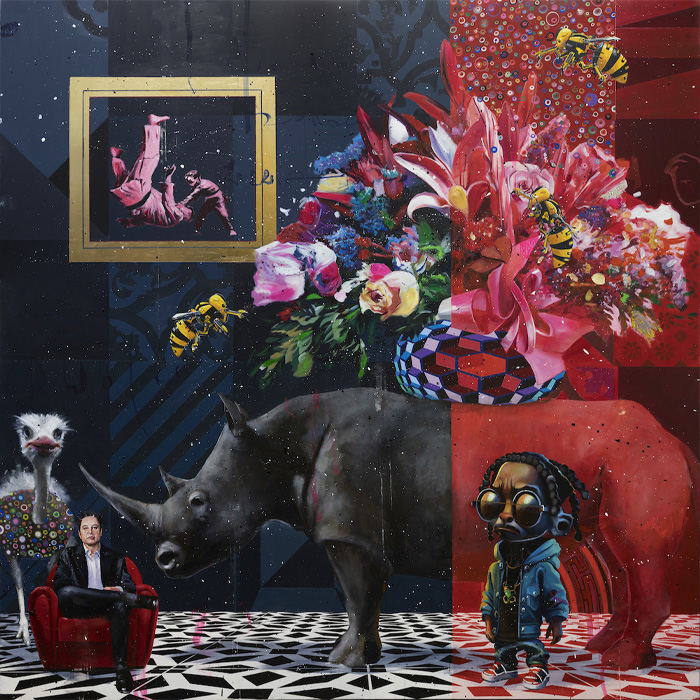 Part of what makes Angelo Accardi’s artworks have such deep and complex meanings are the elements of confusion and surprise. His more recent paintings are classified by the appearances of animals and characters from comics and animations against urban backdrops. The intention is to capture reality, imagination, narration, and dreams within one painting. In Accardi’s own words, he says, “for me, art has to do with freedom; a dimension of pure creativity, denied by any other category of work that has to submit to hierarchical obligations to control its activity. The artist is a strange creature who defies the laws of physics and challenges the order of gods to affirm his own rebellion that aspires to freedom.”

Angelo Accardi continues to create intensely elaborate and awe-inspiring artwork by channeling freedom, imagination, and contradicting ideas. A true storyteller and a master of surrealism, Accardi’s work inspires deep contemplation in the viewer. View more of Accardi’s latest works on the Eden Gallery website or in person at a local gallery nearby.