This past Sunday, Americans and worldwide supporters remember the historical series of events that shocked the nation to its core, on September 11th, 2001. With pleas to "never forget," the world paid tribute to the terrifying event that continues to ripple through American politics and public life.

More than two decades after the several attacks on the U.S’ most high-profile landmarks, 9/11 remains a point of reflection on the deadliest terror attack on U.S soil. The catastrophic sequence of events caused long-term consequences across the globe, shaping the day that signaled drastic change within the U.S in the very nature of terrorism.

Through the country's strength and resilience, the U.S has been able to overcome the 9/11 attacks and other acts of terrorism. The tragedy that occurred 21 years ago has failed to undermine America's values and weaken American society. Instead of harboring fear and oppression, Americans continue to embrace the democratic values and fundamental liberties that make the U.S such a strong nation. 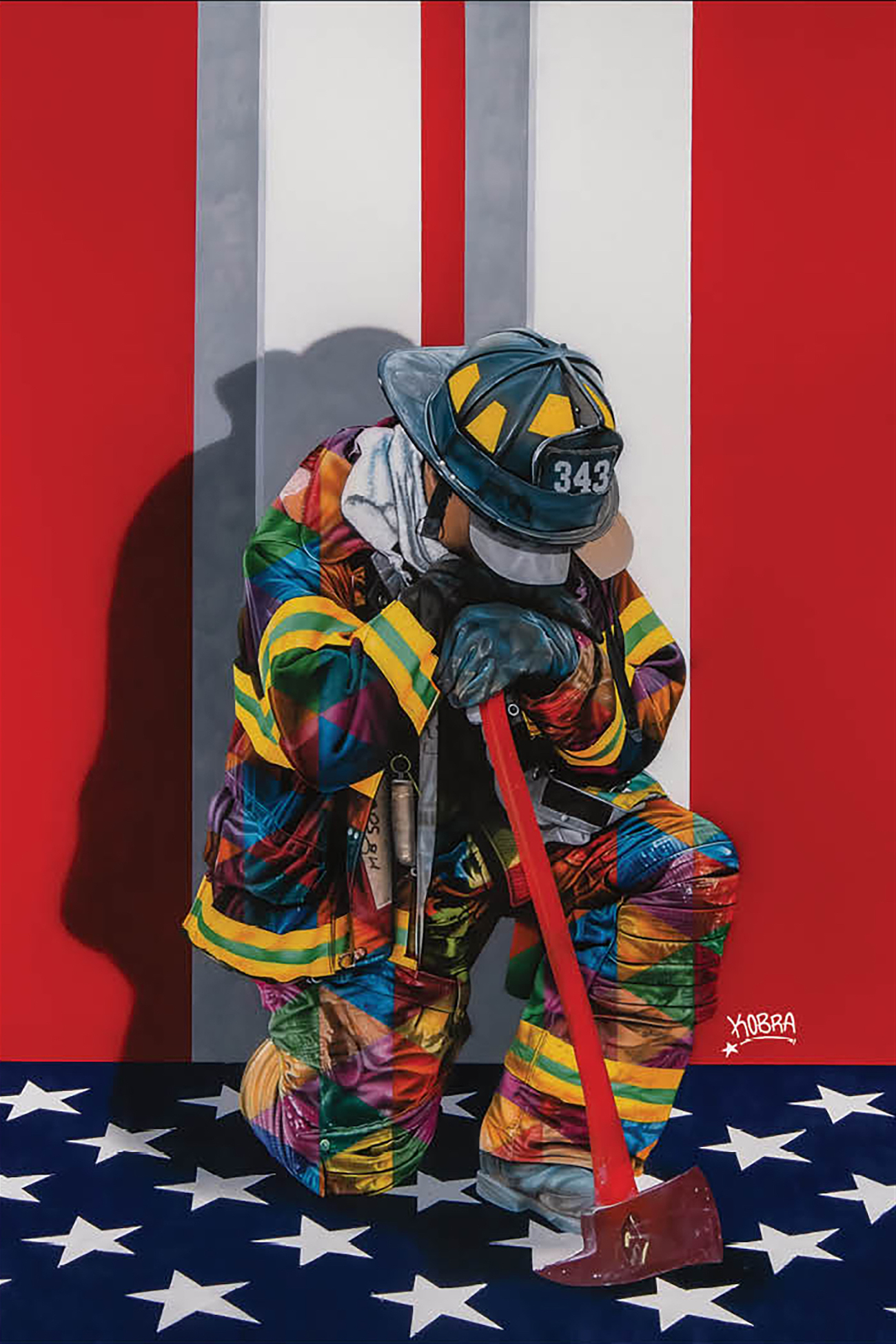 While applauding America's rigorous bounce back from a historical tragedy is extensively recognized, Americans continue to remember those who lost their lives when the U.S was not able to protect them. Nearly 3,000 innocent people had perished during the attacks, including more than 400 police officers and firefighters, who had lost their lives by rushing to the scene and into the tower.

Brazilian muralist Eduardo Kobra painted an extraordinary mural in 2018 to honor the notable firefighters who risked their lives during the fearful attacks.“The Brave of 9/11” is a recreation of a well-known photo that portrays a grieving firefighter during the aftermath of the attacks. While the mural conveys sorrow towards those who perished during the dreadful tragedy and solidarity for those who lost their loved ones, the mural also serves to commend the heroes who surrendered their own lives to save the lives of others.

The mural, displayed in the heart of New York City, pays an incredible tribute to the courageous men and women who fought bravely on a day filled with fear and terror. On the helmet that rests on the head of the mourning firefighter, Kobra wrote the number 343, referencing the number of officers and firefighters that lost their lives. The mural also represents the Twin Towers and the United States flag. The stars serve as a reminder of the civilians who lost their lives in the tragedy. Finally, the vibrant colors pouring out of the mural convey the message of life, restarting, and rebuilding. 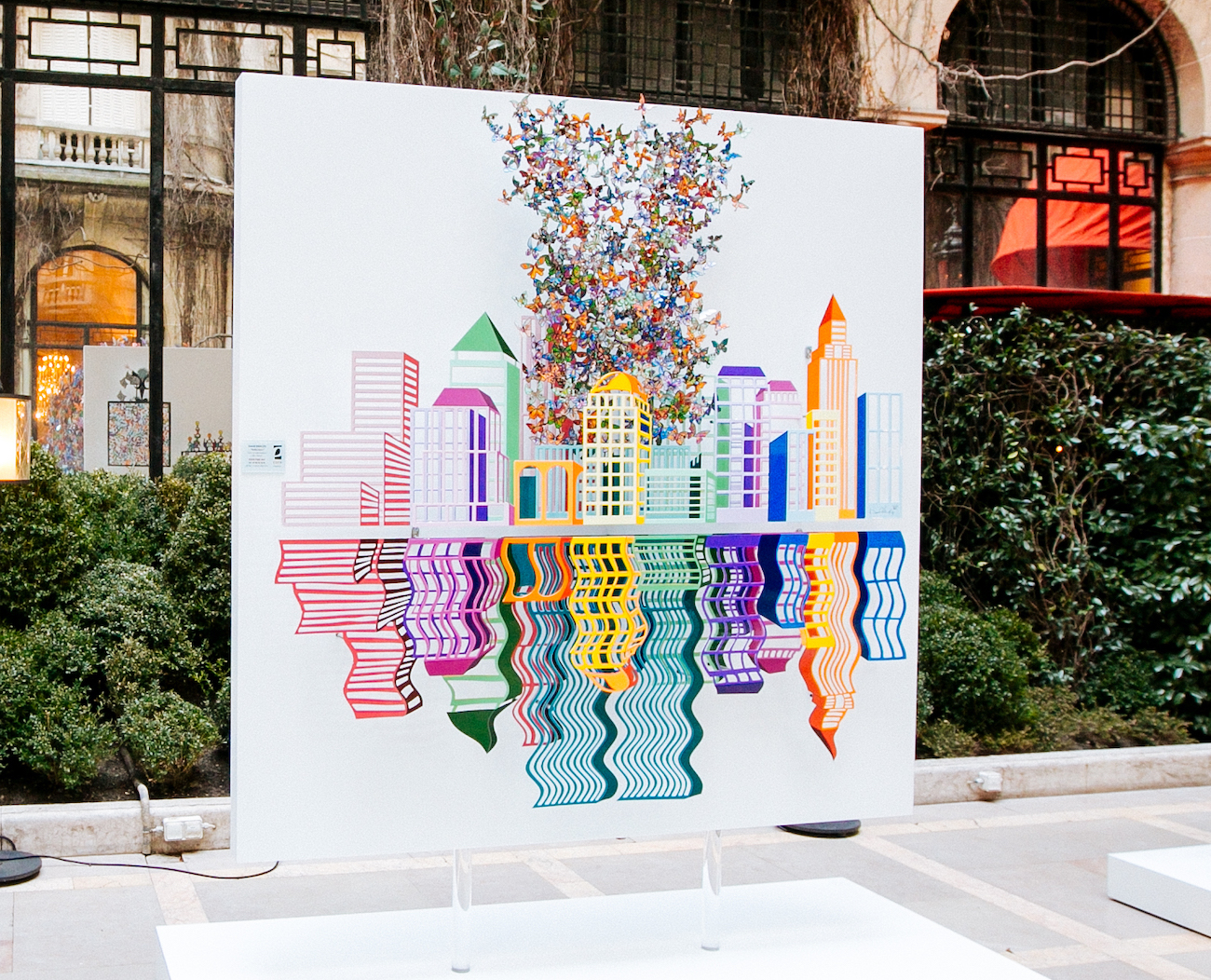 American painter, animator, and sculptor David Kracov spent a significant portion of his youth in New York City and wanted to create a work of art commemorating those who lost their lives on September 11. The exclusive Eden Gallery artist spent almost four years composing
"REFLECTIONS", a metal wall sculpture that held the same grace and color used for more lighthearted pieces while simultaneously reflecting on the tragedy that shook America to its core.

The moving sculpture depicts the New York skyline as 2,996 colorful butterflies soar towards the sky where the Towers once stood, each butterfly representing a life lost. This project aimed to create a symbolic sculpture that remembers those who perished and sends their souls home.

At Eden, we honor the fallen and survivors of 9/11 through our tributes in art. Explore David Kracov's complete 3D Wall Sculpture Collection and Eduardo Kobra's remarkable murals on the Eden Gallery website, or visit your nearest Eden Gallery location today.