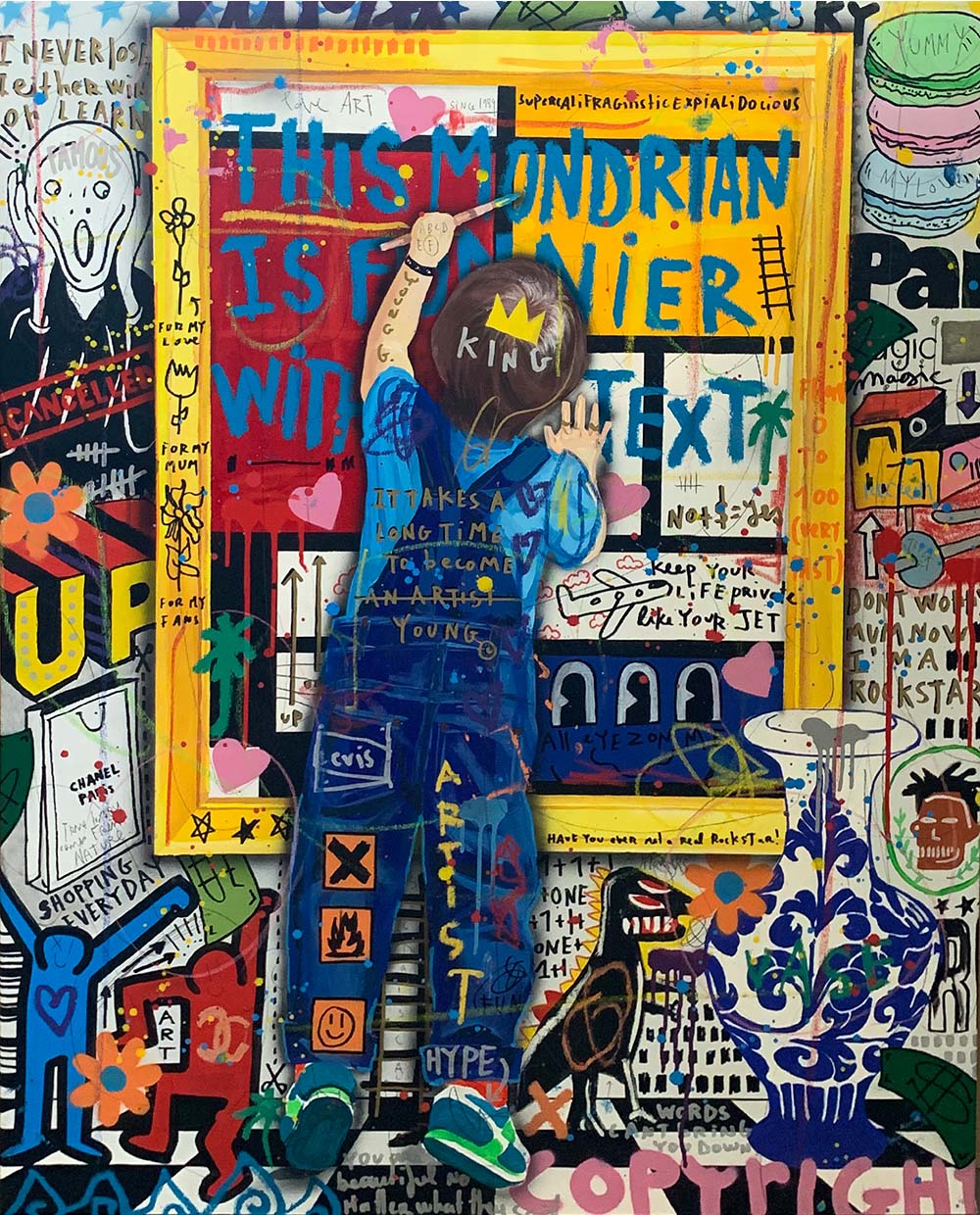 “Little Mondrian” by Jisbar is a Mixed Media Painting.
Contact us for more information about this artwork.

Those fascinated with street art know that it isn't just messy graffiti. Street art—and the complex, colorful subcultures that emerged from it—has been used throughout history to tell a story; to express identity; and also as a cultural commentary. Contemporary street artist Jean-Baptist Launay (AKA Jisbar) is this era's dynamic visual storyteller. He is celebrated for his elaborate reinterpretations of history's biggest paintings, not to mention his abstract hot-takes on both the pop-art movement and many legendary artworks by artists before him. Rich in bright colors, his art always includes references to classical art like the Mona Lisa, Gustav Klimt, Frida Kahlo, Jean-Michel Basquiat, and Andy Warhol, among others. His works go deeper than just a few drawings on top of the originals. Jisbar fills the entire canvas with hundreds of colorful and relevant designs, slogans, bold statements, powerful messages, and symbols, all coming together to form a cohesive and mentally stimulating masterpiece, encouraging the viewer to derive their own meaning from the organized chaos in front of them. Jisbar has displayed work in galleries all over the world, and was the first person to ever fly his own painting to outer space on the 500th anniversary of Leonardo Da Vinci's death. The artwork he launched was a reinterpreted version of the Mona Lisa, and it floated 33.4 km above earth for 1.5 hours. He has participated in collaborations with BMW, Armani, LG, and the World MotoGP champion Fabio Quartararo. 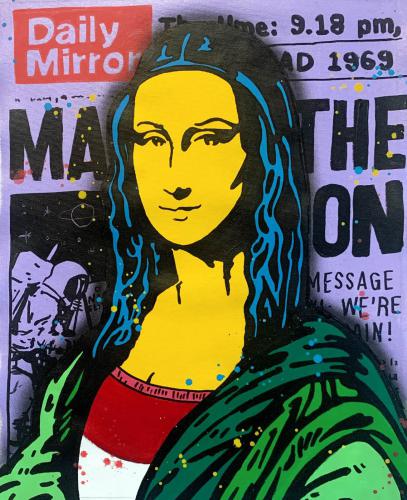 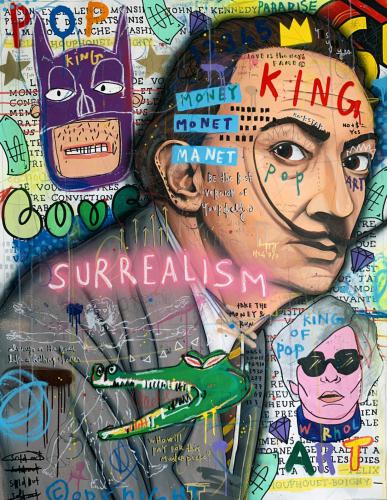 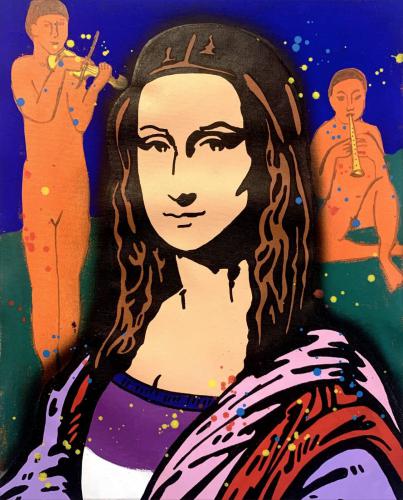 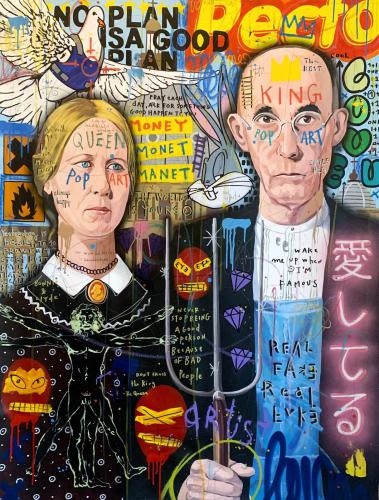 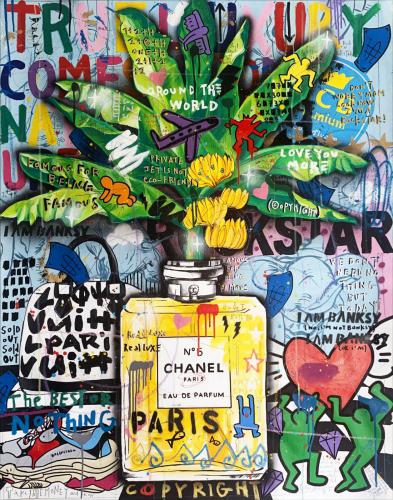 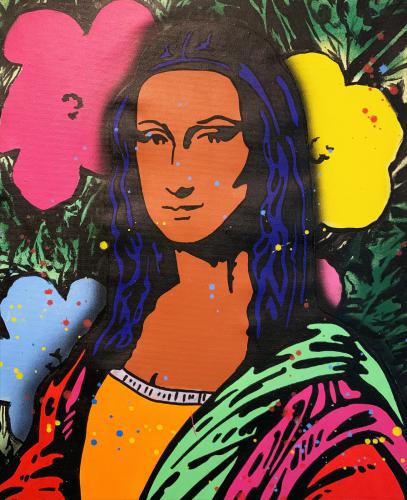